The iPhone 8 and Galaxy S8 may come with 'edge-to-edge' screens, how is that possible? Sloping display, under-glass finger scanner - this OLED iPhone 8 concept fleshes out the rumored redesign
"Edge-to-edge," "bezel-less," "all-glass," "90% screen-to-body" - these are all terms bandied about by analysts and "insider sources" when it comes to the upcoming 2017 flagships from the world's top phone makers Apple and Samsung. We don't need to sell you on the benefits of having the largest possible screen area in the smallest possible footprint without compromising ergonomics and ease of use, of course, but if you can't help but wonder how Apple or Samsung are going to achieve it, look no further than this primer.

In one sunny day in mid-April, reputed Apple analyst Ming-chi Kuo dropped the bombshell that next year's iPhone will have an "all-glass enclosure." Wait, why was he talking about the iPhone 8 when the iPhone 7 was still in a prototyping stage? Well, because apparently Apple was moving to а tick-tock-tock upgrade cycle, and the big design overhaul that usually happens every other year, has been spared for the tenth anniversary of the OG iPhone that just happens to be in 2017.

Bloomberg: the OLED iPhone will have a new look that extends glass from the display to the device’s back and edges

Since then, many "bezel-less" or "edge-to-edge" rumors have pointed to an iPhone 8 that will be mostly screen at the front, which, coupled with the rumored move away from metal for the chassis, might explain the "all-glass enclosure" prediction. This also jibes in with the parallel speculation that there will be a "premium" iPhone 8 model with curved 5.8" flexible OLED display with 5.2" active area - the panel's cover glass might fuse almost seamlessly with the glass chassis, similar to what Samsung did to the sides of the Note 7, but with even less bezel at the top and bottom.
The other tricks Apple might be employing for this OLED-based iPhone, is embedding the home button/finger scanner duties, as well as the light and proximity sensors, under the display itself, and moving the front camera at the bottom, while replacing the earpiece with "something terrific" as president-elect Trump likes to say. Are there any Apple patents that hint at such moves? You bet, check them out below:

Apple has been granted several patents for an all-glass, curved display phone. and under-glass finger scanners Moving on to the Galaxy S8. Coincidentally enough, it is also rumored to undergo a major redesign, and sport an edge-to-edge, bezel-less display at the front. Rumors about this one go even further - the current speculation is that Samsung may enlarge the screens of the two expected S8 models to soother the pains of Note 7 fans, and go all the way to 5.5" and 6.2" flexible OLED panels, curved at the sides, including the top, in order to achieve an overall footprint similar to the sizes of the S7 and S7 edge now.
The S8 is rumored to ditch the home key for under-the-glass solutions, too, so that “Samsung Display would roll out a full-screen display whose display area ratio reaches more than 90 percent next year,” as per the words of Park Won-sang, a Samsung Display researcher. Samsung's VP of mobile Lee Kyeong-tae also chimes in that the upcoming Galaxy S8 will feature a "slick design." Has Samsung patented some of the technology needed to get there? It has, just look at those patent filings below: Engineering tricks for the bezel-less future

If you think that the "all-glass" iPhone 8 or the "full-screen" Galaxy S8 rumors are too futuristic and out there to be true, they are not, especially for the richest company in the world, and its chief competitor in the phone realm. These technologies already exist, and some of them are even in phones you can get right now - the Xiaomi Mi Mix concept, or Sharp's Aquos line come to mind. Others have been announced and shopped around to phone makers by their inventors, but are not yet present in a handset. So, what are the engineering tricks Apple and Samsung might employ to get to the eventual "bezel-less" iPhone 8 or Galaxy S8?

The common theme in the rumors about the iPhone 8 and S8 is that they will utilize OLED displays. While that's nothing surprising for Samsung, which has been donning Super AMOLED screens since the S1, it will be a first for Apple. Given how Apple has mastered the LCD screen craft, with the iPhone 7 and 7 Plus the first to sport wide color displays with automatic support for the DCI-P3 gamut, it's hard to imagine a move to OLED because LCD has hit its limits for the team from Cupertino. That's not even mentioning the supply and yield issues that would arise from a complete move to OLED, given that Samsung has a near-monopoly on those, with LG, Sharp and some others picking up the slack.
It's more likely that Apple may have chosen OLED for the "premium" iPhone 8 model because of the only characteristic that LCD panels can't go up against - the ability to produce OLEDs on a plastic, instead of glass substrate, so they can flex without breaking, and still retain the image shown. Those bendy OLED panels can stretch all the way to the edges of a phone, and even waterfall from all sides towards the rear, making for one uninterrupted, bezel-less, all-glass look.

This iPhone 8 concept imagines flexible OLED curved around the sides Such a design, for instance, allowed the Note 7 to be the narrowest, most compact Note ever, including the 5.3" OG Note, and might have something to do with the claims that the iPhone 8 and S8 will fit larger screens in bodies with the current footprint of Apple or Samsung flagships.

If Sharp or Xiaomi can do it, Apple and Samsung won't even blink
Now, these are tricky. At the top bezel area of today's phones, we are used to seeing plenty of indispensable components nesting comfortably - the earpiece slit, the front camera, the light and proximity sensors, the notification blinker, and even LED flashes or iris scanners. Where will those go if there is no, or a very minimal top bezel? Sharp and Xiaomi already give a hint
Well, there are precedents. Sharp was the first to pave the way with its EDGEST phone line, and we even got one of its phones that sold in the US on Sprint as a living proof the top bezel can go. What Sharp did is fit a very narrow earpiece slit towards the top of the frame, and move the sensors as well as the selfie snapper to the bottom bezel that would otherwise be pretty devoid of components. as its phones feature on-screen keys. The later iterations of its EDGEST chassis, like the Sharp Aquos Crystal, ditched the earpiece altogether, for the sake of a direct wave receiver that vibrates the entire screen to produce sound – similar to the bone conduction technology we’ve seen implemented by other phones.
That is the same premise used in what is perhaps the closest you can get now to an edge-to-edge display phone, the Xiaomi Mi Mix. This one deserves a special mention, as it fits a 6.4" panel in a body more akin to a 5.7" phone. It places the tiniest selfie snapper that could be found at the bottom, uses piezoelectric ceramic acoustic system for phone calls, and replaces the typical infrared proximity sensor with a sonar of sorts.
According to most reports, these all work as advertised, save for the ceramic resonance which is not as loud in phone calls, as one would get with a regular earpiece slit and speaker combo. Funny enough, fusing it all together was done with the ancient mortise and tenon technique instead of copious amounts of adhesive, but we doubt this would be the assembly tech on the iPhone 8 or Galaxy S8, as these likely will need to be waterproof, too.

There is no denying that if Apple gets rid of the circular home key it's had on iPhones from day one, it will be able to fill much more of the front area with screen. Currently, both the smaller and the larger iPhone models aren't exactly poster kids for the bezel-less future, and the circular shape of the home button, physical or pressure-sensitive, has a lot to do with it. Samsung gets away a bit easier, since it employs a more squished, elliptical finger scanner, but still its bottom bezels aren't what they could be if there was no home key.
Therefore, getting rid of the home buttons would work wonders towards a bezel-less future, and, with the Galaxy S8 and iPhone 8 both likely to sport pressure-sensitive displays, some sort of physical feedback could still be there for the nostalgic, too. Just look how the 6" Mate 9 with no home button and on-screen navigation keys fits in the footprint of the 5.5" 7 Plus in our size comparison below.

One of the problems with creating an edge-to-edge display phone might be the now-obligatory finger scanner. Of course, those can be moved tothe back, like on the Mi Mix, and a lot of other big-screen phones out there, and this would make it easier to operate them when holding the phone with one hand, but you still have to pick up the phone and do it, even if you just want to check on a message when the phone is lying flat on the desk next to you.
Enter a few under-the-glass finger scanning technologies that might hint at what's to come with the iPhone 8 and Galaxy S8 next year. The Koreans from Crucial Tek were first to announce such a solution, then Qualcomm's ultrasonic one followed, and the Synaptics juggernaut wasn't far behind. One of these technologies below might be just what the doctor ordered so that the iPhone 8 and S8 ditch the home key/finger scanner combo for good. 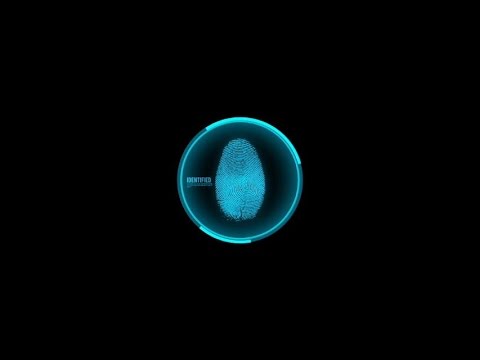 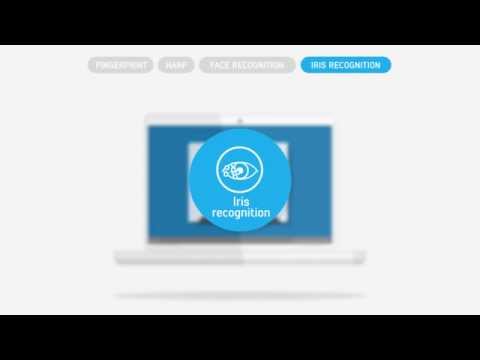 It may not be an accident that Xiaomi outed the Mi Mix, or that Huawei and Meizu are rumored to be working on phones with an edge-to-edge display, too. Every bit of analysts' speculation or insider tip points out that Apple and Samsung are prepping such devices for next year.
Given how the Mi Note 2 followed the Note 7 design before its demise, or how Huawei announced a phone with pressure-sensitive display a week before the 3D Touch-laden iPhone 6s, we can see a pattern here. The Chinese juggernauts may be scrambling to create alternatives to the rumored bezel-less iPhone 8 and Galaxy S8, as they are accustomed to, which may serve as a tangential proof that where there is smoke, there usually is fire, too.
The technology to build a phone that is 90%+ screen at the front is already out there, as we showed you above, and Samsung or Apple aren't exactly spring chickens when it comes to handset manufacturing. Now, the ergonomics and software side of things for the edge-to-edge era are still up in the air, but a largely bezel-less device - puhlease, said Sharp and Xiaomi - it's totally doable for the world's most profitable phone makers. What do you think?
Edge-to-edge iPhone 8 concept images: Matteo Gentile
SUBSCRIBE TO OUR NEWSLETTER!