Motorola Android
Peter Kostadinov
26
We may earn a commission if you make a purchase from the links on this page.
Motorola’s reinvigorated desire to bring back a classic was timed perfectly with the advent of foldable phones. In other words, the first Motorola Razr was an intriguing proof of concept that had some shortcomings but ultimately resulted in the first modern clamshell foldable phone. There’s a new Moto Razr out now, with 5G support and quite a few changes over the first Moto Razr that was unveiled in 2019, but are those changes enough to justify the $1399 price tag, especially with more competition lurking around the corner? Surely, the new Razr is a bit more affordable than the Samsung Galaxy Z Flip, but is it the better device?
Sadly, it isn't.
The honeymoon phase with the novel form factor and overall compact design quickly end once you get acquainted with the Moto Razr 5G's quirks and shortcomings that can be traced to the design of the device itself. Its design has some usability flaws that hinder the user experience, the performance isn't very good, the camera isn't very versatile and the image quality is okay at best. On top of that, the Moto Razr 5G might unpleasantly surprise you with its peculiar connectivity issues and thermal throttling that might kick in when playing games. All in all, those issues are not befitting a $1,399 phone.
It's not all bad, though: the Moto Razr 5G has a pretty good battery life and its external display is actually useful.
To sum up, the Moto Razr 5G is a mediocre phone, and with such a high price tag it is pretty hard to recommend. It still feels like a proof of concept that isn't ready for the primetime.

The iconic clamshell design of the Razr lineup has been further perfected on this new Razr 5G. A mechanical triumph of glass, metal, and some plastic, the new Moto Razr is a celebration of form over function, and boy, is it a head-turner! The iconic design of the Motorola Razr still catches the eye nearly two decades after the original Razer was released. It’s a beautiful gadget, but not necessarily a joy to use as its overall design has its quirks.

Actually, the display itself is not fixed into place. The entire lower part of the screen slides beneath the thick front chin of the phone during the folding process, and that was pretty startling for me. There’s also a very tiny gap between the display itself and the frame of the phone, which isn’t a problem until you realize it has developed hunger for human hair and would regularly pluck you when you’re having a call. Ouch!


In its folded state, the phone is very compact but slippery as well. That’s why handling it carefully shouldn’t be an afterthought. If you’re an avid fan of physical fingerprint scanners, the Moto Razr 5G will turn your life into living hell. Don’t get me wrong, the sensor works like a charm, but its position at the rear of the device isn’t very comfortable. I struggled to locate the scanner a few times, and in one instance I was this close from dropping it onto some solid concrete.

The main display of the Moto Razr is definitely the star of the show on the Moto Razr. Unlike other foldable devices, the screen doesn’t have such a pronounced crease. In terms of size, the display is small by today’s standards, and even though the diagonal measures up at 6.2 inches, the thick bezels create the illusion of a much smaller screen. The fact that it’s an OLED panel should tell you that it has excellent contrast with perfect blacks, punchy colors, and great viewing angles. The only big thing missing here is a high-refresh rate, but honestly I don’t miss it one bit here. 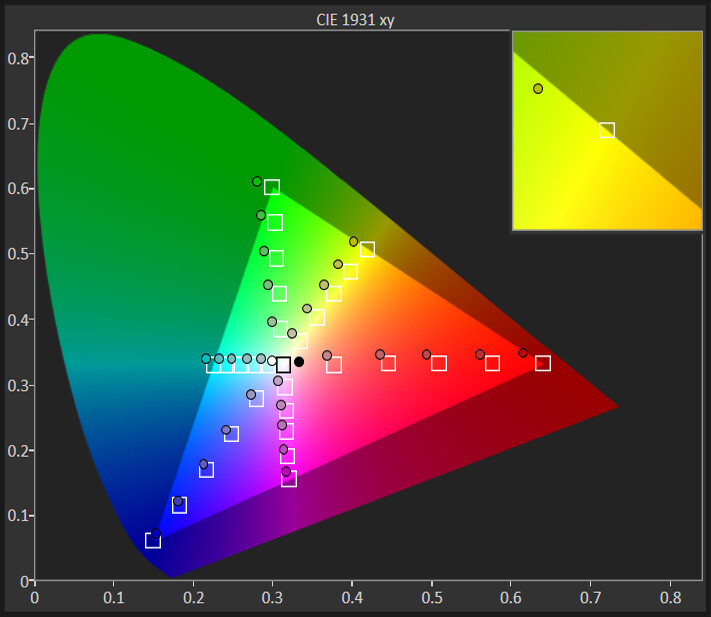 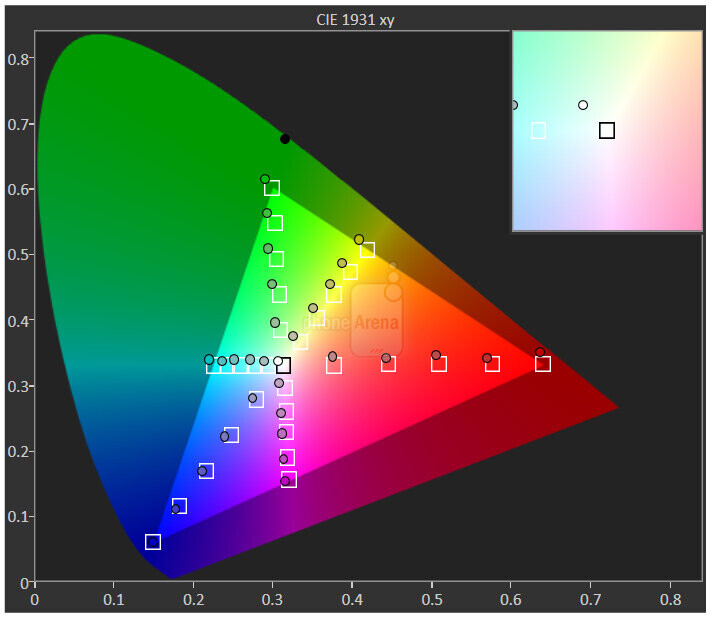 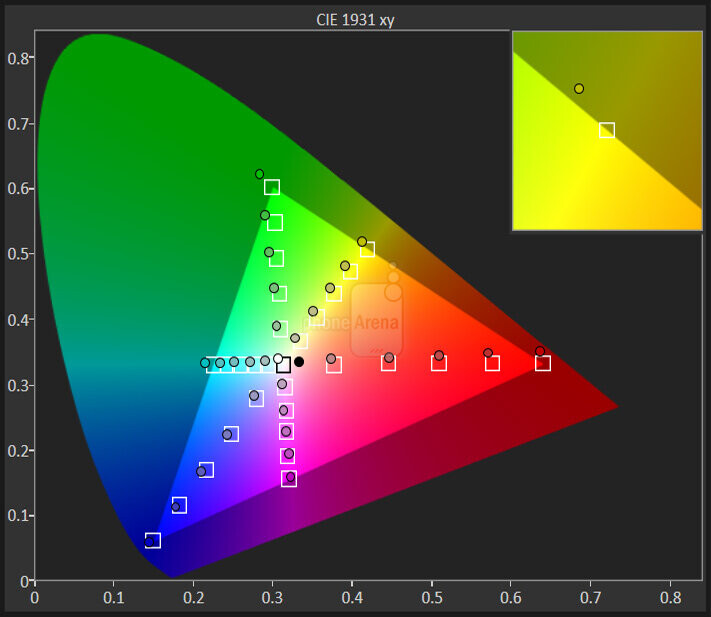 To my surprise, the external Quick View display of the Moto Razr 5G turned out to be extremely useful. Despite its humble size of 2.7 inches, you can offload a few important phone functions to the external display. You can check your notifications, read emails and messages, watch YouTube videos, and even play an optimized version of the classic game Astro Odyssey.

You can actually run any of your apps on the external display, just have in mind that Motorola doesn’t guarantee any of these will work as intended. Doing that is not very comfortable for longer periods of time but definitely saves you time to open the phone and also helps you conserve your available battery life.


While the fingerprint scanner is fast and precise, it felt uncomfortable for me to use, so I resorted to facial unlock. Generally not as secure, it was miles more convenient and the great thing here is that it works pretty fast with either the main or internal selfie cameras, so you can use it regardless if the phone is folded or not. Ditching the fingerprint unlock for the facial method was a major boon to my overall satisfaction with the Razr.

Performance is okay for the most part. The Snapdragon 765G/8GB RAM combo copes very well with mundane everyday tasks like web browsing, light multitasking, and juggling between several heavy apps.

You’ll most certainly run into issues when trying to play games on the Moto Razr 5G. Initially, the phone will run these just fine, but after a brief gaming session the phone gets noticeably hot and the thermal throttling will lead to a perceivable loss of performance. I experienced this while playing both 2D and 3D games, but Minecraft truly was the bane of the Razr 5G. While I was chopping down trees and trying to live a simple man’s life, the posh foldable phone struggled to cope and had to throttle down the performance as the battery’s temperature exceeded 112 Fahrenheit. That’s not only uncomfortable to endure for your bare hand, it’s also shortening the life of the phone’s battery in the long term. Needless to say, probably don’t consider this device if you’re a gamer.

Yes, the new phone supports 5G, which makes it pretty future-proof. However, we experienced a Wi-Fi connectivity issue that varied the strength of the network depending on the way you’re holding the phone. Cupping the chin or the lower part of the phone with your palm would result in loss of Wi-Fi signal strength. We experienced this issue with two separate units of the Razr 5G, so it’s unlikely a faulty unit.

This compact foldable phone comes with a 2800mAh battery. That's pretty humble as of nowadays' standards, but to my surprise, the battery life wasn't atrocious. I was prepared for a disappointment yet the Moto Razr lasted me a full day of light usage, consisting of tons of web browsing, messaging, a bit of social media, and a couple of short YouTube videos.

It took the phone 1 hour and 42 minutes to get fully charged thanks to the 18W Turbo Power brick included with the phone.


There is a single camera on the Moto Razr 5G, and while it would have been nice to have a ultra wide or telephoto camera, the main shooter is good enough. The 48MP main camera has scored a laser autofocusing system and OIS, while the 20MP selfie camera produces much better selfies in comparison with the first Razr. Have in mind that both of these cameras use quad-pixel binning, so you will usually get 12 and 5MP images, respectively.

In terms of image quality, the new Razr produces images with punchy colors, okay dynamics, and decent details. However, colors are often too vivid and unrealistic, especially when shooting neon signs or bright flowers, while details are in no way befitting a $1399 phone. Still, if you’re shooting in bright daylight, the image quality is good enough, but don’t expect to be truly awed.


Thanks to the Night Vision camera mode, low-light performance is more than adequate and produces great images, with pleasing colors, details, and dynamics.

The selfie camera is generally okay, but it's advisable to fold the phone and use the main camera for regular selfies or portraits as the images will be better in any way. The internal selfie camera is only good for video calls and should probably be avoided for regular selfie-taking if possible, as the main shooter is better in any way. Surely, it’s a bit more difficult to frame your selfie on the landscape external display, but it’s worth the hardship.