by Damian M.
May 29, 2017, 3:19 AM
Samsung is no stranger to mid-rangers. In fact, it has several Galaxy series that fall into that category and are mainly targeted towards developing markets. Usually, such devices are pretty straightforward and feature little to no interesting aspects. However, the upcoming Samsung Galaxy C10 will allegedly set itself apart from other Samsung handsets by being the first phone by the South Korean manufacturer to come with a dual-camera setup.

About two weeks ago, we thought we've seen our first glimpse of the device in a promo shot, picturing it in Rose Gold, but this turned out to be a fake. Now, we get a new look at the device in the form of a computer-generated render of the Galaxy C10, courtesy of the prolific “Tech Leaks SupaStar” @OnLeaks. If the leak is to be believed, the render is based on factory CAD files.

The device in the gallery below appears to be very similar to the alleged promo shot we came across earlier this month, and comes with the same overall design of the sketch that first hinted towards a dual-camera Galaxy. A closer inspection of the render also reveals a dedicated Bixby button, as suggested by previous rumors.

A feature that was missing in the sketch and the fake promo shot, but is present in this render, is the dual-LED flash next to the camera lenses. Other than that, the device appears to be equipped with a USB Type-C port and a 3.5 mm jack on the bottom.

Of course, as is the case with any unconfirmed leaks, do take this with a grain of salt, but also make sure to check out the gallery below. 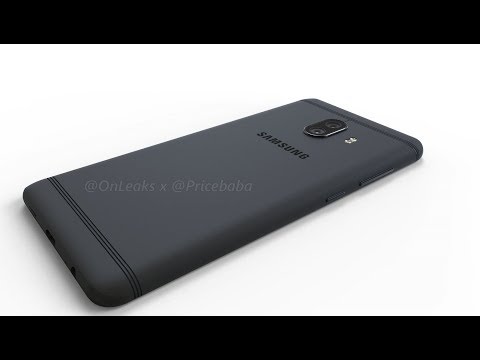