by John Velasco
Jun 20, 2019, 5:31 AM
What we have here are two amazing budget-friendly mid-rangers, with very similar prices attached to them. On one side, we have the Google Pixel 3a XL, a champion in its stable, while on the other is the newest challenger in the space, the Moto Z4. If you’re looking to invest in only one of them, then you’ll want to read on to find out what makes these two phones different.

Depending on your taste, you may be swayed by one design more than by the other. The Google Pixel 3a XL is cute and cuddly looking with its polycarbonate casing, while the Moto Z4 flaunts a more industrial look with its glass-meets-metal construction. Holding the two in our hand, there’s no denying the more premium feel of the Moto Z4 – so that alone may appeal to people more. Another noteworthy point is the modular aspect of the Moto Z4, which can tack on new features through the vast collection of Moto Mods that are available. This, combined with its more premium look, absolutely gives the Moto Z4 the advantage in this round. See the full Motorola Moto Z4 vs Google Pixel 3a XL in real size or compare them to other phones using our Size Comparison tool.

The specs of the two displays aren’t too different, as the Pixel 3a XL packs a 6-inch 1080 x 2160 OLED display – while the Moto Z4 sizes up with a 6.4-inch 1080 x 2340 Full Vision Display. Both are equally detailed, offer exceptional viewing angles, produce accurate colors when set to natural color mode, and have somewhat similar brightness outputs.

Still, we’re giving the slight edge to the Moto Z4 for a number of reasons. First of all, it goes after the all-screen look that most of today’s high-end smartphones strive for by minimizing the bezels around the display. Additionally, the in-screen fingerprint sensor makes for a sweet addition – giving it more of that flagship-caliber feel.

Google's clean version of Android is prized among enthusiasts, so that would lead most people to believe that the Google Pixel 3a XL would automatically be the preferred choice. While that could be the case, you can’t count out the Moto Z4 either, not only because it’s close to “stock”, but also for the fact that Moto’s experiences continue to be an asset. Both experiences may offer their own novelties, like squeezing the Pixel 3a XL to initiate the Active Edge function to summon Google Assistant, or perhaps the chopping motion to turn on the LED flash on the Moto Z4. One last point worth mentioning, however, is that the Pixel 3a XL will more than likely be greeted to the latest Android updates first. Now this is an interesting area, mainly because both phones pack mid-range chipsets. For the Google Pixel 3a XL, it’s the Snapdragon 670 – while the Moto Z4 packs the Snapdragon 675 SoC. On the surface, it’s really difficult to determine which of the two is snappier, seeing that they both offer tight responses when it comes to basic tasks. Meanwhile, the synthetic benchmark tests don't cough up any concrete results to determine the bigger powerhouse between the two. Then again, we can agree that neither handset would be ideal for heavy gaming, due largely to the choppy performances they deliver.

When it comes to storage, though, there’s no arguing that the Moto Z4 has the advantage all the way. There’s no questioning this category, just because the Moto Z4 offers double the storage at 128GB – versus the Pixel 3a XL’s capacity of 64GB. Furthermore, you get expandable storage with the Moto Z4 courtesy of its microSD card slot, which isn’t something available with the Pixel 3a XL. If there’s one single thing that these two smartphones have taught us, it’s that you don’t need any fancy dual-camera system to produce outstanding photos – you can still achieve excellent results with a single camera! You could say that a lot of credit can be given to how these cameras are driven by AI and post processing enhancements. The Moto Z4 is armed with the largest sensor the company has put into a phone, a 48MP sensor that produces 12 MP photos by default. On the flip side, the Pixel 3a XL comes with a 12.2MP camera paired with an f/1.8 lens. With their front-facing selfie cameras, we’re dealing with a 25MP camera in the Moto Z4, while the Pixel 3a XL is flaunting an 8MP one.

After snapping countless photos of the same scenes, it’s still tough to make a determination in who’s the better one. Generally speaking, they both take exceptional-looking photos for their price points, but if we’re to consider the total package, we’d give the Pixel 3a XL a slight advantage. Both cameras handle well-lit scenes well, delivering sharp details and great dynamic range. The Moto Z4 tends to slightly overexpose, whereas the Pixel 3a XL has a more realistic, neutral exposure – while also offering just a smidgen more saturation with the colors. Scenes under weak lighting can still turn out favorable, just as long as there’s some sort of strong light source somewhere for better contrast. Looking closer at the samples, it’s evident that the Pixel 3a XL offers the better dynamic range, seeing that highlights are better exposed – whereas they’re blown out with the Moto Z4. Leveraging their respective night modes, it’s again the Pixel 3a XL that captures our attention for having the better results. Again, the Moto Z4 is aggressive with the exposure, resulting in softer details and more noise in the shadows. In comparison, the Pixel 3a XL’s photos may not be as bright, but it produces the better details and more realistic color tones. 
When it comes to snapping selfies, we’re shocked to see that it’s the Pixel 3a XL that’s delivering the better results. Details seem almost similar, with a very slight advantage to the Moto Z4, but the Pixel 3a XL’s selfie camera does a significantly better job with dynamic range. You can see in our samples how the entire scene is properly exposed, whereas the Moto Z4 has difficulty in properly exposing the background. For recording video, we kept the two phones at 4K UHD 30FPS. And just as you’d expect, both phones produce favorable video footage when the lighting conditions are ideal, seeing that there’s an abundance of details and rich colors. Although, the Moto Z4’s stabilization appears to be a bit more erratic than the Pixel 3a XL. Under low light situations, there’s nothing worth boasting about with either performance, as they tend to turn out softer in tone, noisy, and lack fine details. When it comes to recording video, we can probably say that the two are evenly matched. They’re good to use when the conditions are just right, but fair at delivering anything decent under low light. 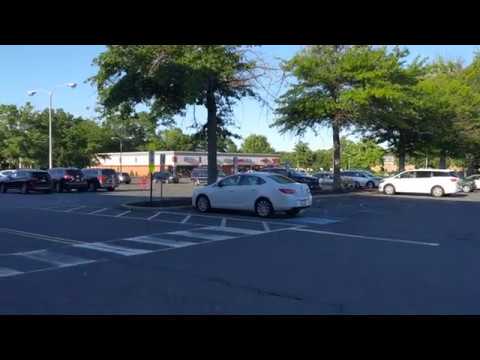 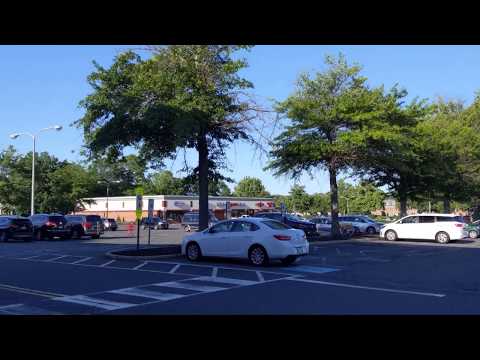 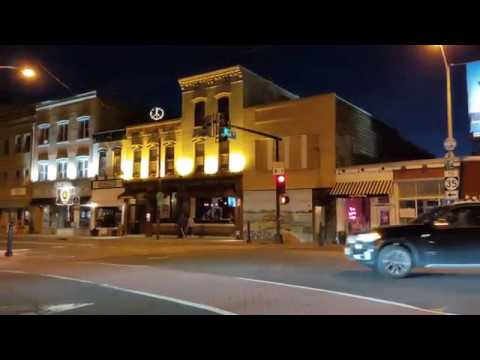 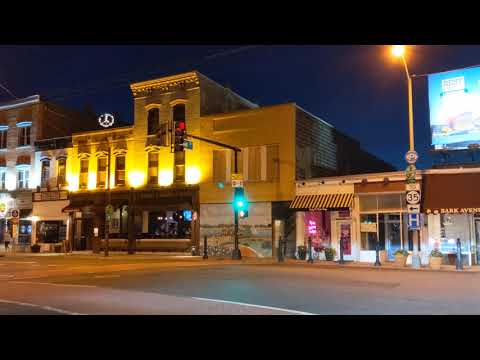 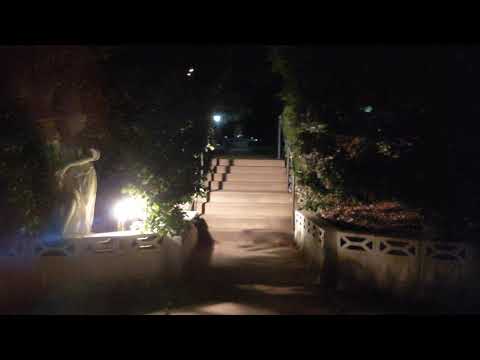 The advantage on paper goes to the Google Pixel 3a XL when it comes to the battery, given that it’s packing along a 3700 mAh capacity – versus the slightly smaller 3600 mAh battery cell in the Moto Z4. In all fairness, though, these two smartphones are more than able to carry on a full day’s work load, but the Google Pixel 3a XL just has a little more gas left in the tank by the day’s end. Moreover, our battery benchmark tests show us that the Pixel 3a XL wins in the longevity department with a mark of 10 hours and 47 minutes in our testing, an hour longer than the Moto Z4’s time of 9 hours and 49 minutes.

Impressively, too, the Pixel 3a XL charges faster, requiring 99 minutes to get back to full capacity. In comparison, the Moto Z4 took 120 minutes to reach the same level. Neither smartphone offers wireless charging, but due to the modular aspect of the Moto Z4, you can always add the feature through the aid of a Moto Mod – or even tack on a larger battery to really extend its battery life longer.

When top of the line smartphones can easily cost $1000, it’s refreshing to know that you can still get something decent in the mid-range market for half the price. We won’t deny that both the Moto Z4 and Googe Pixel 3a XL are great-performing smartphones, but their pricing provides us with some additional insight. As you’ve read, there are certain advantages going for each – like the Moto Z4’s Moto Mods or the Pixel 3a XL potentially getting treated to updates faster.

At the end of the day, the price difference between them is a mere $20! If you’re looking to pick up the unlocked version of the Moto Z4, it’ll cost you $499 and comes included with the 360-degree camera Moto Mod. Meanwhile, the Google Pixel 3a XL’s $479 cost is pretty good too, considering that its camera is a better performer, it’ll get treated to those major Android updates faster, and its battery life is longer.

Making a decision between the two will largely hinge on your desire for those Moto Mods. If adding on features appeals to you, then absolutely stick with the Moto Z4 because it’s not often a phone is presented with an array of accessories that provides additional features and enhancements. On the other hand, if you’re the kind of person that doesn’t plan on buying additional accessories post purchase, then the Pixel 3a XL may just be your kind of phone. Either way, you can take delight in the knowledge that you’re not forking over a huge sum of money on a great-performing smartphone!

More content with (Moto Z4 and Pixel 3a XL)