Will the Google Pixel Fold usher in a folding phone renaissance? 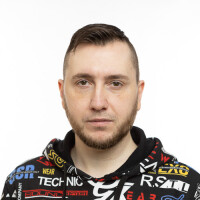 By Rado Minkov
3
This article may contain personal views and opinion from the author.
The year is 2018. A Chinese display manufacturer we had never heard of announced something so exciting, that it still managed to capture the tech world's attention – the Royole FlexPai. A smartphone that can fold and unfold like a book, featuring a large, flexible 7.8-inch AMOLED display. Was this the future?
Well, once the phone got into the hands of reviewers and users, it became apparent that the technology wasn't quite there yet. The FlexPai was far from elegant or sturdy, creaking when opening and closing, which itself required some effort, and it offered a very clunky Android 9 experience.

But although it lacked polish, the FlexPai was enough to get us excited for the future of smartphones. And it wasn't just us humble consumers who took notice of it, the big smartphone manufacturers saw a potential in that folding phone concept too, and got to work.

Folding phones: From niche to mainstream, courtesy of Samsung

The Royole FlexPai (left) and the Samsung Galaxy Z Fold 2 (right)
After the Royole FlexPai made the news, we knew to expect a natural order of events. As per usual in the tech world – when a small company creates something cool but flawed, that consumers respond to, bigger companies with more money pick that idea up and create a significantly better and more appropriate product for the mass market. And so they did.

Just a year following the FlexPai's release, in March of 2019 Samsung unveiled the Galaxy Fold, and released it to the public six months later. Although it was more like a proof of concept than a finished smartphone in the eyes of some, particularly due to how easy it was to damage even through normal use, the Galaxy Fold was a vast improvement on what we saw earlier from Royole.

Each following year Samsung released an improved Galaxy Fold iteration (now called "Galaxy Z Fold"), while new competitors also dipped their toes into the emerging foldable phone market with their own products, such as the Huawei Mate Xs and the Motorola Razr.


The Huawei Mate Xs features a similar book-like design as the Z Fold, but when closed, its flexible display remains on the outside

And we won't even go into all the patents we saw in the last twelve months alone. But in short, an Apple foldable iPhone may be in the works, and Xiaomi has quietly been experimenting with quite a few foldable phone designs too, among other companies like Honor and TCL.

Perhaps for all of the remaining phone makers to finally take the step forward and release a folding phone, they need to see more than a lone Samsung ruling the mainstream folding phone market and trying to ignite interest in users. And that's where Google's about to step in.

Google Pixel Fold concept renders courtesy of LetsGoDigital and Waqar Khan
On October 19, 2021 Google will make its next flagship – the Pixel 6 official, following countless leakes, enough for us to know exactly what to expect from it. But as of recently, we've heard rumors that Google's first foldable smartphone and direct competitor to the Galaxy Z Fold 3 – the Google Pixel Fold might also be shown at the upcoming event.

Unlike the Pixel 6, the Google Pixel Fold hasn't been leaked to oblivion, in fact we don't know too much about it past a few design patent images and some fan renders, which likely don't reflect what it will really look like.

But here's what we do know – the Pixel Fold will be very close in form factor to the Galaxy Z Fold 3. Rumors from reputable leakers have suggested that the Pixel Fold will sport a large 7.6-inch OLED display made by Samsung, and a display with a smooth 120Hz refresh rate no less.

The phone will open and close like a book, with a smaller, external secondary display on the outside. Again, this should sound perfectly familiar to current Galaxy Z Fold users and fans.

Design aside, the Pixel Fold is exciting because no other company is more familiar with, and in control of Android than Google. The search engine giant might introduce some amazing features for its own foldable, in order to compete with Samsung's excellent and feature-rich Z Fold 3. In fact, it needs to.

We can only speculate on what features the Pixel Fold will have, but hopefully not for much longer. The Pixel 6 event is coming soon, and you can learn all about it here:

Google Pixel 6 event: where to watch the live stream and what to expect

Keep in mind, though, that it's not certain whether the Pixel Fold will make an appearance during this event. We only have rumors and speculations to rely on, for now.

The Galaxy Z Fold 3 (shown here) is a power user's dream phone with tons of great features. Will the Pixel Fold compete?
When it comes to folding phones, Google has some serious competition in the face of Samsung. In order for the Google Pixel Fold to make a splash, rival or even surpass the Galaxy Z Fold 3 in popularity and sales, it will at the very least need to have equal or better features to offer.

We know the Pixel Fold will come with Android 12, which on its own offers plenty to be excited about – it has a revamped, customizable look, improved support for folding and dual-screen smartphones, plus its hidden desktop mode could end up being utilized in some way on the Pixel Fold.

The Galaxy Z Fold 3 already offers split screen multitasking with up to 3 apps at a time, with more in popup windows, it has S Pen stylus support with its own set of unique features, you can enable a dock for your apps or even connect the phone to a monitor and get a full blown Windows-like desktop experience with Samsung Dex.

Will the Google Pixel Fold have its own rich feature set to rival the Z Fold 3, or even offer more? We should hope so.

But indeed, the Pixel Fold's competition is fierce, the Galaxy Z Fold 3 is currently the indisputable king of feature-rich folding smartphones. Will Google be able to threaten its folding phone market dominance on the very first try? It would seem like a long shot for most anyone else, but this is Google we're talking about after all.

There's another reason to be excited for the Google Pixel Fold

Now that Samsung's taken over the folding phone market and made foldables mainstream, once another smartphone giant – Google – releases its own folding phone, there's a great chance that others will finally follow. At least if Google's product is also as successful as Samsung's.

All they may need to finally release a product is proof that there's a future in foldable phones, and whether that's the case or not may now be in the hands of Google.

Share your thoughts! Do you believe Google is about to release a product that will trigger a folding phone renaissance? Which company do you think will unveil a foldable phone next?

T-Mobile can no longer claim to be the 'leader in 5G'
T-Mobile migrating Sprint customers automatically with 'Magenta Complete'
Super mini, but super powerful – Spigen universal Mini USB-C charger is here
All the shots Google fired at Apple during the Pixel 6 event
Security researchers say iPhone users should uninstall Facebook from their handsets
Starting tomorrow, switch to T-Mobile and get your phone paid off up to $1,000