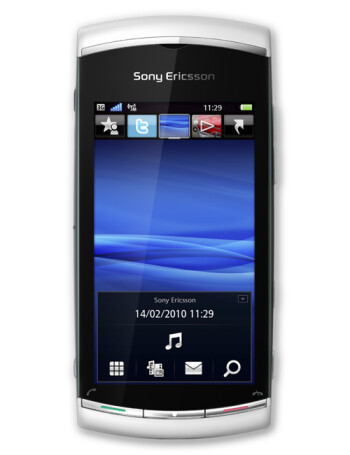 I've had this phone for 2 years now and it is my 2nd vivaz pro because my first one broke (read rating). The quality of my phone right now has some plastic parts falling off and the screen is scratched all over, since the phone is a slide phone there are two parts and the two parts are quite loose as of now. It also has a lot of technical issues wuch as when i'm on youtube watching videos a white screen would appear with "insert sim card" when obviously i do have my sim card in, there is no way to exit out of it so i would have to turn of the cell phone and turn it on again, and some times that doesnt work so i would have to take the batteries out and re-insert it. When it turns on again it puts itself in 'flight-mode' and uses up a lot of battery. However i am not the only person with these problems, i know 3 other people with similar problems with the same phone. A friend had the exact same problems as me, unfortuanaly their phone comany did not cover their damages and they had to get a new phone. Another friend was sleeping when someone texted them, being in the middle of the night and sleepy they slide the keyboard up very harshy and the keyboard slid right off and hit the wall in front of them. And the last person happens to be someone that was infront of me when i was in line to get a new phone, they had the same phone and the same problems.

Build quality
2.0
My first vivaz pro need to be replaced because the touch sceen no longer worked and the buttons no longer worked. However i was lucky and still had my warranty so i got it fix and got a new screen
Reception
7.0
Call quality
7.0
Internet
7.0
Multimedia
7.0
Camera
8.0
UI speed
6.0
Everyday usage
6.0
Text input
2.0
It is SO hard to type with this phone, it feels like the keyboard buttons are litteraly inside the phone which makes they very hard to access and type.
Display
7.0
The touch screen responsiveness is not sensitive at all, you would have to use your names to use the touchscreen. The touchscreen is also very easy to scratch.
Battery
4.0
Last less than a day.

It gets stuck on the "insert SIM card" message which is annoying when you consider this locks you out of features which should be useable such as camera, audio/video recording, calculator, photo viewer, etc. All you can do is make a 911 call if you don't have a SIM. If there is an SD card present, the absence of a SIM card shouldn't lock out the phones many other features!

yo yo! has owned it for less than 3 months before publishing this review

the problem is the lock button .... Crooked。but its Good use and i like it! ..

There are two large, rather significant, differences between the Vivaz pro and the original Vivaz. One is the addition of a full Qwerty keyboard, without adding more than a couple of millimetres to the thickness. The second is the camera, which is now just 5-megapixels instead of 8.

It's as if Sony Ericsson deliberately downgraded the camera to give the original, released only a few months before the Pro, a chance at still getting some sales. Otherwise, why would you not go for the Pro for the sake of 2.5mm extra in depth?

Given the fact the camera has dropped in pixels, the first question is whether it makes much difference to the quality of images. The short answer is, not really. There's an obvious drop in detail, but the sensor also has less noise in low light. Given the disappointing camera interface is unable to offer a simple auto-flash option, and the LED is far too dim to act as a proper flash, it's actually a good thing to be able to take better photos in dimly lit locations. You can also activate the camera even when the phone is locked, using the dedicated camera button, which also has a similar button for the camcorder next to it.

Had this phone for under a month when I noticed that the clock does not run to time. All software updates and upgrades done by myself and by rogers over the phone did not make it run correctly (it was losing about 15 s a day). It is currently back to sony for repair:-(.
I like the design and keyboard, but the touch screen is nothing like the i phones/touches if that is what you are used to.
Also after less than 2 months, the display orientation took much longer to stabilize, sometimes the wrong application button would activate due to this.
Hopefully this phone will perform better when it arrives back from the shop but as of now I'd say the quality of this phone is very questionable.

- the camera takes 5MP pictures which look beautiful on the phone screen (at 0.23MP), but on a computer monitor (1.2MP) they are ugly.
- the camera can shoot 720p/30fps video, but only for about 1 second. After that it skips the next few seconds, then you get a few extra frames, it skips the next few and so on.
- the buttons for the camera and the camcorder are tiny and with poor feedback - you are never sure if you started recording or not
- you can access your e-mail, but it does not work with Yahoo.com, So I created a new Yahoo.ca account and that worked perfectly.
- the phone plays MP4 videos, but not XVID videos - needs repackaging
- after playing 40 minutes of video the battery is almost completely drained
- the quality of the video is far worse compared to watching the same video on a computer screen, on bluray player or sony walman - some cut corners in the decoder
- the phone does not play the movies from money.cnn.com - supposedly missing Quicktime format
- the browser supports Adobe Flash just enough to see moving adds, but most stuff that you want to see does not work - some sites complain they need version 9, some just send you do Adobe for download - good luck with that
- Facebook and Chat applications failed to connect - that is Fido's fault
- the display is nice but not bright enough, I like the Apple display more

A number of interesting handsets coming to Rogers neighborhood