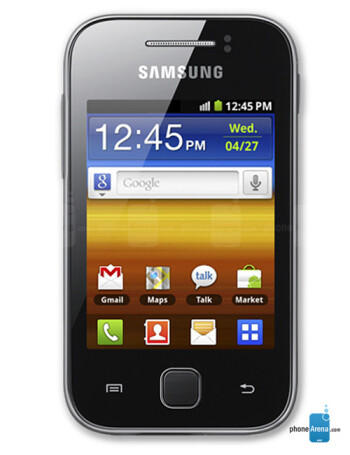 Average Smartphone for its price.

Disclaimer: Been using this phone for about a year now. Starting with call quality... it's actually surprisingly decent for a low-end, same goes for build quality. The reception is actually great, which left me surprised. The same can't be said about its low-res display, poor multimedia experience (matched with an equally mediocre internal memory) and awful battery life.

Worth the money? Maybe not. There are better alternatives out there.

Build quality
7.0
Yes, it's a phone made of low-quality plastic but for its price tag, what can we expect?!
Reception
9.0
Reception is surprisingly good.
Call quality
7.0
Quite decent call quality. Little background noise, but voices sound slightly unnatural.
Internet
5.0
It's a pretty average internet experience. Not much to say about it.
Multimedia
4.0
Low internal memory makes life harder for someone who enjoys having a lot of apps.
Camera
5.0
The camera is OK for casual shots (outdoor usage of course).
UI speed
4.0
The UI is slightly laggy.
Everyday usage
6.0
Text input
5.0
For small hands it's a average typing experience. For bigger hands... not so much.
Display
4.0
One word: boring.
Battery
3.0
It has terrible battery life, lasting only a few hours (heavy usage) and half a day using with 3G on.

For cheap and Android normal usage, it is best to buy it as your secondary phone or as third, forth, fifth or soon device. Had GPS, WiFi, Camera, nice sound but not loud. We can do basic smartphone and internet usage activity. So complete for it's budget.

Had this for nearly 2 years before upgrading to lumia 532 and this was just terrible! bad pictures, bad call quality the only half decent thing is its battery (1200Mah) but android eats it up! i won't recommend this to anyone unless its like an emergency phone

Had to delete pre-loaded apps before I had 21mb to take a text. Samsung should be ashamed to have put this on the market. Put me off a new Samsung entirely. Buy an actual brick, it's better value for money. Upgraded to a Nokia N97 mini. Better phone by far...

Build quality
7.0
Feels flimsy and shoddy, but is actually indestructible. See the pro... NOTE: Will chip easily, but nothing major.
Reception
2.0
Good luck finding any 3g signal...
Call quality
3.0
Quiet and muffled.
Internet
2.0
Browser OK, but only works over WiFi, a flaw in a phone. Tabbed browsing also missing.
Multimedia
3.0
Speakers not too bad dB-wise, but quality is very low. Music player itself is good.
Camera
1.0
0. Awful. Front-facing camera non existent, back camera blurry.
UI speed
1.0
Slooooooooooooooooooooow. Laggy. End of.
Everyday usage
1.0
Avoid like the plague. Ended up rooting so I could have a 1.2mb launcher and texting ability. The phone actually arrived over capacity.
Text input
3.0
Buttons tiny due to crud screen, but built in swype is a bonus.
Display
1.0
Small, pixelated, just plain bad.
Battery
3.0
Would do a day, maybe two maximum, on pretty much no use at all.

I had to pay € 100 for this phone and it's so bad. After more than a year I find him so bad that I already buy a new go while even a little piece is not yet. Now let's look for new mobile. something of a sony.

Build quality
9.0
ugly, but do not break.
Reception
7.0
Call quality
7.0
not very good
Internet
5.0
slow
Multimedia
5.0
sound is bad, videos are bad and with headphones is the sound better
Camera
2.0
2MP and no front cam!
UI speed
6.0
not super fast
Everyday usage
5.0
Text input
4.0
with the on-screen keyboard appears the keyboard even smaller screen
Display
2.0
bad
Battery
4.0
bad, I bought another one because the first one was broken

this phone is small and light and easy to use put it has a low camera , bad battery , bad build quality and its not very fast .
it has important apps .
the phone has android
the camera is low 2mpx and no flash

Excelent for that price

never failed me, I've tried thousands of applications and worked perfect, the battery lasts more than a day after a year of use
Obviously, do not expect miracles from a team with android 2.3.6, but as a phone, not ever fail you

It simply cant call anyone for more than 1 minute, the display is the worst i have ever seen, android 2.3 is ainceint, there is a "samsung" virus to try and annoy people off their cheap phones and switch to there ridiculus 700 dollar phones. Camera is broken after 7 months, battery is 1 hour if you dont use it at all, 5 minutes talk time, 2 minutes game time, and the wifi doesnt work. It will say mobile network unavailable when it gets full reception.
terreble phone. any other phone by a different manufacturer is way better.

2 out of 5 people found this review helpful.

I don't think of it as that good after a while

seriously. i do not recommend this for anyone apart from people who have never used or seen an android. i've had it since dec 2011. now it's nov 2012. the battery was nice at first but after 7 months mine's battery only lasted 4 hours. on wifi half an hour. on games 50 minutes (all tested at 100 % charge). screen size and resolution cause a lot of apps to get really slow and laggy. some dont even work. camera stinks.

Build quality
8.0
it's nice small build easy to fit in your pocket. really light but can easily slip out of your pocket
Reception
7.0
calls have good reception. internet is good too but not too fast
Call quality
9.0
this is really good.
Internet
8.0
a bit slow
Multimedia
6.0
this things screen size and resoltuion caused most of mt fav apps to lagg a lot and not show essential parts of the race course.
Camera
3.0
no zoom. no flash no proper focus
UI speed
8.0
is good
Everyday usage
5.0
my battery went down to four hours max with no wifi no bluetooth after a couple of months
Text input
6.0
good but the keys are a bit small because of the screen and you make a lot of typing mistakes
Display
3.0
the screen stinks
Battery
3.0

After 2 months of having this phone all I can say is, that It works for me, even though Battery Life lasts 2 days on normal usage, and using wi-fi, playing games lasts only hours, 4 to 5 hours top, I actually reccomend this phone for a first time Android user, since it has a more basic Interface.

Build quality
8.0
Reception
10.0
I never had a problem with reception anywhere I go has signal.
Call quality
10.0
Calls are clear you can hear the other party so well and don't have any problems with calls being interrupted.
Internet
10.0
Very fast browsing, Facebook opens real fast, and so are other applications.
Multimedia
10.0
Awesome sound specially if using headphones, the 5.1 sound is great.
Camera
7.0
Takes clear pictures in light conditions, but low light conditions pictures are not so great and clear.
UI speed
10.0
Very fast, It does what it promises, doesn't lag.
Everyday usage
10.0
As for me it's okay, mostly I use it to talk and text, not for web surfing.
Text input
7.0
Qwerty Keyboard is so small actually I end up typing a few mistakes that I have to redo. My fingers aren't so big but wish the keyboard could be a little more bigger.
Display
8.0
Display is bright but could be better, at least a 3.3 display on this phone would've been awesome.
Battery
5.0
Only 2 days lasts me on normal usage, 1 day if I play games or use Wi-fi, hours if I spent too much time on wi-fi (don't have data service). Wish it could have a more lasting battery.

Good.. but not the better

I've had this phone for over a year now and it's still running badass ,despite that i still want to get a new phone cause i've been hanging around with this for a long time already ,Here's my feedback

The phone offers good value for money.I recommend this phone for first time android users.
UI speed is also satisfactory.
One can even play HD games after rooting and using chainfire3d.
But the small screen sometimes makes ypu wish you had a bigger one.

It's definitely a better idea to spend a little more and get a better phone. Cheaper is definitely not better when it comes to the Samsung Galaxy Y. I suugest that if you are planning on purchasing this phone, please do proper research on it and have a look at the recent phone reviews conducted by cellular companies.

Build quality
8.0
Reception
8.0
Call quality
8.0
Internet
8.0
Multimedia
8.0
Camera
7.0
UI speed
8.0
Everyday usage
3.0
Sometimes the screen is unresponsive and requires extra prodding. This feature was also noted in a few reviews done on this phone.
Text input
3.0
The qwerty keypad is quite small. I thought that I was having an isolated incident but I have done some research and certain reviews show that the keypad sometimes shows the wrongly selected letters. This is not a user error.
Display
6.0
Browsing the internet can be quite a task because of the screen size.
Battery
3.0
You basically have to disable all applications, even while they are not in use, as well make the screen lass bright in order to get the most out of your battery.

Build quality
8.0
It's very light, so you have the feeling of being a weak phone.
Reception
9.0
Sometimes the Wi-Fi signal is weak when I'm near of the hotspot, but this happens rarely.
Call quality
10.0
Excellent!
Internet
10.0
Really perfect!
Multimedia
10.0
The music player is really awesome.
Camera
6.0
It has noisy images, and the leak of flash or at least 3MP, makes the camera the worst thing in the device.
UI speed
9.0
It is very fast and responsive. But I downloaded the GO Launcher EX, and it's way better than the TouchWiz.
Everyday usage
10.0
Text input
7.0
I had to put the 3x4 Keyboard 'cause the QWERTY is too cramped for my very very long fingers. It's a good keyboard, but you get angry when you have really big fingers and accidentally press the 'configuration' or the 'send' (in messages) button.
Display
7.0
I thought that the screen would be sh*tty, but this surprised me. For a low resolution and PPI, the screen is fine (obviously, don't compare this to the Xperia S or the iPhone 4S)
Battery
7.0
The battery's gone in a few hours (obviously, depending on the use you give it). Would be better.