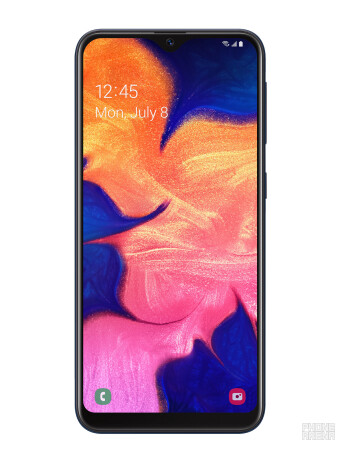 More bang for the buck

I keep seeing mixed and negative results about this phone and I just don't get it! The Galaxy a10e is a very pretty, inexpensive and overall remarkable phone for the price. The phone now comes stock with android 10 and Samsung UI 2.0 so software wise it works very similar to a flagship phone but without some of the features, for example, it doesn't have a fingerprint scanner or an f.m radio (it does have facial recognition and a headphone jack). The Dolby atmos with headphones on sounds very nice. The speaker is loud but it does start to get distorted at high volumes. The 32 GB of storage averages to about 21 after software which is pretty good for a budget phone. The internet runs pretty well

Its a pretty ok phone. Its a budget phone so I don't know why people are so angered at it. The battery life is similar to that of flagship phones so people need to stop fussing over it. The build quality is good, its not metal, but who needs an all metal phone. I have never questioned the build of it. Calls are good, I can hear whom ever I'm calling loud and clear, and they can hear me. Reception is on par I assume, I never lose reception where other phones wouldn't. What's that about internet? hmm, oh, its just fine, honestly. The camera is atrocious, but are you looking for a camera, no, you are looking for a phone. The speed is ok, the ui is good most of the time, sometimes it will obnoxiously slow down though. think its has a 1.85ghz octacore processor, its fine for everything except heavier games, its also only 32 bit as opposed to 64 bit so something just aren't compatible right off the bat. Typing is great if you can type, and I guess typing would suck if you cant type, in other words, there is no way text input could be improved. The display is kind of weird, its really tall with a notch. Its almost like its so tall to make up for the notch. Also its only 720p, which is HD, but just barely. I use this phone everyday, and I do a lot of things on it. Video playback is good, social media is good, browsing the web is good, heck its almost like this phone *is* decent, unlike other people tell you. its a good budget phone.

Not very overall impressed with this phone if you have the option to buy anything else I suggest doing so how could you Samsung how could you. I tried taking pictures which is terrible 8 megapixel back facing camera 5 megapixel front facing camera I mean come on it's 20 20 that's dark ages camera that's not even anything that's very useful battery life is terrible I almost rated this in the - category I cannot believe that with my everyday usage which is often but not all the time it uses battery like there's no tomorrow like the battery is already five years old or something this is a brand new phone that I just got out of the box

Build quality
4.0
Reception
3.0
Poor reception phone calls take entirely too long just to connect and signal is varying and sparse and I live in the city
Call quality
3.0
Internet
4.0
Loses signal a lot even when I'm home most of the time in quarantine slow to connect
Multimedia
4.0
Camera
2.0
As far as cameras go in 2020 this camera in this phone is trash both front facing and rear facing cameras are very lacking I cannot believe that they're even in single digits
UI speed
3.0
Slow very unsatisfactory
Everyday usage
4.0
I've had way better phones
Text input
6.0
Display
3.0
Battery
2.0
Typically I have to charge the phone twice to three times a day to get full usage out of it during the day which is shameful Samsung how could you have done me like that

3 out of 11 people found this review helpful.

I resold this phone after 2 months and got a Moto E6 instead.....its better and cheaper. The A10e has a screen aspect ratio of like 19.5:1 which is completely unnecessary. Really 16:9 is fine and so is 18:9, but anything taller than that is stupid....its just to entice women with something slender and to have higher numbers to make people think its better, and likely (the real reason) is its cheaper to make them this way, can get more of them from a sheet of silicon. This real screen/notch nonsense needs to end.

1 out of 9 people found this review helpful.