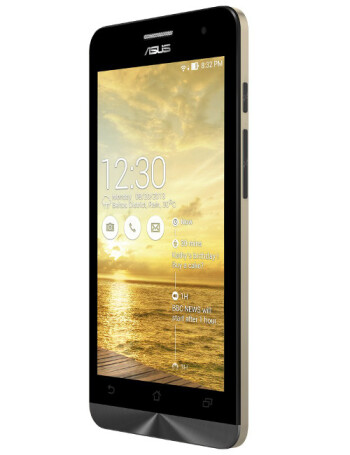 The King Of Mid-Range

i bought this phone 6 months ago with only $220 and i got this great device with HD resolution also with a good pixel density , about performance?? it also great , yeah i know it only gets a dual-core cpu , but you know this phone also has 2 gigs RAM , i played some big games and NO LAG !! about camera?? it's absolutely WOW with 8 megapixel it's more than enough for a mid-range phone , the only weakness is this phone is battery life cz it only got 2500 , only 12 hours if you play the game and network on it will be dead on , but all of it are extremely SUPERB for $220 !!

7 out of 7 people found this review helpful.

The Best Buck for your Money

The Phone is amazingly great for the Price, and the performace is extremly good for a 2 core phone, it's as good as an S4, which was its rival back then, tho it had a problem, and that's why I will only have a 6/10 in customer Service, The KitKat update, arrived nearly at the end of the year, and KitKat was already out at the time they released the Phone, but that is just a minor problem, the update had to many issues that left me without Data Connectivity for a month!(I desided to keep everithing nearly stock, since the phone was an experience for me for future Asus Products), and let me Tell you I will go for it for more with those guys, they are MVPs

Build quality
9.0
It Feels like a premium phone for a bargain price!, it feels extremly well made, even on the inside
Reception
10.0
I went to the deapest of the end of the earth and I still had signal, fairly but I had it, and the Note 3 Didn't!, so I was really happy to know that the phone is not gonna leave me just like that.
Call quality
7.0
It's Not bad, it's Not great, is fairly average good, the quiality of the Speaker needs to be upgraded.
Internet
8.0
It's not LTE, I don't really care, but for the time the phone was releaced LTE was already natural, and the LTE vercion of the phone does not have the performance of this one, and its more expensive
Multimedia
5.0
I felt kinda robbed by this, I was excited by the size of that Speaker, but when you remove the cover, you see that is just a forth of the thing that is adveticed, yeah the quality is amazingly good, but it does not have any power.
Camera
8.0
The Camera Is EXEPTIONAL!!!... I've seen many cameras before, and this one gives an amazing quality of photos, but!, the quality does not have as much color as others, its noticeable, that that fact exsists, and the Provided App has issues with full HD recording, so change the app for a real performance of the CAMERA
UI speed
10.0
THIS, oh!, let me tell you, I am into changing my phones UI,(i hate samsung's), but let me tell you, the moment I saw that UI, I really liked, so when I got it, I gave it a try, and GOD!, I love it, I don't feel like changing it ever!, it's super customizable, and with many internal apps to accomodate the phone to your needs
Everyday usage
10.0
Text input
9.0
I loved the Google Keyboard, and I still do, but I also really like this one, is fairly similar to the google one(not since Lollipop), the only issuie I personally have is that when Web Browsing sometimes the Space bar Spits into 2 bars with one for other stuff, but its not always, just when it feels like it, and thas annoying
Display
9.0
Sure its only 720p, but it looks amazingly good!!!, the display is even customizable!, you can adjust the color saturation, hue, vividism, and its amazingly responsive, the reason why I give it a 9 out of 10 is for false adverticement, they claimed that this model had any pen touch, and that was a lie
Battery
6.0
now my Life killer!, oh the battery, it sucked at the beggining, so Update the phone for a better battery performance, and now its amazingly good!!!!!, when not in use of course, the battery can last 90 hours if you use it farely to none!, but if you play like me and that, your battery will die soon

A winner of a smartphone at its price band and specs

I have explained in detail against each section how and why I have awarded the score. To sum it up though I would say that a higher capacity battery and better speakerphone could have earned it a perfect 10.
For those who are looking to crash benchmark records you ought to be looking at the hot phones section!

Build quality
10.0
The phone is light and easy to hold, has very aesthetically designed edges which make the phone sit right between your fingers. The body with a slight rubbery feel, though obviously sport the fancy metallic finish of high end flagships, manages to outshine most phones in it's price range.
Reception
9.0
My first experience with signal reception was not a happy one. The wifi kept disconnecting every several minutes and the data signal seemed to manage to clock only 3G/H when other phones on the same operator were seamlessly giving me a constant H+ signal. Thankfully after a major update to the firmware which also included upgrade to KitKat from JellyBean (which the phone came preloaded with), things fell in to place perfectly well. I can't quite think of HOW wifi reception would be better on one
Call quality
4.0
Now THIS is a contentious area for me to write on. Firstly because I am yet to establish if it is the earpiece or IF it is the call quality in terms of the voice signal, though I am most inclined to go with the earpiece bit - the call quality is bad - something which is further validated by the fact that even voip which are over wifi internet sound just as bad.
Internet
9.0
I guess I have already explained the in the 'reception' bit regarding the internet connectivity, but yes to put it down again, internet speeds and connectivity is TRULY good. There is almost instant switch over between wifi and mobile data whenever I am on the go be it work or at home. More importantly data internet does not seem to drain the battery as badly as it does on other phones I use, such as Samsung duos.
Multimedia
4.0
I am DEFINITELY not the only one who would have to give the phone poor score in the multimedia section given the quality of the speakerphone is POOR, and that is mainly on account of rather dull max sound volume and more importantly the sound quality being flat and lacking depth.
Camera
8.0
What's good: HDR mode wins hands down over other similarly priced phones which may be sporting competitive hardware but can not deliver the range of colors this one does. Focus speed in auto-face-detect mode is OKish, but if you are up for anything other than taking pics of your friends in a well lit room, you may feel disappointed with the focus speeds. The camera takes a while to start and would take a few seconds at times for the first shot to click through. The image processor is not as stro
UI speed
10.0
The 2 gigs of RAM ensure perfectly smooth transitions and user interface speeds, combined with the fact that the phone also houses a smart and powerful processor. Even with resource intensive games such as asphalt 8, the latency is minimal and hardly noticeable.
Everyday usage
10.0
Just about sums up the efficiency of the phone - it is a seriously good phone for everyday use, considering we are talking about moderate voice usage and not intensive mobile data usage. Charging the battery does not take too long but once done, it would take a fair amount of usage to plummet down to when the battery app manager starts popping up warnings. It is light, handy and easy to use.
Text input
10.0
The ZenUI ASUS text input can certainly not match up to the speediness, accuracy or the interface of more popular apps such as Swype or TouchPal but it does a fairly good job. Using swype on the phone is a breeze, the touch sensitivity and precision of input and placement of the keypad due to the lower metallic bezel width makes for convenient and non-tiring texting experience. Also, the rich contrasts and color range make the keys on any input app to appear very distinctly, which is a definite
Display
9.0
720p for a 5 inch screen packs in good pixel density for a phone of its price band. Asus has a very well calibrated display and the brightness at max makes just about matches the sunlight visibility of AMOLED screen flagship phones. Aliasing is not visible though I have not tested it to check if fonts rasterize as smoothly when across all display modes. The 'reading' mode which is just a swipe-down away makes reading text really easy on the eyes.
Battery
4.0
A phone with its apparent specs and hardware should have been done justice to a better capacity battery. If you manage to forget charging the ZF5 before you leave for a few hours of continuous use, you would soon enter the battery alarm zone, which would push you to eventually skimp on data usage, and not dare turning on location reporting. Asus should have made battery replaceable/removable for such rather meagre capacity.

Been using this phone for almost a 4 months and planning to sell it. One major problem was the battery, Im surprised that asus only put a 2kmah battery to a 5" and 32nm processor phone, it doesnt make sense!

Anything else is below average. Only good thing is the display and the camera.

3 out of 13 people found this review helpful.

Asus ZenFone 5's beefed up specs show up in benchmark
Alleged Asus ZenFone 5 shows its iPhone X-like notch in live picture
Asus Zenfone 6, ZenFone 5 and ZenFone 4 are now being updated to Android Lollipop
Asus delays Android Lollipop updates for the 2014 ZenFone series, PadFone S, and PadFone Infinity 2
Asus introduces a $124 ZenFone 5 Lite version in the Philippines
Asus' ZenFone line will be updated to Android 5.0 Lollipop next year, alongside the PadFone S and PadFone Infinity 2
Asus ZenFone gets Android 4.4 KitKat
Asus: you could buy 6 ZenFones instead of one iPhone 6