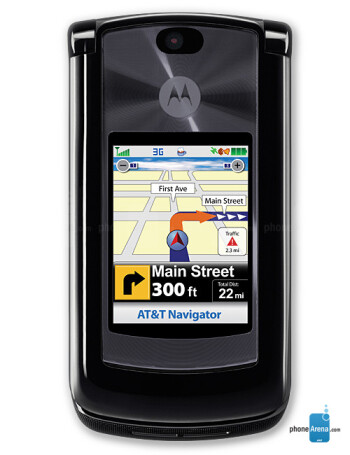 I know this board is a bit old as well as my Razr2 V8, nut I have a question because I love this phone. After 2.5 years this phone Has no Life. What I'm considering is purchasing a new Razr2 V9X non carrier and placing the components into the heavier and nicer V8 case. Anyone done it? It's 50/50 by several phone repair shops I contacted the components will fit the V8 Viewing the Youtube take aparts they use the identical titles and what I've seen look identical.
Looking for insight thanksl

Ok, ever since the razr first came out, I wanted to get it SO bad, itd look so awesome, then the Razr2 came out and I thought things were better! So when I first got it, It was awesome, I didnt have a problem (I almost had an orgasm unboxing it :O lol) but after a few months, the thing wouldnt charge so I got a replacement, now this one didnt charge, so I replaced it and this one I have currently key's wont work. I try to text and only the number 9 would work. It just awful, Im waiting to replace it with a full qwerty keyboard phone. Beware of this Razr lovers, Razrs arent everything...believe me

5 out of 7 people found this review helpful.

Phone gets hot on the back while talking.

I have had the Razr2 V9x for approximately 2 months now.  My previous phone was a Razr2 V with AT&T.  The V9x back of the phone gets hot while you are talking on it which the V did not have this problem.  Has anyone else had this problem?

i had this phone for about 7 months and at first the charge was good but then when i started txting it would only last a few hours and i would have to recharge it often. very durable if it is dropped and thrown though to my surprise. i love the touch screen and it has easy access to the web. it takes really good pictures also. it was a replacement phone and i love it.

Well, not a review, but a comment.  It is well known that Motorola cell phone batteries require several charge-recharge cycles before they reach full capacity.  If you need even more juice, buy an extended battery, which of course also requires that you purchase an extended battery cover, so that the fatter battery will fit into your phone.

This makes my 3rd RAZR 2 I've owned and its by far the best one!  The first 2 I owned was on Verizon and Alltel and they were disappointing.  Verizon crippled customizations and other features with their stupid common UI and Alltel's had glitches (probably their network).  But this one is great, fully customizable, fast and updated software, GPS, awesome performance and features and its on AT&T's blazing fast 3G network.  I've not had one negative issue with this except the battery should be bigger.  With constant use it'll run down especially with data use.  Despite the battery its definatly worth it.  All these people still bashing Motorola obviously hasn't had this phone.  I admit I was getting a little negative with Moto but this phone made me like them again.

I thought this phone would be harder to operate at first.  I actually do a lot of testing when it comes down to phones.  This one hung in there fairly well.  It's really thin and compact.  The only thing that I do have a complaint about is that for people who are in condtructin, this wouldn't be a good phone.  The outside LCD may break too easily.  Other than that, it's fine. http://unlocked-gsm.net

it's so good it makes me miss my V3xx. both phones are brilliant pieces of art that keep you coming back for more. the crips clean screen makes your jaw drop and the soft easy to use keys maek the phones all the more fun to play with

It's a great phone

After having my original Razor over four years without any troubles I upgraded with the V9x.  It's a great sturdy phone with excellent call quality.  If your looking for a keyboard/mp3 player this isn't your best choice but if you want a quality built world phone this is it.  Batteries done charge fully when they are brand new, and if you don't have your phone programed so that it sucks up the battery life prematurely you shouldn't have a problem with your battery - short of a bad battery to begin with.

1. Battery: I have had this phone for two weeks and I am about to return it because of the battery life. My previous phone, first model of v3 purchased 4 years ago was holding 3 days of talk time (not continuous, but I was on the phone for hours all the time). I could leave my phone for over 2 weeks without recharging when talked less.
9Vx - first day after recharging it lost all the bars after 1/2 of talk time and few messages. It improved slightly after second recharge but still I can talk only less than 1.5 hrs per day and battery gets flat at the end of the day.
Being always on the go, and no place to recharge battery - I am returning this phone and shopping for something better.
2. Picture button gets pressed accidently very often. It is simply located in the wrong place where you have a grip. Also, I had to leave the touch screen buttons off as they were getting pressed accidently as well just when I was holding the phone.

1 out of 10 people found this review helpful.

Easy to read screen compared too last V3. Love the two large screens. Does not feel as well built as V3. Feels larger and heavier. Battery charge life is short, but only had for two weeks. You can change shortctus on opening screen just like V3. Everybody says voice quality is very good, so I am happy with it. Plan on getting nav. for traveling on business.

I just got this phone let me say that off all the Razors I owned this is by far the best.  Touch screen(external) is one of them many perks you get with this.  Although you can't set up shortcuts like on the v3.  Now that I raved about How much I like the phone the major, major con is the battery life.  I plugged it up for the first time, charged it full, set up some basics and went to be, next morning I got one call and two text messages and it was completey dead!  I recharged it fully got maybe 3 to 5 calls and no more than 20 text messages and low battery again.  I can't imagine how quick it would go if I dared to use the MP3 or GPS.

this phone is here to drop bombs

this phone is eplosively fantastic. LOVE IT TO THE CORE. BETTER THAN V9. i just can't stop opening flip cuz the screen dazzles in front of my eyes and has me mesmerized. the buttons are well and very well spaced out

9 out of 10 people found this review helpful.