Musk turns Twitter HQ into a hotel to crunch employees

Apps
Mariyan Slavov
6
Mere hours after Musk officially took control of Twitter, the tech billionaire showed the world that he's not messing around. First, there were mass layoffs of employees, then Musk started shutting down features and messing with Twitter's code, and now we have the latest and greatest proof of how things are going inside Twitter HQ.

Our colleagues at the BBC have acquired a couple of pictures showing what has become of the Twitter HQ in San Francisco. And if it looks like a cheap hotel to you, the problem is not on your screen. In one picture, a double bed is in a room with a closet and slippers, while you can see sofas with bedding on them and a wardrobe in two of the others. 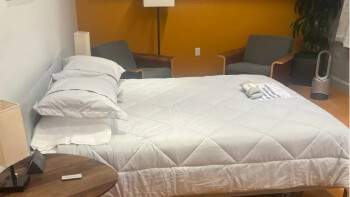 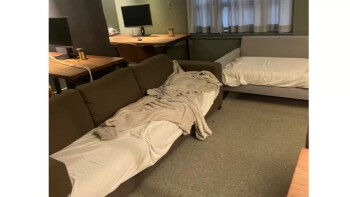 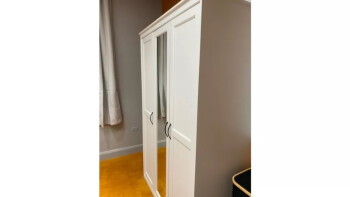 Last month, Musk sent an email to Twitter employees, saying that they'd have to work "long hours at high intensity." "Only exceptional performance will constitute a passing grade," he wrote, suggesting there might be more layoffs.

One of the workers commented that Twitter HQ now looks like a hotel (which is pretty obvious), and California state senator Scott Wiener told the BBC on Wednesday: "He's now making them [the workers] sleep at Twitter."

The Department of Building Inspection in San Francisco has confirmed that it is looking into potential violations as a result of a complaint, so obviously all of this hasn't gone unnoticed. Musk, on the other hand, replied to the investigation by blaming the city of San Francisco for attacking tech companies for providing beds to "tired employees."

We will continue to follow the subject closely, but in the meantime, tell us what you think about all this. Do you think this is going too far, or should people put their heads down and work hard following Musk's Twitter 2.0 plan?
Also Read:
Musk reveals the relaunch date of Twitter Blue