Freshen up your Google Pixel Watch with these cool accessories

Accessories Google Wearables
Mariyan Slavov
We may earn a commission if you make a purchase from the links on this page.
Google finally released its Pixel Watch wearable last year after literally years of rumors. We spent some time testing the watch, so you can check out our Pixel Watch review. Meanwhile, for those of you who already own the gadget, there's good news.


Accessory manufacturer behemoth Spigen has quietly released a bunch of Pixel Watch goodies, and some of them are pretty cool. The Liquid Air Armor, for example, will protect the display, which is normally pretty vulnerable due to the design of the watch. This Pixel Watch case adds new styling as well, making the watch look much more sturdy and rugged. 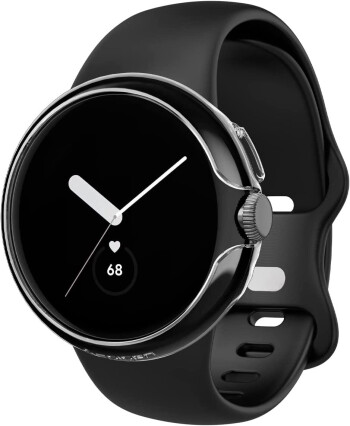 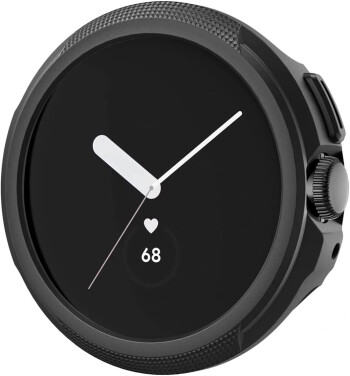 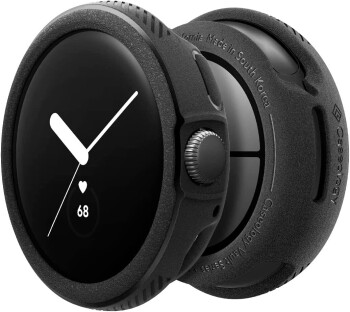 If you want to keep the original design of the Pixel Watch intact but still add some protection, there's the Thin Fit transparent case, and it does just that. It's very slim and will guard your Pixel Watch from scratches and scuffs. The raised lip will protect the display in case of accidental drops or hits.

Another cool option for a case comes from Caseology in the form of the vault. It's flexible and rugged, adding a decent amount of protection to the Pixel Watch while keeping the weight low. All these accessories are available right now, and they cost basically pocket money, so if you want to freshen up your newly acquired Pixel Watch, you can absolutely do so.
Also Read:
Pixel Watch 2 release date, price expectations, features we want to see

Android and iOS users need to uninstall these 203 apps before their bank accounts are drained
Facebook drains users' cellphone batteries intentionally says ex-employee
All Samsung Galaxy owners need to have the latest version of the Galaxy Store on their phones
T-Mobile may have to stop calling its Home Internet network 'fast' and 'reliable' soon
Google Pixel 6 and 7 owners suddenly getting the January 2023 Play system update, but with a caveat
Samsung officially confirms main Galaxy S23 series pre-order deal (at least in one country)
FCC OKs Cingular\'s purchase of AT&T Wireless