posted by Alan F.
@wolfcallsputs
Dec 27, 2014, 9:38 PM
Earlier this year, BlackBerry CEO John Chen referred to Apple iPhone users as "wallhuggers" because of their propensity to hangout near wall outlets so that they can charge up their phones. A little more than four months later, Samsung released a commercial that showed Apple iPhone users surrounding the outlets inside a convention center. Even the bathroom outlets are fair game for iOS users, according to the ad.

With the slide out prongs, you can make sure the rechargeable cell is 100% ready to go by sticking it in any outlet. And you can also use the prongs to charge up your phone just in case your power needs are extreme. The PWR case is available in black or in three color combinations. If you are looking to break your addiction to wall outlets, the PWR case can really help!

The PWR case can end your Wallhugging days 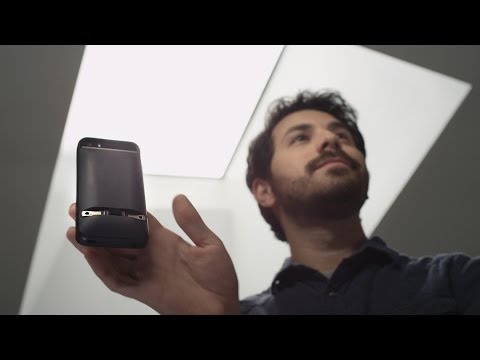