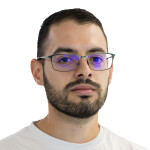 By Yordan Ivanov
Nov 21, 2019, 8:05 AM
Apart from the long list of excellent Black Friday deals Samsung is already offering or preparing to offer on its official US website, the company's hardcore fans should also pay close attention to major third-party retailers and carriers, some of which could help you save more money on popular smartphones, tablets, and wearable devices this holiday season with fewer strings attached.

One such irresistible promotion is available right now at B&H Photo Video, shaving 40 bucks off the already reasonable price of the Samsung Galaxy Fit. Commercially released stateside a few months ago at $100, the feature-packed activity tracker is on sale for $79.99 directly from its manufacturer through December 2. But B&H is currently charging an even lower $59 for both black and silver models as part of a holiday deal that doesn't have an expiration date explicitly mentioned.
You probably don't have a lot of time to pull the trigger at this massive 40 percent discount, though, as a "number 1 seller" label is attached to the black Galaxy Fit, with the silver flavor also listed as a "top seller" at B&H Photo Video. We're guessing the retailer is only equipped to ship a limited number of units at 59 bucks a pop, so the deal could well expire without advance notice.
While you're technically not looking at a full-fledged smartwatch here, the Galaxy Fit can do a lot of the same stuff as the costlier, larger, and higher-end Galaxy Watch Active. We're talking things like heart rate monitoring, advanced fitness and sleep tracking, as well as the ability to display notifications from connected iPhones or Android handsets on a decent full color AMOLED display that nevertheless allows the wearable device to keep the lights on for up to a whole week between charges.
The Galaxy Fit is also swim-ready with a 5ATM water resistance rating and made to survive bumps, dust, and extreme temperatures despite tipping the scales at a measly 23 grams.
DEAL
DEAL
Best Cyber Monday 2020 Deals: top offers still available
Dec 01, 2020, 9:12 AM, by Radoslav Minkov
DEAL
DEAL
Samsung offers killer limited-time Black Friday promos via Samsung Pay and Galaxy Store
Nov 19, 2019, 8:28 PM, by Cosmin Vasile
DEAL
updated
DEAL
updated
Costco has killer Galaxy S10, Note 10+, and Surface Pro 7 deals in store for Black Friday
Nov 11, 2019, 2:55 AM, by Adrian Diaconescu
DEAL
DEAL
Target wins Black Friday with top-notch iPhone 11, Galaxy Note 10+, and Pixel 4 deals
Nov 06, 2019, 9:08 AM, by Adrian Diaconescu
-$50
DEAL
DEAL
2019-12-02 23:59:00 Fitbit's Black Friday deals on the Versa 2 smartwatch are already available
Nov 17, 2019, 5:07 PM, by Adrian Diaconescu
DEAL
DEAL
Macy's has a number of interesting smartwatch deals planned for Black Friday 2019
Nov 13, 2019, 8:19 AM, by Adrian Diaconescu
SUBSCRIBE TO OUR NEWSLETTER!

Unlocked Nokia 5.4 is down to its lowest price ever
OnePlus 9 Pro price, deals, and where to buy
OnePlus 9 price, deals, and where to buy
Best deals this week: Moto G Power at Amazon and $300 Pixel 4a at AT&T
Google Pixel Buds are now discounted by $50 at Best Buy and the Google Store for a limited time
The unlocked OnePlus 8 5G UW powerhouse is on sale at half price