Here we go, folks, the battle of the “S”-es – the new HTC One S in the blue or black corner, and the iPhone 4S in the black or white corner. This may leave us with two black corners, though, and it's exactly the dark metal ceramic version of the One S we have now, so the fight will be based entirely on merits, rather than color preference.

We kid, since one thing is missing from HTC's phone to go head-to-head with the iPhone 4S in terms of specs, and it is pixel density, while it exceeds in other geeky stuff like processor clock and operating memory. The iPhone's iOS and Android have different resource needs, though, so we'll judge mainly on design, interface performance and camera quality, leaving the application stores aside.

With the new trend of higher-end Android devices coming with sealed batteries and non-expandable memory, just like the iPhone has been from day one, another Android differentiation is lost compared to it, so who will take over the ARM wrestling match? Read on our comparison to find out...

Apple's iPhone 4S has a unique steel-and-glass casing, which is yet unmatched by other manufacturers, even though this chassis is the same as the previous iPhone edition from 2010. It leaves a very premium feeling in the hand, with the downsides being that it makes the phone comparatively heavy, with sharp edges, and more prone to shatters and scratches than run-of-the-mill materials.


The HTC One S, on the other hand, sports two very distinct chassis materials – a blue-grey version with the more ordinary anodized aluminum, and the black version we have. Blacky is coated in a metal ceramic fusion obtained by zapping the aluminum frame with 10,000 volts, which results in oxidized metal that is three times stronger than stainless steel. This is making the phone very rigid and durable, but have no doubts that if you key it with a vengeance, marks will be left, this is no adamantium.

In terms of comfort, both phones lie well in the hand, with the iPhone leaving a more “edgy” feeling than the rounded corners and tapered back on the One S. HTC's handset is one of the most compact 4.3” phones we've handled, and is thinner than the iPhone 4S, but for smaller palms one-handed operation with the iPhone will come much easier since its screen size is 3.5”, and the whole phone is shorter and a tad narrower than the One S, so your thumb can reach everywhere.

The displays on both phones are pretty different in both size and tech. We have the 3.5” Retina Display on the iPhone 4S, with its IPS-LCD technology and 640x960 resolution, meaning 326ppi pixel density, good colors, wide viewing angles, and high brightness.

The 4.3” AMOLED display on the HTC One S sports 540x960 pixels of resolution, which not only results in lower pixel density than the 4S, but since it is done with the PenTile matrix arrangement, the honeycomb structure of the dots makes some elements appear pixelated. Nothing you'd notice unless deliberately looking for it, though.

What they will notice are the oversatured colors on the display, which go way above the standard gamut, and the cold images, making white appear blueish compared to the iPhone 4S. AMOLED has other advantages, like wider viewing angles and deep blacks, hence extremely high contrast ratio. This comes in handy when watching movies, and the AMOLED screens draw much less energy then, compared to displaying white backgrounds during browsing, while for LCD ones this doesn't matter. 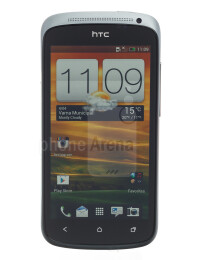 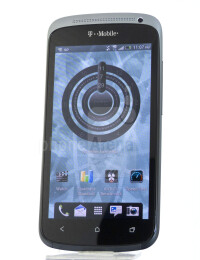 T-Mobile will give you the fastest Samsung Galaxy S23 in the US for free with no trade-in
Best Buy is spoiling us with extremely generous discount on Galaxy Tab S7+
AT&T makes the Samsung Galaxy S23 series prices and release date officially official
T-Mobile vs Verizon vs AT&T: 2023's first 5G speed war ends in a bloodbath
Here's all that Samsung announced at Unpacked: Galaxy S23 series and more
Crazy but genius plan? Apple removes buttons from iPhone 15 in biggest change since Face ID