It's been a few months since Alcatel, the face of Chinese TCL for the western hemisphere, presented the stylus-equipped OneTouch Hero, and we finally had the chance to test out and marvel at this massive, 6-inch phablet. And while the gorgeous 1080p IPS panel is definitely the highlight of the Hero, humming underneath are some none too shabby internals, like a quad-core MediaTek chipset, healthy 2GB of RAM, a 13MP rear shooter, and two SIM slots. These are some rather compelling specs on paper, ones that put this device in the high-end phablet league. But, how do they actually translate into the real world? Let's find out.

Alcatel has managed to work a little miracle with the proportions of the OneTouch Hero. Handling the phablet is both easy and pleasant, thanks to its masterfully-crafted body and super-slim bezels.

The latest slew of devices from the manufacturer showcase some time-tested, almost refined design language. The One Touch Hero, in particular, looks distinguished and leaves no room for doubt: this is a high-end product. What strikes us most about the Hero is that its creators have managed to strike such a masterful balance with its body. The Hero is giant, yet also kind of compact, thanks to those slim bezels all around. Put it next to the Note 3, and it is only 1.4 mm wider, although it has 0.3” bigger display! Although it appears brutish when put next to a 5-incher, it's sheer size has an elegant quality to it, and it's actually pretty slender at 0.33in (8.5mm).

Not only is this phablet good-looking, but it's also well-crafted. Accents, such as the stylus slot at the bottom, the power button and volume rocker on the right side of the Hero, or the camera ring and the speaker at the rear. These were all built to last and do not disappoint in any way, though the stylus is not the most impressive we've seen. The matte plastic back and the frame itself are grippy and the device makes its presence known thanks to its 6.26oz (178g).
And yet, there's more, especially once you throw in the MagicFlip cover into the equation. The MagicFlip easily attaches itself to the phone via the magnetic pinholes at the rear of the phone, and offers some pretty cool functionality. The case has built-in LEDs that will show you the time or any missed calls, messages or e-mails. In fact, it will even run an animated show whenever you have music playing or your alarm ringing.

The display on the Hero is, no doubt, the highlight of this phablet.

A 6-inch, 1080x1920 resolution (367ppi) IPS panel leaves very little to desire, especially when it's shown in its full glory – with no pesky on-screen software navigation buttons and near bezel-less frame. It would be fair to say that the Alcatel OneTouch Hero is all display at the front, and what a captivating panel that is! It is sharp, bright, and has great and accurate color reproduction. However, whites have a blueish tinge to them, as the color temperature is actually quite cold, at 8700K. 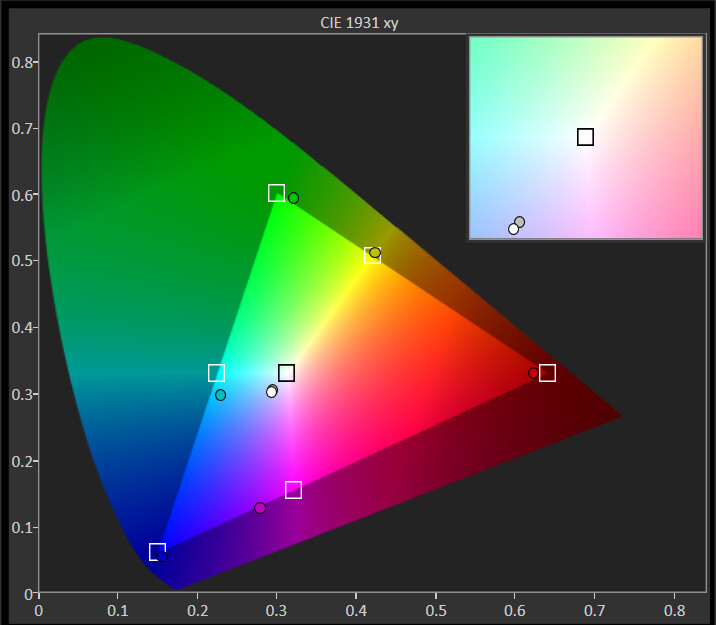 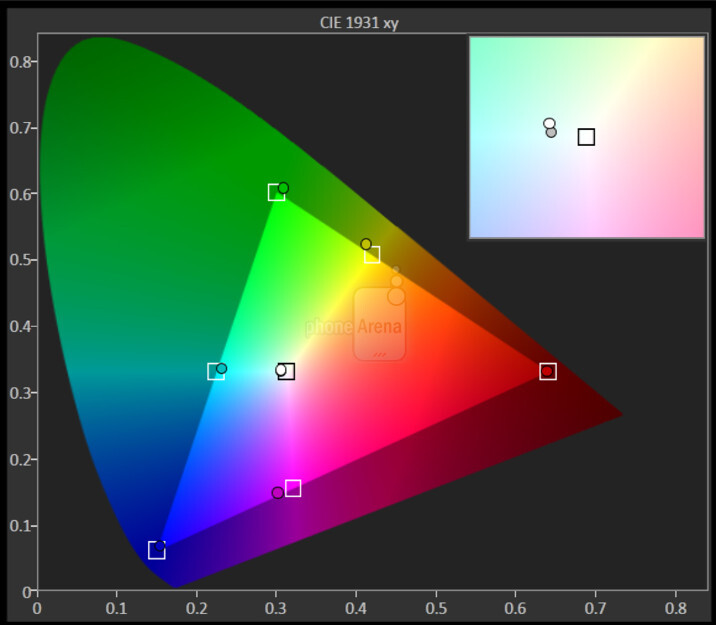