*Review based on Chinese model of the ZTE Nubia Z9, running Nubia 3.0 UI, without Google apps out of the box

Nubia is a line of mid-range and high-end smartphones, which are slowly but surely making their way to the Western markets. Although handsets under the brand are manufactured by ZTE, Nubia is treated as a separate, distinct division – one focused on making handsets of higher class.

The Nubia Z9, in particular, is a handset with a striking bezel-less appearance on top of a sleek glass-and-metal body, supplemented by a heavy hardware punch under the hood. Sporting the well-known Qualcomm Snapdragon 810, 3 GB of RAM, a 16 MP Sony Exmor IMX234 sensor-equipped camera, and a 2,900 mAh battery, the phone sure looks like a strong contender in the Game of Flagships: Season 2015. It does, however, come at a pretty hefty price – available from various online retailers, starting from $600 and going as high as $770, one would expect that it has something quite notable to offer, especially in today's cutthroat smartphone market.

So, even at first glance, it's obvious that the Nubia Z9 is made for those on the lookout for a high-class smartphone, but wish to have something rather unique and break away from the clichés. But how does it hold up when put to the test? Let's take a deeper look!

Glass-and-metal design and a nigh bezel-less look

The Nubia Z9 follows a design language that has grown popular as of late – the glass-and-metal sandwich. But, despite the current popularity of said materials, it doesn't feel like ZTE was simply following a trend – the Z9 tries to look different. But does it pull it off?

Instead of going for the super-thin aesthetic, its front and back panels bulge out quite a bit from the chamfered metal frame. Many will find the device toо heavy, as it weighs 6.77 oz (192 g), though we found it easy to operate in most scenarios. The heft and the glass back may sound like they could cause problems with the device slipping out from the user's hand. However, we found that its narrow profile allows us to have a secure grip on it. The phone's weight usually becomes a problem when it is used in bed or when it is carried in the pockets of light clothing, and the slippery back is an issue when trying to prop the device up against sleek-ish surfaces.

The front panel of the Z9 is certainly one of its more unique features – ZTE went with what it calls a 2.5D aRC (arc Refractive Conduction) borderless design. What this basically means is that the glass panel has had its ends arched in a way that allows the display's light to actually be projected from side to side, touching the phone's metal frame on both ends and giving the display a nigh bezel-less look. We assume that the aRC tech is the reason why the display's glass has so much girth to it.

Under the display, we have the capacitive navigational buttons – a circle for Home, and two dots on each side for Options / Back. These glow in red, giving the Z9 a slightly aggressive appearance. When the home button is not glowing, it does a great job at still reflecting enough light to be easily visible, whereas the red navigational dots are entirely concealed when they are off.

Looking at the phone's frame, we have the power button and the volume rocker on the right – their feedback is great, though, the rocker's travel is just a notch softer than we would've liked. Moving over to the top, we find the 3.5mm headphone jack and an IR blaster, whereas on the bottom, we have the micro USB port with two identical grilles on each side – one for the microphone and one for the speaker. On the left of the frame, we have the dual nano-SIM tray.

On the back, the Z9 is covered by another meaty glass panel – we assume ZTE chose to make it so for consistency's sake and to make sure that the camera sensor doesn't protrude. The stylish Nubia logo is situated well in the center here, while the snapper is located in the top-left corner, together with its LED flash. And, as you might expect, the whole thing is a fingerprint magnet.

Overall, while we can appreciate the attempt at sleek aesthetics, the bulgy design and uncomfortable weight of the device certainly don't do it any favors. We'd have to say that the Z9 is an OK-looking handset, but it won't be blowing any minds any time soon.

A bezel-less appearance is not enough

So, sure, the Nubia Z9's display definitely looks like something else when you first lay eyes on it. However, while it gains points for uniqueness, it has its downfalls in terms of picture quality. After some use, it quickly becomes apparent that the screen tends to favor the blues quite a bit. Basically, it looks cold. Our measurements reaffirm that – its color temperature measures at 7,901 K, which is way above the reference value of 6,500 K, and in its normal mode, the display shows a pronounced amount of blue and green while lacking reds.

There are a couple of modes, which the user can tinker with – the saturation of the display can be switched between “Glow”, “Standard”, and “Soft”, while its Hue can be set to “Cool tone”, “Natural”, and “Warm tone”. Out of all these settings, we found “Soft saturation” combined with “Warm tone” to be the most pleasing to our eyes – still not too accurate, but warms up the picture, and is not visually invading in any way.

As far as sharpness goes, we're pleased with what we see on the Z9's screen. Its resolution is not in the insane QHD range – ZTE kept the “mere” 1080 x 1920 pixel count, but this still gives the 5.2” screen a 424 PPI density. It is crisp, clear, and details are a pleasure to look at.

The Z9's brightness peaks at 459 nits – sounds usable on paper, but we often found ourselves looking for shade when using the phone under the open skies. It is somewhat visible, but usage definitely gets hampered. Perhaps the thick glass is a bit too reflective. At minimum, however, the brightness measures at the very comfortable 2 nits, so night-time users will not feel like the phone is poking at their eyes. 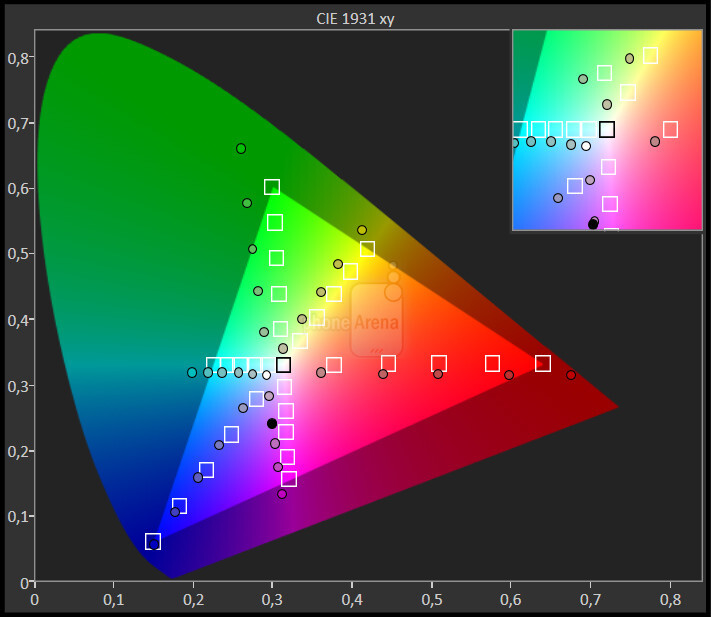 Verizon quickly follows AT&T's suit with (smaller) price hikes for all customers
The Galaxy Z Flip 3 Muzik Tiger edition makes its debut
You can now use Apple's Tap to Pay! If you visit the Apple Park Visitor Center, that is
The Galaxy Watch 4 receives a 'Recently Played' tile for YouTube Music
First-gen OnePlus Nord beats its sequel to the stable Android 12 punch
Rediscovering the headphone jack in 2022: It still matters, for 3 solid reasons