Editorials
Mariyan Slavov
9
This article may contain personal views and opinion from the author.
We humans do love our "firsts." The first experience is bound to leave a deeper imprint, both physiologically, sending electric currents through mysterious and unexplored neurologic pathways and psychologically, sometimes even creating new thought patterns.

We all remember our first kiss; that one time we sat behind the wheel of a car for the first time; our first bike ride; the first time coffee hit our taste buds. This is a story of controversial and flexible morality, karma, and a very special trade-in deal. This is my story.

The year is 2001, and our protagonist is a high school graduate on his way to start delving into the secrets of the universe. He made the mistake of enrolling in nuclear physics at one of the toughest universities in the country. This guy was young and poor (and stupid, of course), and in his mind, megalomania and inferiority complexes often played games of chess, both scoring points, with the final result forever undecided.

Back then, mobile phones had just started to show up in his little country, and owning one was a big thing. Not only were these devices hard to find, but they also cost a small fortune, with unreliable carrier services and SMS prices in the vicinity of a dollar a piece.

A hero of questionable morals


One day, this young nuclear physicist-to-be was buying a pizza in a small cafe near campus when he noticed a mobile phone on one of the tables. No one was around; the overworked, cute girl behind the counter was long gone. So he sat down in front of that phone and started eating his pizza, pondering the possibilities.

You have probably guessed what happened next. The moral battle was lost, and the young (now not so idealistic) boy went home with a Nokia 3210 in his pocket. In his defense, had he returned the phone to the counter to be put in the "lost and found" department, it would've ended up in the "lost and found" pocket of the cute girl. Those were the times.

The phone was sleek and stylish, sporting a cool reddish color. To this day, the now not-so-young boy thinks it was one of the best mobile phones made. But the story doesn't end here. You may be tempted to think that the "trade-in deal" was something similar to what Robert Johnson did at the crossroads, trading his morals and his soul for fortune and fame, or, in this case, a piece of the future.


There might be some symbolism in the above; there's no denying that, but the actual, physical trade-in happened months later. Just prior to that, Karma hit hard! The young boy was at a local cafe, where hard rock was playing and the mood was high. Then a few shady-looking guys came about, wandered a bit, and left. Hours later, the boy put on his leather jacket only to find out that the Nokia 3210 was missing from the inner pocket.

Who leaves a jacket on a hanger with a phone inside in the 2000s? As stupid as it was, that's how it all happened. The SIM card inside was a pre-paid one, so no real harm was done, and the boy actually felt good. Even though the phone probably never returned to its original owner, it was off his hands.


Our main character went home relieved, only to get a call the next day with a pretty strange offer. He was part of a book club at the time, and his love for sci-fi had resulted in a rare and complete collection of sci-fi books.

A young family and sci-fi enthusiast from the same book club bought a pair of mobile phones as an engagement gift and were trading a used Motorola T180. For a bunch of books. The young boy's entire sci-fi collection had vanished, but he now owned an honest phone. And apart from his ideals and morals (as he realized later), this book collection was his most precious thing at the time.


We all do things we regret later in life, and that's the important part. The "regret." It means we have a conscience, and the bad feeling inside is our regulatory mechanism. If that young boy were in the same situation now, he would leave a message on the counter and keep whatever wasn't his until the rightful owner showed up. 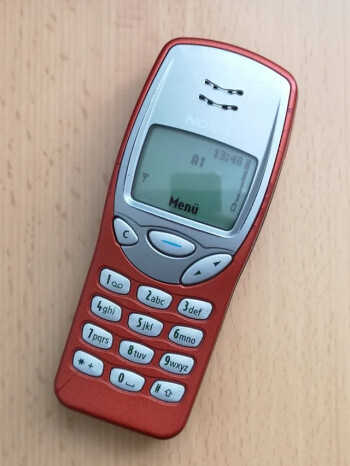 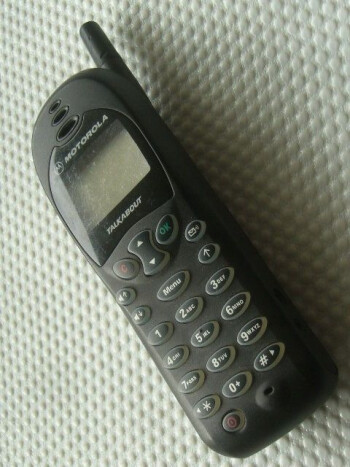 Another takeaway is that wisdom can buy you happiness (or, more specifically, a good book collection can buy you the gadget you think would make you happy). Years later, when I'd gathered enough resources to actually buy a new phone (the Sony Ericsson K750i), I gifted the Motorola to a friend whose phone got stolen. I don't know if that's enough to atone for my Nokia 3210 sins, but I hope it counts.

T-Mobile will give you the fastest Samsung Galaxy S23 in the US for free with no trade-in
Google's fantastic Pixel 6a on sale for nearly 50% off for the first time ever
Here's all that Samsung announced at Unpacked: Galaxy S23 series and more
Crazy but genius plan? Apple removes buttons from iPhone 15 in biggest change since Face ID
Galaxy S23 Ultra vs iPhone 14 Pro Max vs Pixel 7 Pro Blind Camera Comparison
Galaxy S23 and iPhone 15: Don't buy an "Ultra" in 2023, there's a better option!
FCC OKs Cingular\'s purchase of AT&T Wireless