Picks Wearables Garmin
Victor Hristov
Looking for the best Garmin watch for you? We have tested a bunch of Garmin watches throughout the years and are personally using Garmin watches on a daily basis, so in this article we sum up all the different series and models to help you make the right choice.
Unlike smartwatches from Apple and Samsung, Garmin watches typically last for days and often weeks on a single charge. Additionally, they have excellent activity tracking and many have support for the NFC and Garmin Pay, allowing you to pay with your watch and not have to carry a wallet.
So with no further ado, here is our list of the best Garmin watches in 2022.

Best Garmin watch for everyone 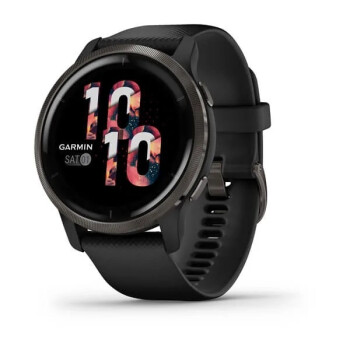 Venu 2S is a smartwatch with color OLED screen 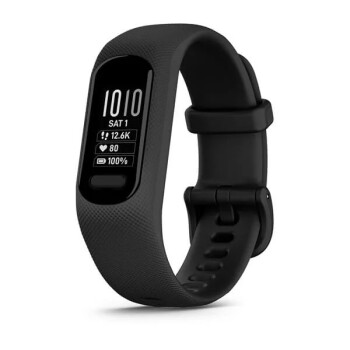 vivosmart 5 is an affordable fitness tracker 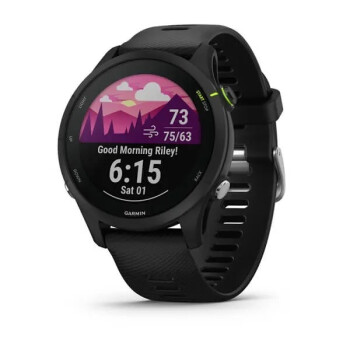 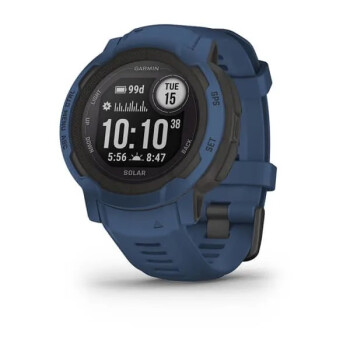 Instinct 2 is a rugged looking watch 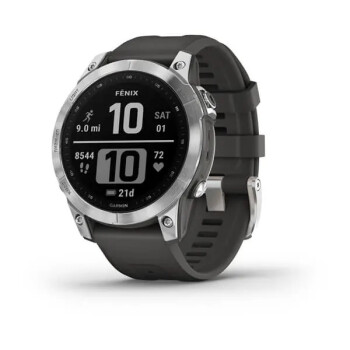 Fenix 7 is the flagship 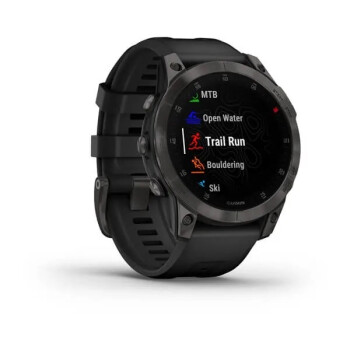 Epix 2 has an OLED screen and is pure luxury 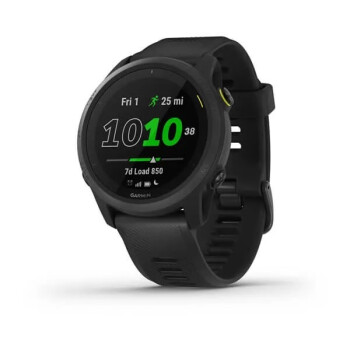 Forerunner 745 is your triathlon watch 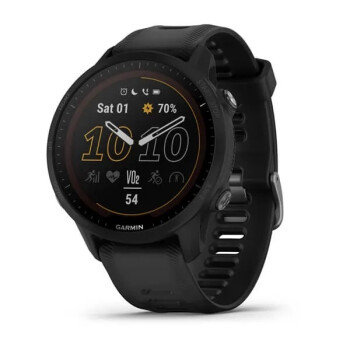 So that is a quick summary of the best Garmin watches available for most people, but you also have specialized Garmin watches for pretty much everything: you have Garmin cycling watches (the Garmin Edge series), swimming (Garmin Swim), diving (Garmin Descent), water sports (Garmin quatix), as well as golf watches (Garmin Approach) and even military watches (Garmin tactic family). They go beyond the scope of this article, though, and we will not be covering them here.

And here is a quick guide to Garmin watch sizes:
“S” suffix (like Venu 2S, Fenix 6S) stands for “small”, usually 41mm or 42mm
“X” suffix (like Fenix 6X) stands for “xtra large”, usually 50mm or 51mm
No suffix indicates a mid-size model, usually 46mm or 47mm
They might not have the fanciest screens, but they are extremely reliable, long lasting and practical. And if you that combination has won you over, you are in the right place because in this article we will look at all currently available Garmin smartwatches, lay out the differences between the models and hopefully help you settle on the one that fits your lifestyle and your budget bets. Let's get started.
Garmin Wearables Series:

The Garmin fenix are the company's most expensive and premium smartwatches with the most features. They are a great choice for hardcore athletes, runners and those who are participating in triathlons. These are watches for the high performance people and those that need the stats that come with such a lifestyle. Let's start with the newest Garmin fenix watches:

The Garmin Fenix 7 was announced in early 2022 with tons of improvements over the previous Fenix 6 generation. The biggest change is the addition of a touchscreen to all models, a first for the Fenix series, but don't worry, the hardware buttons are still here. Actually, you can control your smartwatch with either the buttons or the touchscreen, with only a handful of features explicitly requiring the usage of the hardware button. The Fenix 7X is also equipped with a handy strobe light that should bring a peace of mind to athletes when the lights go down.
The deal with Garmin's Fenix smartwatches is that you can easily mix and match features. For example, you can get the smallest version with solar charging if you wish, or you could get the largest one with a sapphire glass and no solar charging, or the regular version with both sapphire glass and solar charging. Of course, you can get a vanilla smartwatch with none of these features but at a more affordable price.

The Garmin Instinct 2 is a rugged watch made to survive in even the toughest conditions. The Instinct meets U.S. military standard 810G for thermal, shock and water resistance, features a 3-axis compass and barometric altimeter, and just as you'd expect it allows you to monitor your heart rate.

The Garmin Forerunner series comprise a wide array of watches from the very basic ones that cost less than $100 to the most advanced and feature-pack ones costing hundreds of dollars.
Forerunner 55: basic GPS running watch with Garmin Coach training plan support
Forerunner 255: GPS running watch with powerful metrics like HRV Data
Forerunner 955: Premium GPS running/triathlon watch
Forerunner 55
The Forerunner 55 is now the basic Forerunner, but it's a no-frills smartwatch aimed at aspiring runners and athletes. With built-in coaching, built-in GPS, heartrate monitoring, and up to two weeks of battery life, the Forerunner 55 is an affordable and viable option for anyone willing to take up running.
Forerunner 255
The Forerunner 255 and its Music edition are awesome upgrades to the series. The major new feature is having the device in two sizes, 41mm as well as 46mm, it also includes a next-gen HR sensor and a barometer. It also now supports NFC and Garmin Pay, while major new features include HRV data, Running Power, and a Race Widget.
Forerunner 955

The Forerunner 955 is a premium runners' watch. It now comes with longer battery life, for the first time a solar option, as well as pre-loaded maps.

Vivoactive 4: GPS smartwatch with sports apps, heart rate, Garmin Pay, and music
Vivosmart 5: Slim fitness tracker with Pulse-Ox sensor
Vivofit 4: Always-on color screen and 1+ year battery life
Vivofit jr. 3: Marvel-themed fitness tracker for kids with app adventures
Garmin Vivoactive 4
The Vivoactive 4 is the most popular Garmin watch and it is the smart timepiece that most people that are not insanely invested in a particular sport should get. The timepiece looks appealing, tracks various activities lacking only select few like an open water swim, and it features the convenient Garmin Pay system. What we do miss here are the physical buttons that make navigation on other Garmin watches so much easier, while instead here you rely on a touchscreen that works well, but not quite as good as those buttons.
Garmin Vivosmart 5
This slim fitness tracker features some advanced features like a pulse oximeter sensor, and delivers the basic sports tracking features at a very affordable price.
Garmin Vivofit 4
This tracker is getting average review scores and is not as well received as other excellent Garmin products. Some reviews mention water ingress damage from a shower or a swim, which is not really acceptable. If your Vivofit 4 does not suffer from those issues, however, it should do its job just fine.
Garmin Vivofit jr. 3
The tracker for kids, the junior edition offers some very clever features like a chore and activity tracker to help kids learn and create healthy habits. Parents can create chores, set taks timers and give rewards. And the tracker is comfortable and stain resistant, and looks fun too.

Another huge Pixel Watch leak reveals up to 24 hour battery life and much more
Apple's powerful 2nd gen 11-inch iPad Pro is currently too cheap not to recommend
Here is how Apple wants the Dynamic Island to work
A new patent by Apple indicates that reverse wireless charging could finally be coming to the iPhone
Dynamic Island app for Android, the dynamicSpot, reaches a major milestone
Google improves the Pixel battery widget by adding a new feature

Too late! Samsung, Google react to iPhone 14 by fixing 8-11 months old Galaxy S22 and Pixel 6 issues
iPhone 14 Pro Always-on display battery drain tested
Microsoft's OG Surface Duo is unbelievably cheap for a limited time (new with warranty)
Galaxy S22 users, if you're not getting texts anymore it's not because everyone has ghosted you
You can pick up T-Mobile's Pixel 6 for an astronomical discount of 67%
T-Mobile launches Secure Wi-Fi mobile app for select customers
FCC OKs Cingular\'s purchase of AT&T Wireless