T-Mobile AT&T Verizon Sprint iOS Apple Tablets Deals
Daniel Petrov
We may earn a commission if you make a purchase from the links on this page.
Back in the day we had a choice between "that new iPad or the one that came out last year", but now... my oh my... we have quite the choice, and not all iPads are created equal. From super-compact Mini, to gargantuan Pro models, from entry-level hardware, to the most powerful mobile processors ever made, pick your poison.
That poison pill becomes much more palatable at a discount, and a few Black Friday deals can soothe the price pain further. Fortunately, the more expensive the iPads get, the larger the discount becomes, ranging from $50 for the basic iPads, to over a hundred for the Pro models, so here's what's active at the moment.

Apple iPad Pro
As usual, Apple has relegated the heavy discount lifting to its Amazon storefront, as it wants to keep its luxury brand street cred on its own site. Thus, Apple's tablet powerhouse, the iPad Pro models, now range from $100 to $200 off there, depending on the model and their storage amount.
The cheapest Pro model in stock is now just $650, while the biggest $220 discounts are on the 512GB models of the 11" and 12.9" iPad Pro versions.
Apple iPad Air (2019)
Next in line is the light and powerful Air model that Apple resurrected for the 2019 realities that can now be had at the whopping $100 off for the 64-gigger, and that's a full 20% discount - something you never see on Apple's own website. No need to look for other deals, you won't find a better promo, unless you opt for the cheapest new iPad in the bunch.
New Apple iPad
What could be considered this year’s most anticipated Black Friday tablet deal is now live, as Apple’s fresh 10.2-inch iPad is just $249 shipped. That's 7" Android Chinese tablet level pricing, and the whopping 24% off the regular price, score!
Apple itself is having a big shopping event, starting tomorrow, and you can get all of its iPads discounted via a gift card. Unfortunately, the discounts are not as generous as what Amazon offers, but you can apply them directly at other Apple gear like (nudge, wink) those sought after AirPods. So, hit the image link below when the clock strikes midnight to get the gift card goodie. 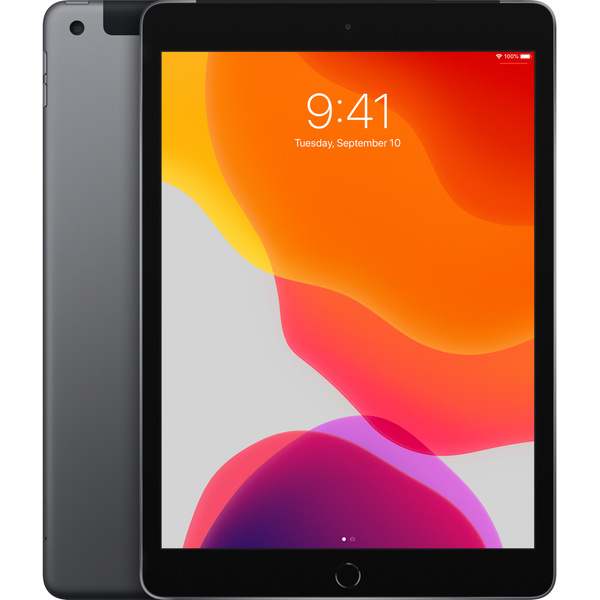 Smells like Apple allowed discounted iPad shipments to appear at all major online and offline retailers this season, as Best Buy has absolutely the same promos as Amazon, so if you don't want to wait for delivery, wake up from the tryptophan-induced food coma this evening, and head over to your nearest Best Buy to score an iPad deal like the one below.
Save $150 off the iPad Pro at Best Buy Rediscovering the headphone jack in 2022: It still matters, for 3 solid reasons
Vote now: Pixel 7 - hot or not?
Netflix is working on launching a live streaming feature
Qualcomm's next Snapdragon chipset arrives May 20
Apple could bring USB-C to the AirPods and other accessories “in the foreseeable future”
Best Buy makes Samsung's outstanding Galaxy Buds 2 even cheaper in two colors