A thin elegant tablet, or a large powerhouse? A lot of users will be facing this dilemma after Samsung introduced its 12” slates, that's why we decided to pit those two categories against each other. Get ready to rumble, as it's the thinnest, lightest 10” Android slate out there – Sony Xperia Z2 Tablet – versus the functional, but monstrous 12” Galaxy NotePRO. The Z2 Tablet is waterproof, while the NotePRO sports a pressure-sensitive S Pen stylus. Which one will prevail? Let's find out...

NotePRO is as light and compact as a 12-incher can get, which is still not much, especially compared to the thinnest, lightest 10” tablet out there

The Xperia Z2 Tablet is incredibly thin at 0.25” (6.4mm), and also the lightest 10” tablet out there. Thanks to the light chassis and the relatively thick side bezels, it's easy to hold with one hand even, something that we don't encounter every day with 10-inchers. It's waterproof, too, with IP58 certification, meaning that you can dip it up to five feet of water for more than an hour. Its only design downsides are the soft-touch back that smudges easily, and the tiny side keys that have a tendency to wobble. Sony's tablet is exactly what a modern slate should be, if you want to find justification for it to replace your laptop, at least on the digital consumption side of it.

The NotePRO, on the other hand, has a faux leather back that feels more slippery. Samsung's slate is not bad in terms of thickness, at 0.31” (7.95mm), but its 12” status returns 26.56 oz (753 g) of weight. As for holding it with one hand – you can, but the weight and the thinner side bezels are rather prohibitive to do it comfortably. With this heft, it closes in on some compact ultrabooks that run full-fledged Windows, and here we have an Android tablet. Samsung equipped the NotePRO with its pressure-sensitive S Pen stylus, which adds an extra input method towards the large display canvas.

Color saturation is the name of the game with those displays, but they are very pleasant to look at. NotePRO kills it in the brightness department, while the Z2 Tablet screen is too reflective.

The Z2 Tablet falls short of the NotePRO when it comes to pure resolution, as it sports a 10.1” 1920x1200 pixels LCD display, while Samsung's 12” slate flaunts 2560x1600 pixels Super Clear LCD panel. The NotePRO's display, however, uses a different matrix, called Diamond Pixels, which effectively lowers the subpixel count; its alternative arrangement is quite visible on the large display, especially with solid colors. Since we have a much smaller display on the Z2 Tablet, its 224ppi pixel density isn't far from the 247ppi of the NotePRO, so in terms of pixels per inch count the tablets are on par.

Sony uses its new Color LED tech for the Triluminos screen of the Z2 Tablet, which exhibits flashy and appealing, but not too oversaturated colors, that are very pleasant to look at. Samsung's panel also appears somewhat oversaturated. The white balance of the Z2 Tablet is spot on, while the NotePRO flies towards the cold side of the spectrum with 7196 Kelvins vs 6664K on the Sony.

When it comes to peak brightness levels, the NotePRO musters the much higher 627 nits, which is an amazing feat for a tablet. Compare that to the 417 nits of the Z2 slate, plus its annoyingly high reflectivity ratio, and the NotePRO immediately becomes the better display to use outdoors in sunlight.
The viewing angles on both tablet are very good, with barely a shift in display characteristics even at more extreme angles. 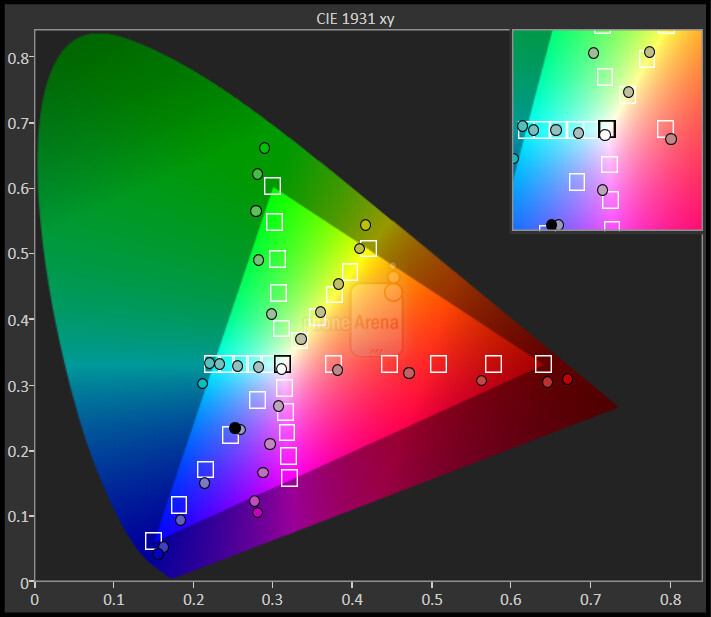 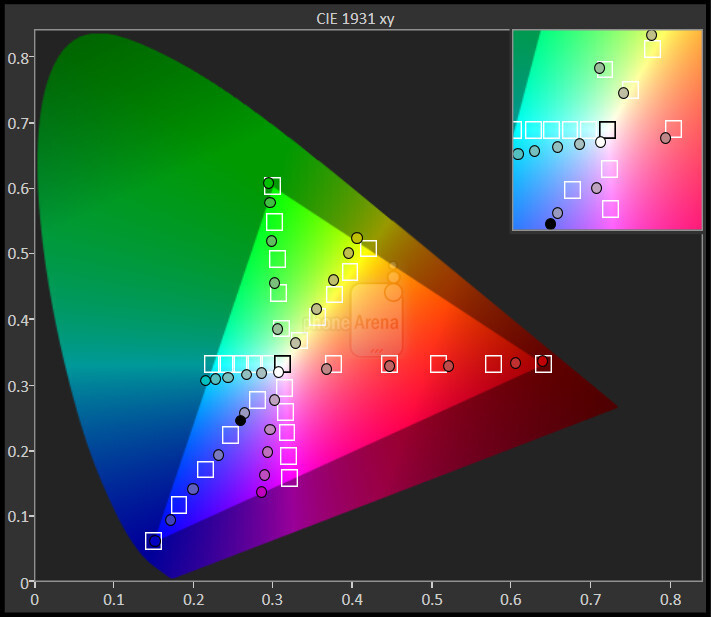 WhatsApp working on another feature for Status Updates: quick Insta-like emoji reactions
Leaked Motorola Moto S30 Pro specs and images peg it as a rare compact flagship
Instagram plans to test tall photos once again, but this time without a TikTok-like redesign (yet?)
Best OnePlus 10T screen protectors
How to watch Samsung's August Unpacked event for the Galaxy Z Flip 4 and Z Fold 4
Apple AR/MR headset could arrive as soon as January 2023, and will cost more than $2000