Back in January of 2015, Oppo unveiled the R1C – an upper mid-range handset released just before the Chinese New Year celebrations. Now that the shopping flurry in its homeland is over, Oppo is preparing to make the smartphone available internationally, launching it under the name Oppo R1x – same hardware, different letter at the end of its name.

So, where is the Oppo R1x supposed to stand in the smartphone jungle? Its specs are reminiscent of the super-slim Oppo R5, save for the slightly smaller, 5” display with a lower resolution of 720 x 1280 pixels. The R1x has an 8-core, 64-bit Snapdragon 615 humming under its hood, coupled with 2 GB of RAM, and a potent-on-paper camera combo – a 13 MP snapper on the back and a 5 MP one on the front.

But unlike the R5, the Oppo R1x does not aim for the “Thinnest smartphone in the world” crown. While still extraordinarily thin, the R1x packs a 3.5 mm headphone jack, a dedicated speaker, a microSD card slot, and a battery of a decent size – all essentials the Oppo R5 lacked.

Overall, the R1x sounds like a solid mid-ranger all around, so let's take a closer look and see how it holds!

Aluminum is the new black

A stark but elegant rectangular shape is what immediately greets us as we unpack the Oppo R1x. An aluminum-magnesium alloy frame with chamfered edges wraps around the phone's sides, giving it a modern look and feel. The volume control buttons can be found on the right side, while the power toggle is on the left, all situated on the metal frame and made of the same material. Unfortunately, the buttons themselves are shallow and wobbly, not offering a satisfying click when operated, but still work. Also, the capacitive buttons on the front lack any sort of backlight, which may look stylishly subtle, but makes them nigh invisible in darker environments, especially on the black unit that we have.

The Oppo R1x feels grippy when held, it's light and easily operated with one hand, and carrying it around in a pocket presents no issues or uncomfortable jabs. Its back panel has a glossy, glass-like look to it, and has been specially treated so that it reflects light in a diamond-like pattern. The shapes are far less visible than what the stock photos make them out to be, and are a bit understated, which can be a good thing, as the back is not annoyingly flashy. On the flip side, don't expect to be showing off with the unique effect, as trying to demonstrate the reflections to an observer can be hard under unfavorable conditions. Additionally, fingerprint smudges are very visible on the back of the black unit we have. The handset is also available in white and we'd imagine that smudges will be a bit less visible with that color variant.

Nothing special on paper, sharp-looking in reality

The Oppo R1x rocks a 5” display with a resolution of 720 x 1280 pixels, resulting in a pixel density of 294 PPI. Some may frown at these numbers, seeing as, nowadays, it is believed that a minimum pixel density of more than 326 PPI is required if the display is to show no pixelation. But in the case of the R1x, we found the picture quality to be perfectly acceptable for normal use. Naturally, if one is used to QHD (1440 x 2560 pixels) screens, they will probably perceive a slight loss of detail.

Colors on the Oppo R1x's screen look satisfactory and fairly accurate, with only the blues and greens showing a very slight oversaturation at certain moments. Color temperature measures at 6,838K, which is not far off from the optimal 6,500K, leaving the screen looking just a bit cold, but not annoyingly so.

The display's gamma is slightly uneven, measuring at different levels across the different points of the grayscale, but generally staying above the reference value of 2.2. As a result, the dark areas in images appear darker, while bright areas look as intended.

Brightness goes up to 474 nits, which makes the phone usable outdoors, even on a sunny day. The lowest it can go is 5 nits, which is great for night-time readers, but not optimal, as prolonged sessions may become uncomfortable.

All in all, the display on the Oppo R1x looks pretty good, with no major drawbacks. 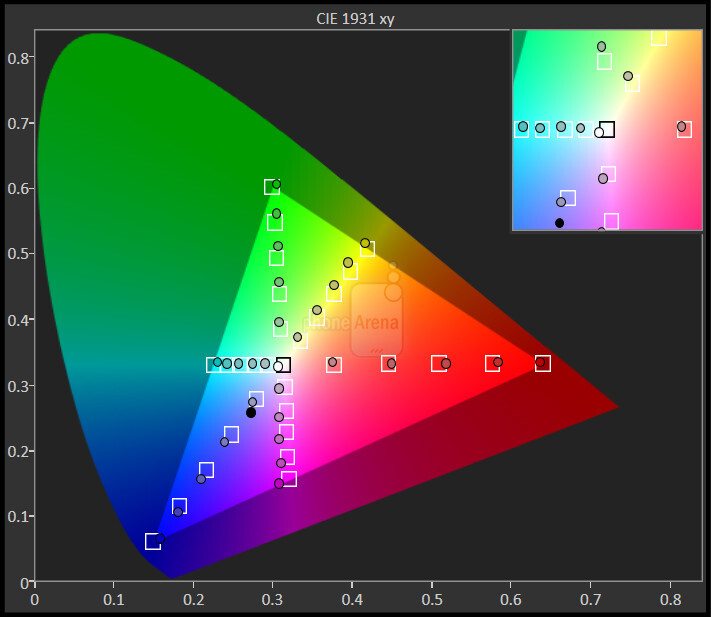 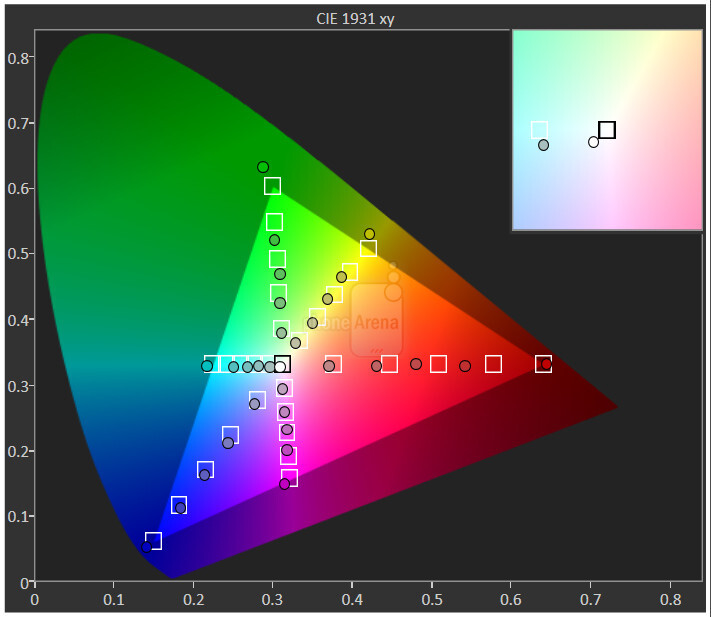 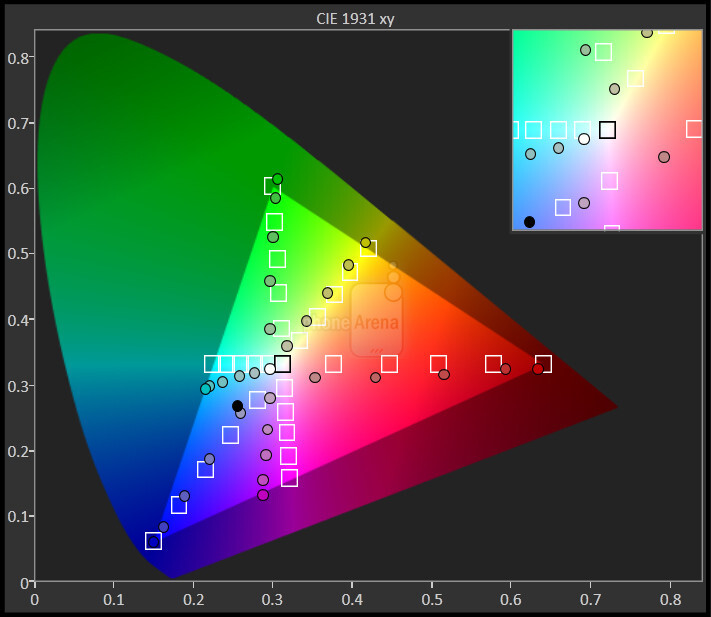 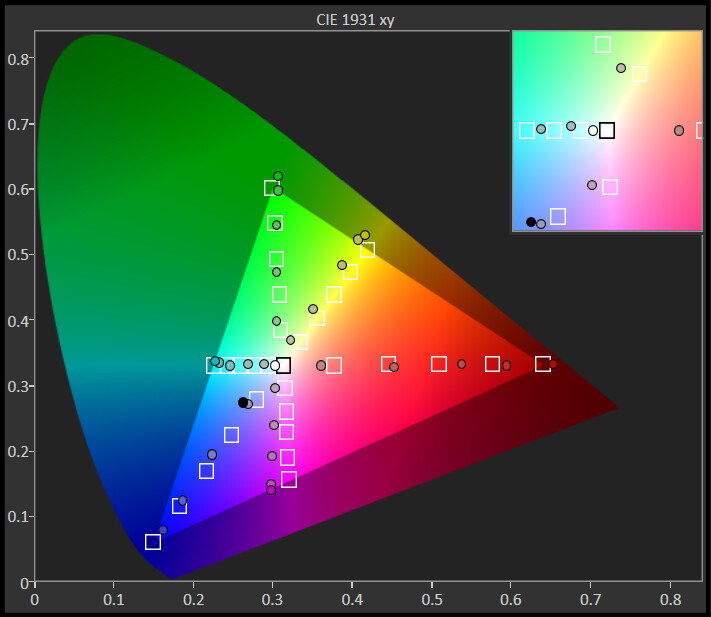