The new Apple iPad Air and the ultrathin waterproof Sony Xperia Tablet Z are arguably two of the best designed and premium slates currently on offer, so we are pitting them against each other to ease your choice.

Apple's iPad series basically started the tablet craze, and is still its strongest and most recognizable ambassador amongst users. Android caught up in market share over the span of few years, treading the slate waters with devices at various sizes and price points. It is still lacking badly in the number of tablet-optimized apps compared to iOS, though.

Furthermore, Jony Ive's design team managed to come up with the iPad Air this year - the lightest 10-incher out there, while still keeping the premium aluminum chassis and slenderizing the build even further. When we talk about slender, though, the Xperia Tablet Z is the world's thinnest tablet, and it will work even if you dip it in water, so it has a lot going for it, too. Will that be enough to choose Sony's tablet before Apple's formidable iPad Air? Read on to find out...

As we mentioned in the intro, the fight is between the world's lightest and the world's thinnest 10” slates here, meaning both are engineering marvels on their own take. Sony put a slightly larger 10.1” display compared to the 9.7” one in the iPad, hence the Tablet Z is about an inch taller. It makes up for this with the record slim 0.27” (6.9mm) chassis, though with 0.3” (7.5mm), the iPad Air isn't far behind either.

When it comes to weight, Apple's aluminum slate is just about a pound, or 469 grams – an amazing feat considering that it sports a premium metal chassis. Not that the Xperia Tablet Z isn't very light for a 10-incher, too, at 17.46 oz (495 g), and it also sports a nice soft-touch material for the chassis. That's the weight of a Tablet Z with cellular connectivity, though. The iPad Air version with cellular weighs a bit more than the basic version, at 1.05 pounds (478 g), so we can call the slates about even in industrial engineering.

The rubberized housing of the Tablet Z doesn't look as premium as the precision cut aluminum of the iPad Air, but such a craftsmanship is for a good reason, since Sony's tablet is IP57 certified, meaning you can dip it in up to three feet (1m) of water, and it can stay there for half an hour without any damage. Not that you'll be dipping it pointlessly, but watching movies or browsing for hours in the bathtub becomes possible, and you won't worry about spilling something on the Tablet Z while following recipes off of it in the kitchen. The iPad has a whole satellite universe of accessories, though, so you can quickly make the iPad Air waterproof with a case, too, but it won't be quite as... airy in that case.

As far as the handling experience goes, the aluminum iPad Air is much more slippery than the soft-touch rubber on the back of the Xperia Z, so Sony's tablet is the one allowing a better grip. Both slates, however, are so thin and light for their 10” category, that using tablets with such screen diagonals has never been easier on your wrists.

The buttons on both slates are easy to feel and press, with good tactile feedback. The iPad Air's power/lock key position at the edge is a tad more ergonomic compared to the signature circular metal key of the Xperia Z, as you only have to comfortably extend your index finger to push it. In addition, the volume rocker beneath the Tablet Z's lock key is a bit too thin to be comfortably pressed, and its key travel could be deeper.

Looking further around the sides, Sony's tablet also features tight protective flaps on top of the memory card, headphone and charging ports, which have to be closed tight for the waterproof certification to do its deed. Since the iPad Air doesn't have expandable memory, its only openings are the Lightning port and an audio jack. The iPad also doesn't sport the Xperia Z's infrared sensor, which comes in handy to control home electronics with the tablet, and has an accompanying app that can schedule and switch to TV shows for you, if your cable provider supports this feature. Sony offers a quad-speaker system on its tablet, with two small opening on the sides, and two at the bottom, while the iPad has two speakers flanking the Lighning port.

The 9.7” iPad Air has hands down a better display than the one that comes with the Xperia Z, as it is equipped with perhaps the best tablet screen out there. We aren't talking only about the excellent 2048 x 1536 pixels resolution and 264ppi pixel density, as there are tablets with more pixels and higher densities. What we mean is that the display shows very realistic colors. It sports in-cell touch technology, which means the touch layer is woven directly in the screen panel itself, returning a sharp and very bright image.

The Xperia Tablet Z still sports a very nice 10.1” display with 1920x1200 pixels of resolution, which returns a decent, 224ppi pixel density. The colors look a bit washed out while in the interface or apps, but Sony's Mobile BRAVIA Engine 2 bumps up the contrast and makes them more saturated when showing pictures or video. The on-cell touch tech removes the typical air gap between the touch layer and the display, reducing reflections and increasing backlight throughput, but not at the level the in-cell touch package of the iPad Air does it. In addition to the higher peak brightness of the iPad Air compared to the Tablet Z, which comes very handy outdoors, the iPad also sports much lower minimum brightness, so it is more comfortable on your eyes in complete darkness.

As for viewing angles, both tablets perform admirably, with contrast and brightness starting to noticeably shift only at extreme angles, which is good if you are sharing your tablet screen with someone. 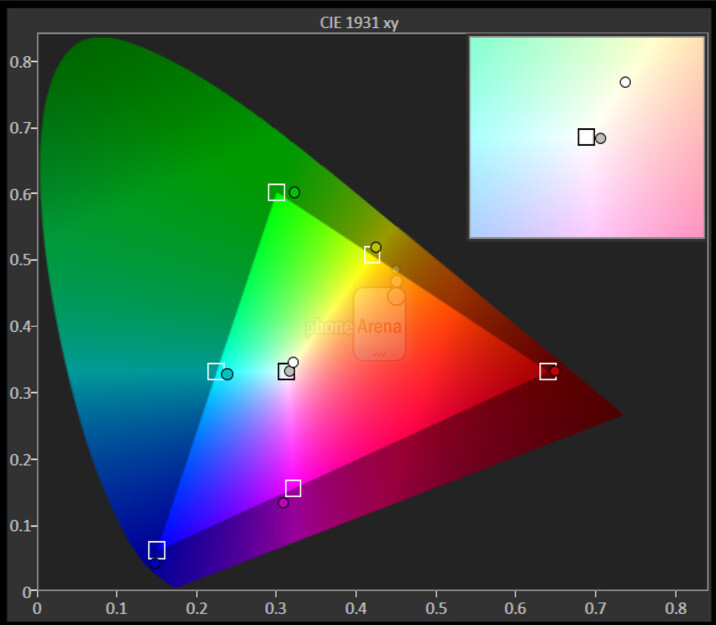