Google Pixel and Pixel XL: all the new features

If the #madebygoogle tag and site with the same name haven't given you a hint already, Google is steering its ship towards the stormy waters of being a vertically integrated software company that does hardware as a platform for its services, especially the new Google Assistant virtual butler that is supposed to usher us in the era of artificial intelligence from the comfort of our homes and phones.
The above image isn't a living proof for that notion, as Google now offers the Home air freshener contraption, aka talking Assistant, the Chromecast Ultra streamer, and, yes, two new phones so you can take the virtual butler with you on the road as well. These phones, the Pixel and its larger Pixel XL sibling, are nothing like the Nexus line that Google used before to show off its hardware prowess.
First off, they are now way more expensive than anything Google has done so far when it comes to handsets, starting off at $649 for the 32 GB Pixel model. The company is thus trying to position itself as a high-end phone maker in the ranks of Apple and Samsung, which are the only ones that can charge such sums with impunity, getting away with $600+ prices and still selling million of units. To justify the new pricing scheme of the #madebygoogle phones, the search giant equipped the Pixel and Pixel XL with plenty of exclusive features. Here's the scoop:

Google Pixel and Pixel XL - all the new features 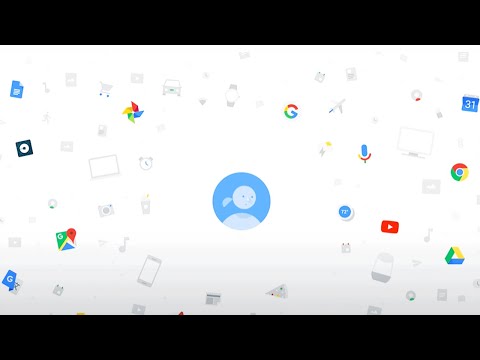 Those colors, Very Silver, Quite Black and Really Blue, sounds like they've been named by Doge. Much wow.

Nothing about this phone captures my interest.

With all these exclusive features coupled with the super cool Daydream VR it seems Google Pixel duo will be quite interesting...but that steep pricing!

N who lives abroad n in precise in the middle east what would be the benefit of that Google assistance and care by Google, hek we don't even have a Google store in here so we could purchase it, all we could do is purchase it from a mobile store n sure it'll be over 800$ for the small pixel 32gb, so I don't see quite useful feature at least where I live.

Quick, before they review the Pixel, place your bets now. I'm going for 9.1 They're gonna say it's good and awesome, however it still (by PhoneArena law) must not rate higher than an iDevice. So, what say you guys?

They will prolly rate it at around 8.9 or 9.0. I can't imagine a worthless iCrap 6S has better score (same with iCrap 7) than the likes of Note 7/S7/S7E/HTC10/Droid etc when in the other side of the world, Premium Android phones are miles better in features (display, battery, storage expansion, water-resistance)

I'm really interest to see more of the camerahttps://www.dxomark.com/Mobiles/Pixel-smartphone-camera-review-At-the-top Almost instantaneous HDR+ is amazing HDR+ allows the the 6P to take better pic at low light than the HTC 10/Note7/iPhone7 Plus, despite lacking OIS and having a f/2.0 lens The only issue was speed and processing time, which aren't problems any more Hopefully they've also improved the quality of smartbursts and non HDR+ photos too

dat detail... @_@ (will wait for video sample before talking about overall camera quality, lack of OIS will obviously affect vid stabilization, lets see how their software based stabilization can fix that)

I thought it was going to be revolutionary but there's nothing really new or original. But it seems like a well made phone.

What's the point with these phones? I mean it's NOT the first to have the latest OS, the V20 was, not the first even to be DayDream ready Axon 7 was. It's not a economical phone as originally planned with the Nexus line.

I dont like the designing and pricing of these phones.By this kind of pricing Google kills its own idea of introducing nexus phones i.e affordability.Also google dont have wide range of phones,so people dont wants to spend so much on phones have no option left.Google still sticks to Apple approach of not giving micro sd slots which I dont understands.Google clearly tells everybody by killing Nexus branding- we were killing affordability factor too.Its the first time I am criticizing google phones.Atlest Google pixel should be affordable so that majority of people enjoy pure android,frequent updates and great cameras in a affordable price.