Samsung
Preslav Kateliev @press4k
We may earn a commission if you make a purchase from the links on this page.
Samsung’s value Galaxy A line is getting pretty serious with the Galaxy A72. A midrange phone with a high refresh rate screen and a camera with optical image stabilization? Coveted features, usually exclusive to the top Galaxy S line.

With that in mind, the eternal question “Should I buy this year’s midranger or last year’s flagship?” might pop up in your head. The Galaxy S20 is not officially sold in the Samsung store anymore, but it’s out there in the hands of retailers and carriers.

At about $449, the Galaxy A72 costs much less than expected in its 4G reincarnation, and there might not even be a 5G one soon, so its price is definitely below that of the S20, even when on promo. With that said, is it worth waiting for a Galaxy S20 deal or should you just buy a Galaxy A72 instead?

Here’s a quick look at things:

So, what are the tradeoffs here? Both phones look kind of similar, but the A72 is definitely bigger. However, the S20 has a curved “edge” screen, if that’s what you’re into. Also, the S20 feels a more premium with its glass-and-metal construction.

Galaxy A72 vs Galaxy S20 design and display

Galaxy A72 vs Galaxy S20
If screen size is of utmost importance to you, then the A72 will definitely look like the more lucrative offer. With a big, 6.7-inch screen with the same quality AMOLED as the flagships, it should definitely be a neck-twister, right? Especially since it’s a high refresh rate display as well, albeit at 90 Hz. Well, its colors are colder and slightly less credible than on the S20 display, plus it doesn't have the certification for brightness and gamut that will bring you the HDR experience while watching Netflix.
Display measurements and quality
View all
The CIE 1931 xy color gamut chart represents the set (area) of colors that a display can reproduce, with the sRGB colorspace (the highlighted triangle) serving as reference. The chart also provides a visual representation of a display's color accuracy. The small squares across the boundaries of the triangle are the reference points for the various colors, while the small dots are the actual measurements. Ideally, each dot should be positioned on top of its respective square. The 'x: CIE31' and 'y: CIE31' values in the table below the chart indicate the position of each measurement on the chart. 'Y' shows the luminance (in nits) of each measured color, while 'Target Y' is the desired luminance level for that color. Finally, 'ΔE 2000' is the Delta E value of the measured color. Delta E values of below 2 are ideal. 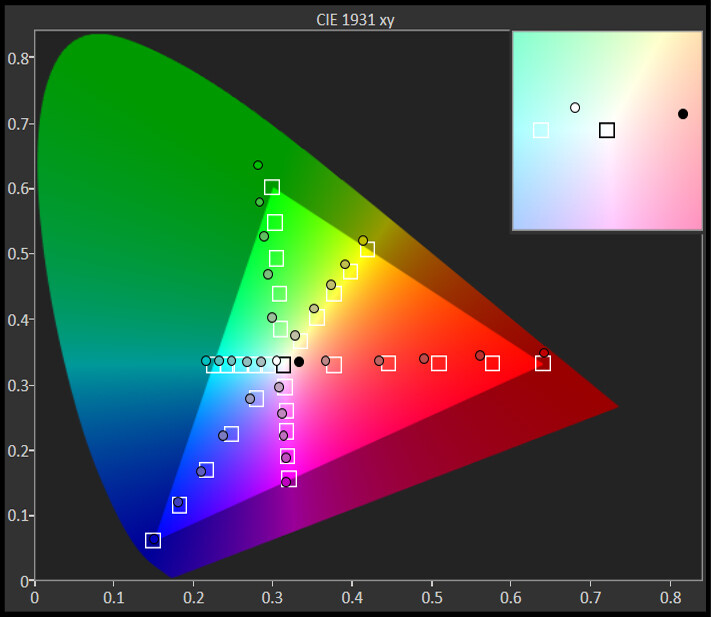 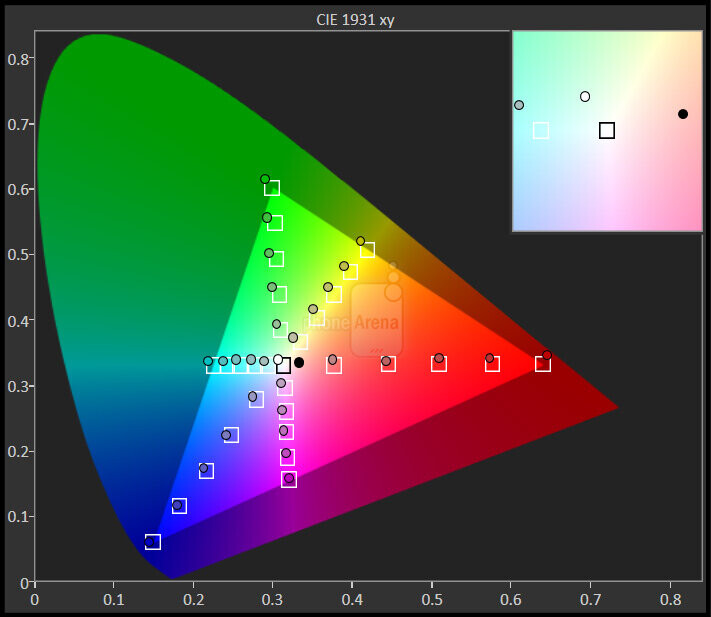 View all
The Galaxy S20 is definitely a more compact experience, too, which may or may not be your thing. When it comes to build, the Galaxy S20 is definitely the better-feeling phone. Samsung’s recent switch-back to plastic glasstic backs on their phone feels like a bit of a gut-punch to us cork sniffers. If you happen to always use your phone with a case - no biggie. The S20 also has the Samsung-signature dual curved screen, which a lot of people actually dislike, so again - if you are in that particular camp, then point goes to Galaxy A72.
A few more interesting tidbits - both the Galaxy S20 and Galaxy A72 have a microSD card slot for storage expansion, yet only the A72 has a headphone jack. We also have stereo speakers on both smartphones.

Galaxy A72 vs Galaxy S20 camera

The Galaxy A72 has impressive camera specs on paper — a 64 MP main camera and a 32 MP selfie camera. Actually, what’s that? A full set of quad cameras on the back?

We had some time with the Galaxy S72 and it seems that the camera favors a cool color temperature. It definitely comes up with sharp images, but there seems to be a bit more software oversharpening going on as well.
The Galaxy A72 has optical image stabilization on its main camera, which is a feature we still rarely see on midrangers. A welcome one, of course, it improves low-light performance and video stability as you can see in the samples here, and brings it up to par with the 2020 flagship. Then, there are features like Portrait Mode and the ultra-wide camera, present on the Galaxy A72 and ready to contend with the Galaxy S20.

As for the selfies - a 32 MP sensor on the front sounds a bit scary. Will it underline absolutely every wrinkle on our faces? Nah, the 32 MP camera of the Galaxy A72 doesn't outperform the 12 MP selfie sensor on the Galaxy S20 in terms of detail. Bottom line, there is a competent camera performance from both phones, and we'd even give a slight preference to the colors and white balance resulting from the A72.

Galaxy A72 vs Galaxy S20 specs and performance

The Galaxy A72 was supposed to come in two flavors — one with 5G and one without. But we didn't get that — at least not just yet. Currently, there's only one Galaxy A72 model — one without 5G.
It's powered by a Qualcomm Snapdragon 720G, which is slightly above the midrange. The 2.84 GHz Snapdragon 865 that is in the Galaxy S20 consistently beats the Snapdragon 720G in benchmark scores. So, the Galaxy S20 is still the way more powerful phone, despite being a year older, and it beats the A72 when it comes to gaming and heavy tasks. In daily apps, chats, mails, etc. - the phones feel just fine.
Both phones to have a minimum of 128 GB storage, expandable via a microSD card slot, but in terms of RAM the Galaxy S20 goes all the way up to 12 GB. Great for bragging rights, for sure, but it also makes a difference in performance and multitasking in a meaningful way.
AnTuTu is a multi-layered, comprehensive mobile benchmark app that assesses various aspects of a device, including CPU, GPU, RAM, I/O, and UX performance. A higher score means an overall faster device.
If the T-Rex HD component of GFXBench is demanding, then the Manhattan test is downright gruelling. It's a GPU-centric test that simulates an extremely graphically intensive gaming environment that is meant to push the GPU to the max. that simulates a graphically-intensive gaming environment on the screen. The results achieved are measured in frames per second, with more frames being better.
View all

Galaxy A72 vs Galaxy S20 battery life and charging speeds

With a larger, 5000mAh vs 4000mAh battery, and faster, 25W charging, the Galaxy A72 is the king of battery life in this comparison. More so since the S20 sports a higher resolution 1440p display with higher refresh rate that takes bigger toll on the endurance than the 1080p panel of the A72. If time away from the charger is more important to you, go for the Galaxy A72.