Sony makes some awesome Android phones, that’s certainly obvious looking at its portfolio of devices over the course of the last year. Starting with the Xperia Z1, they’ve been able to subsequently become even more relevant in the space with the eventual announcements and releases of the Z2 and Z3 respectively.

Here in the US, however, it’s a strange development with Sony – where they continue to have very little presence. Heck, the only notable Android powered smartphone from the company to come in recent memory was last year’s Sony Xperia Z1S for T-Mobile. Passing up on bringing the Xperia Z2 stateside, Sony has opted instead to deliver the Sony Xperia Z3v as a Verizon exclusive. One can assume it’s a variant of the newer Z3, seeing that it bears its name and whatnot, but is this Verizon bound smartphone capable enough to keep it in contention over other recently notable entrants?

Unfortunately, the Xperia Z3v uses the older body style of the Z2, instead of the refined look of the Z3.

Well, this is certainly an odd revelation! You’d think that the Z3v would bear the newer and more refined body style of the Xperia Z3, but instead, it opts to employ the Z2’s design. Even more concerning is that the Z3v is thicker, longer, and heavier than both the Z2 and Z3 before it. In all fairness, we admit that it’s a premium made smartphone and solidly constructed, especially considering that it boasts an IP65/IP68 rating for protection against dust and water, but its design could’ve been more compelling if Sony favored to follow the newer design style of the Z3.

In differentiating the design, there are some minor changes that don’t technically make it identical to the design of the Z2. For starts, Verizon’s presence is absolutely made known, as logos are found below the earpiece and in the back of the phone. Just like its siblings, many of its ports are covered by flaps to protect them from being damaged when submerged under water – although, newer phones offer nano coating finishes that don’t require ports to be covered. Nevertheless, we do appreciate that the Z3v has a dedicated shutter button that allows us to snap photos under water a lot easier.

In comparison to what’s been established, the 5.2-inch 1080 x 1920 Triluminos IPS LCD display with Sony’s own X-Reality for mobile technology is a decent looker for a contemporary thing. Strangely, though, the screen here has a lot more qualities in common with the Z2’s display – as opposed to the Z3.

First and foremost, the Z3v’s panel achieves a maximum brightness output of 407 nits, which is a far cry from the 713 nits produced by the Z3’s panel. Indeed, it’s still a potent tally to make it visible outdoors, but it’s nowhere in the same scope and range we see with the Z3. In addition, its color temperature of 6886 K, and color reproduction, put it into the same category as the Z2’s display, which on the other hand, is better than the one of the Z3. Overall, what we’re looking at here is the Z2’s display once again – so at the very least, it’s still appealing to the eye. 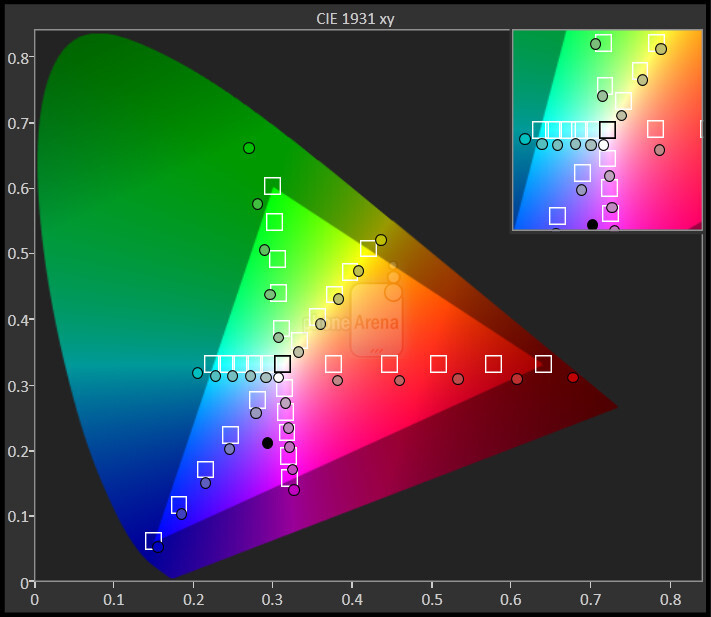