Thanks to the diversified nature of its various businesses, Sony may not be in as precarious a position as the likes of HTC or BlackBerry. All the same, it's plainly obvious that the maker has been having trouble in mobile for a while now. Ditching the Z-series of old, Sony is transitioning to an Xperia X branding, and the eponymous mid-ranger is the first of the new line we get to review.

This move, it's supposed to be a showcase of Sony's willingness to get back to the drawing board and re-imagine at least some parts of its mobile offering. And with an asking price of $549.99, Sony is setting the bar for itself and the Xperia X pretty high. Let's see if they pass our test.

A mix of old and new, the Xperia X offers numerous small improvements, along with some big ones

If you've ever held Sony's still reigning flagship, the Xperia Z5, then you'll know just how uncomfortable it is. The frame towards the back cuts into your hand unpleasantly, and the frosted glass is very slippery. With the Xperia X, Sony fixes the former issue, but not the latter.


In any case, if we're to continue the parallel with the Z5, the Xperia X is different in many small ways. For starters, the glass up front seamlessly flows towards the sides, creating a beautiful effect. The modular corners of old are also gone as the frame is now a singular piece, the Xperia insignia etched onto the left side is no more, and the lanyard cutout has been retired. The only branding on the back left standing says simply “Xperia”—no Sony, and no G Lens cheat sheet next to the camera. Speaking of the shooter, it's bigger than before and protrudes just a tiny bit.

In short, all of the above combines to give us a clean, distinctive, and very attractive exterior. Sure, the aforementioned issue with the slippery back stands, but seeing as how many will go for a protective case, it's probably not too big of a deal.

If you're after trendy technologies such as Quad HD AMOLED screens, the Xperia X will disappoint—but not entirely. Sporting a 5-inch panel, it's an IPS LCD make with “just” 1080 x 1920 pixels. But if you're after the typical “AMOLED” effect, meaning obviously overstated colors, then you're in luck.

The Xperia X's screen is, indeed, not at all color correct. All your primaries and secondary are off target, with Red and Green being the worst offenders. Blue, on the other hand, dominates over them in turn, resulting in a very high color temperature of over 8,200K. In practice, white and the many shades of gray are decidedly bluish, which is annoying.

Onto a more positive note, both maximum and minimum brightness are just excellent, ensuring great experience whether it's midday or dead of the night. Gamma is also on target, and it's actually rare that we get as accurate response. Makes the above-mentioned shortcomings even harder to stomach, unfortunately. 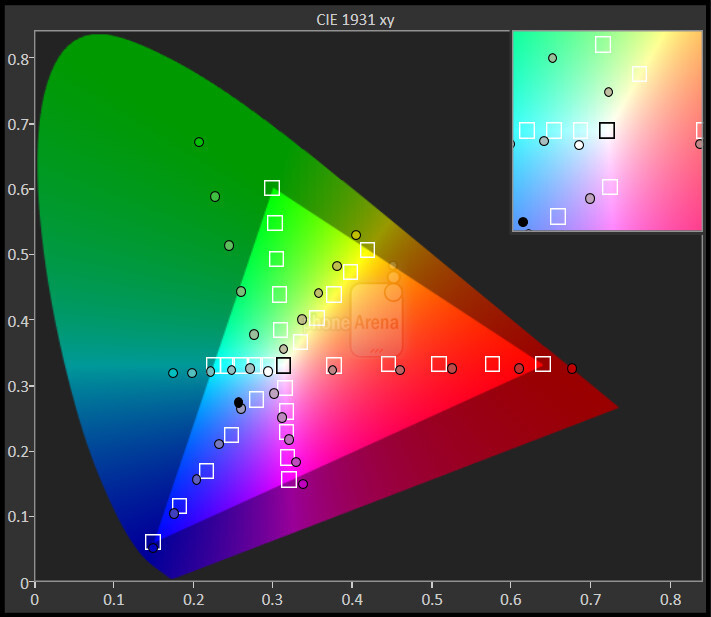 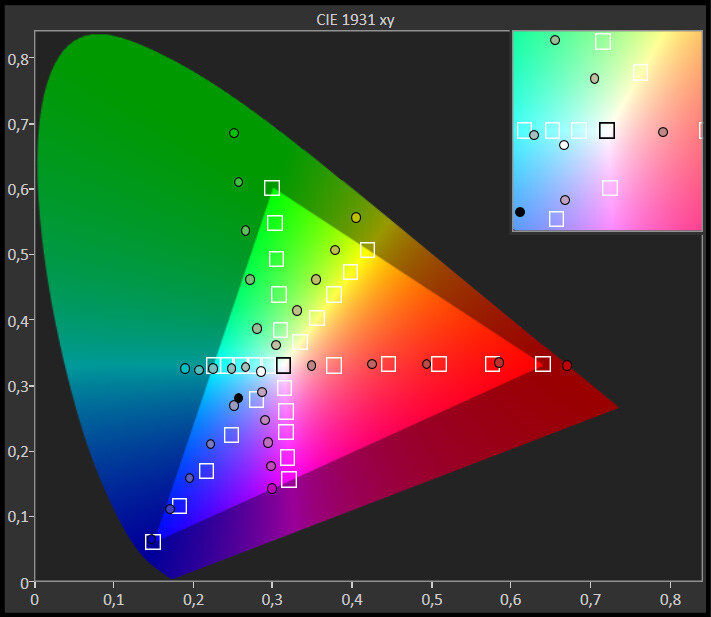