As Android continues to dominate the smartphone market manufacturers are no longer reserving the flexible OS for their high end devices. The Kyocera Milano is one such device, offering Android 2.3 Gingerbread on the cheap. The sliding QWERTY device skimps on the specs but makes up for it with good build quality and a top-notch keyboard. Included with the Milano you’ll find a 2GB microSD card and microUSB cable/AC adapter combo.

Kyocera has stuck with the familiar side-slide design for the Milano which reminds us of Frank Reynolds…short and stout. It features just a 3” display with a paltry 240x320 resolution and just 262k colors. The screen quality is poor with fuzzy details and lack of depth. It is by far the worst feature of the phone, but unfortunately it is often the first thing you notice which instantly puts a bad taste in your mouth.

You can compare the Kyocera Milano with many other phones using our Size Visualization Tool.

Luckily sliding the Milano open reveals a surprisingly good four row QWERTY keyboard. The keys are slightly raised and textured, and spaced far enough apart that you’re not hitting two at a time. With the Milano’s smaller design you don’t have to reach to access the middle of the keyboard, making texting comfortable and pleasant.

The build quality all around is quite good for a low end device. The spring-assisted slide mechanism is smooth and solid and we don’t have any worries about it failing. The four physical navigation keys on the front as well as the volume rocker, power and camera buttons along the sides all offer a reassuring click when pressed. The battery door has a coating of soft touch paint giving it good grip.

Buttons on the front side
3.2MP camera
Under the battery cover
Volume rocker and microUSB port on the left
Camera key on the right
3.5mm jack and power button on the top
Once you get past the poor display the Kyocera Milano isn’t a half bad phone for what it is. The smaller form factor is more comfortable for the smaller hands the Milano is targeted at. The keyboard is nice to type on and the good build quality means it will hold up to everyday use. 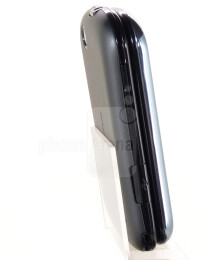 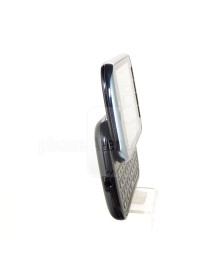 Massive ZTE deal time: flagship phones for 50% off!
Top analyst says iPhone has 10 years left before it is replaced by AR
Best Black Friday 2021 Samsung phone deals
Motorola may be the first to release a 200MP phone