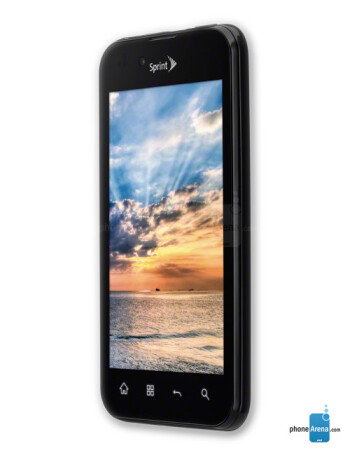 Good for first few months, then gets progressively worse until unbearable to use

I should clarify that I used to own this device, and had it for about 9 months until the battery decided to overheat to the point of being literally too hot to hold after 2 minutes of viewing the HOME SCREEN. This device was great while it lasted, but great in terms of mid-range phones. It had it's multiple flaws, but it functioned pretty well for what it was, it just doesn't really hold up to today's standards. When i upgraded to an Optimus G (Sprint version) the change was so apparent, it made the Marquee look like a dinosaur.

The device isn't that bad, but I'll get into specifics below

Build quality
4.0
The chassis is mainly plastic, and pretty badly put together. The back gets very slippery and gross to hold.
Reception
6.0
I have Sprint, so reception will be bad regardless of device, but the Marquee wasn't terrible. Picked up signals decently well
Call quality
4.0
In my experience, the speaker was pretty "meh" on quality, and the mic on my end was always really bad to other people.
Internet
3.0
It wouldn't matter how good your internet connection was, the phone was just really slow. It also had this weird thing that locked the screen below 30FPS, so it looked slow no matter what
Multimedia
1.0
processor is so weak, just texting or web browsing lagged this phone so hard
Camera
6.0
This camera is actually the stronger points of an overall weak phone. It doesn't take the sharpest photos, but the back camera picks up a nice amount of light, and took more stable and less blurry pics than my Optimus G could
UI speed
1.0
being locked at something below 30FPS makes everything incredibly, mind-numbingly SLOW
Everyday usage
5.0
has decent features that myself and many others will enjoy, but the speed is where I take points off
Text input
2.0
The processor can't handle fast inputs, so you better text slow or lag the phone. It once crashed on me because I'm a two handed typer on phones, and it was too fast to handle. Seriosuly
Display
5.0
For some reason it was slippery, and my hands are always kept very clean. No other phone I have tried has this issue, and I don't ever use screen protectors so that's not the issue
Battery
1.0
Overheated after 8-9 months and killed the phone entirely. I believe the worked at Sprint said that when they opened up the back to see if any parts were usable, there were signs of melting in the phone. Pretty pathetic

Half the apps freeze the phone. Freezes 2-4 times a day. Usually runs very hot even when idle. Still runs gingerbread. It can still do the basic function of the phone just fine. The phone has a small display. Only a 3g phone.

Build quality
8.0
i have dropped it several times and doesn't break or crack. also has no scratches.
Reception
8.0
for the most part it is good with calling
Call quality
7.0
sometimes had to hear others and the hardly hear me.
Internet
10.0
i have no problems
Multimedia
7.0
can't handle big movies. the audio is great.
Camera
6.0
at night and when close up it can't focus. zooming too far makes the picture pixly.
UI speed
4.0
it takes some time to open apps. uses most of the ram.
Everyday usage
7.0
it performs the basic function just fine.
Text input
9.0
it has swype.
Display
7.0
not hd. close to the edge doesn't work as well.
Battery
4.0
the battery life is terrible and when i need to do something it drains the battery a lot.

It's a good phone but, Not really that impressive.

I like it. Don't get me wrong it's a good phone. I just wasn't all that impressed. I felt it was mediocre at best. It's got a few odd bugs like going nuts when plugged into a regular non-usb charger. It practically goes nuts by opening applications you didn't pick and if you try texting, It'll pick letters you weren't even close to. That's kind of odd to me. It's also kind of flimsy. It feels very cheap and fragile. I know that is what they were going for but Sprints version was a better quality. I guess we got the cheaper lower quality battery cover. Shame. Also the battery wasn't really as good as they'd praised it to be. I find my Triumph to have better battery stats TBH. Also like another person said, If you are writing letters too fast the keyboard lags and disappears. I'm glad I use Swype, Regular typing won't work on this keyboard very well.

Overall it's okay but it might be one of the few phones I part with.

I came from Virgin Mobile using the Motorola Triumph and I thought this was going to be an upgrade, but come to find out my Triumph handles 2 and 3D graphics better and all the benchmarks for the LG Marquee was a lot lower...but the Camera and 720p is better and the call quality and speaker phone is really nice. Love the NOVA display, but the phone sucks the battery life.

I mainly love 3 things about the phone! 1) Great looking phone. 2) I also love the NOVA display, brightest display on the market. 3) I love the size of it, it's not too big, light, and fits well in your pocket. There are also some weaknesses that it has, but I'm pretty sure my phone is defective because it got decent reviews with the areas that I'm having issues.

The battery dies quick , but i must say it's very light . The phone sometimes freeze up when using the keyboard :( it also over heats when using the phone and having it on the charger at the same time . I turn my phone off so it can charge a little quicker but i will be sure to take my charger with me everywhere if i plan to stay out long . The camera is GREAT ! Holds up too 4000 pics . very cute and stylish , Internet is a lil bit slow but it better than my other phone . you can also hear everything on the phone including the speaker . If your current phone is bad i suggest you get this phone.