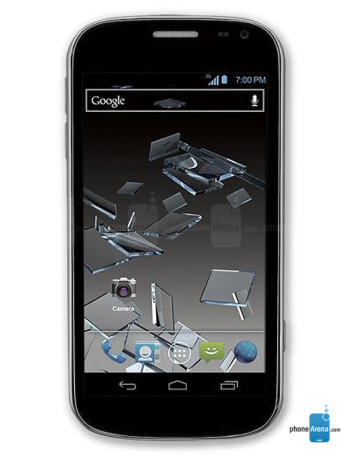 This phone, when I had it atleast, was pretty good. Nothing amazing, but for its price and availability, this phone wasn't half bad to carry out the everyday tasks I did on this phone. Its a good phone to use when you arent doing anything too extreme, like playing some advanced graphics game.

This device does not have the performance of some of his specificacions say, i like his aparience, but the software of this device its very disappointment, very amount of lags and the phone has to be restarted and finally his battery life is not the best

Build quality
9.0
in this its a very good device cause is a beautiful phone, very confortable and has such a good defense like gorilla glass and other stuff
Reception
7.0
Call quality
6.0
is over the overall when you are speaking its a good thing, very good hearing not interruptions or other things, but, when you are dialing some lags appears and the 80% of the time when you hit call you have to wait a lot to the screen responds
Internet
7.0
not bat, but not good enough for an 1.5Gb device...lasts more than espected
Multimedia
9.0
very good on this thing!, some of few things i love from this device...but still not at the top.
Camera
9.0
very good, but honestly, doesn't look like an 12.6MpX camera, is a good quality, but i waited for more. Front camera...Mehh
UI speed
4.0
this is the worst part of my device!!!...they say is an 1.5GB CPU and an 1GB RAM but is not work like this!!!...sometimes i get pissed of this!!
Everyday usage
7.0
Text input
6.0
some lags texting
Display
6.0
good quality in normal places, but in sunlight is dificult to text and check things
Battery
5.0
the battery is weak, doesn't last more than 7 or 8 hours

5 out of 7 people found this review helpful.

There are only several phones that rival this one.

This phone is just down right awesome. 12.6 MPixels... and it is good quality. The new Nokia with 41 MPs probably has it beat, but it was just released almost a year later. The photo quality beats mosts cameras. Also, while it lacks an HDMI port in order to hook up to a TV... it comes with software that allows any TV that is hooked up to the Internet, and also is part of a WiFi network, to allow the phone to share pics, video, and songs, to the TV via WiFi. What other phone does that?

Honestly, 10-11 months after buying this phone, I've yet to come across another phone that I wish I had instead of this one. (With, maybe, the exception of the new Nokia 41 MP deal... but that is also a Windows phone, nothing wrong with that except the lack of free apps.)

This is definitely the best phone available that has received basically zero press. No clue as of why, but this phone is cheaper and beats most "top-end" phones that are being released almost a year later.

Build quality
10.0
Reception
10.0
Call quality
10.0
Internet
8.0
Sprint's lack of full 4G coverage, due to LightSquared screwing them over, is my only real issue with this phone. Granted, Sprint's 3G is pretty fast, and this phone is incredibly fast via WiFi.
Multimedia
9.0
Only because of Sprint's lack of 4G coverage... granted, it is quickly being remedied.
Camera
10.0
UI speed
10.0
Everyday usage
10.0
Text input
10.0
It comes with Swype... need I say more?
Display
10.0
Battery
10.0
It lasts longer than most of the reviews have to say. Especially if you know what you are doing and don't leave WiFi or 3G/4G, turned on, when you aren't using it.

what else u need ZTE Flash never then before 12.6MP camera it rocks awesome!Im gonna own it!.A sleek design, seriously smart features, and (drum roll) a 12.6MP pro-grade camera for SLR-quality photos. Finally, a smartphone that doubles as a professional camera. Take photos in low light, adjust exposure on screen, even take pictures while simultaneously shooting video. And it’s all backed by the reliable Sprint 4G LTE network!

1 out of 7 people found this review helpful.

"Awesome. Cant keep it out of my hands. They thought of everything with this phone.It has some really advanced features I already had some pretty high expectations on this device SCREEN :Thanks to Gorilla glass..TOUCH:
The touch was buttery smooth u will enjoy it!! All the qualities of the phone is amazing and I have got all the requirement of the phone. The phone is sleek and that's why I feel like keeping always in my hand and show off.
"

2 out of 7 people found this review helpful.

Camera Quality is too good and the design of phone is sleek and thin. I have this phone from more than 6 months and it has not given me any problem. It is worth purchasing this phone for any amount. Superb quality phone with all the features.

1 out of 5 people found this review helpful.

Another beauty from Sprint!

Awesome screen - all the greatness of OLED (perfect blacks, high contrast, looks good in direct sunlight) without the ugliness.The Android OS, v4.0.4 (Ice Cream Sandwich) which is the latest Android version in the market.The screen is nice,fast, to be honest. When on Wifi, it can load most websites just on seconds Everything pretty much flies on this phone.
Looks like it will fare similarly to the LG Nitro HD.Great 4.5 inch HD screen, great camera, similar designs,similar looking Android skins and pretty good battery life
Wi-Fi is great, I can easily assess Wi-Fi if I need to.

5 out of 11 people found this review helpful.