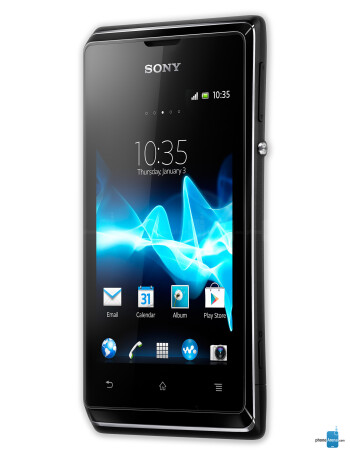 At least it is cheap

It is cheap, but it definetly isn't worth it, even though it is €80, it is slow, it has a very low amount of memory, I have used it for almost 2 years, and I have performed 3 factory resets, it is a horrible phone, please don't buy it.

This is a very cheap phone
The front cámara is the worst that there is on the market...

Will not recomended this phone sony experia e3 to no body.

Sony experia e3 really bad cheap phone
And for 100 € you really expect to get something better then this cheap phone.

I've got this phone and it drives me up the wall, so slow can have about 3 apps because the memory is so poor and you can't move apps onto SD Cards unless you root the device. Some might say its good value for money as its cheap but the only reason I have this phone is because its on a contract with my PS4 and I have many times considered just buying another phone and putting my sim in there before I smash the phone to pieces because of the slow speed.

Build quality
7.0
Feels nice to hold!
Reception
5.0
Had to send phone off as reception cut out all the time but now its better!
Call quality
5.0
After a while being on the phone it goes all quiet and you have to ring back!
Internet
4.0
Works ok but phone in general is very slow, so if I open chrome to search something I could probably find it quicker in a libary
Multimedia
6.0
Has the Xperia Sony apps which are good but cant have full experience as phone is so slow!
Camera
3.0
Photos come out ok but the camera is not very good!
UI speed
1.0
As slow as you can get!
Everyday usage
1.0
You could be sending a message and someone calls you the phones ringing but you can't answer as its so slow to respond.
Text input
1.0
You type in advance because the phone is so slow and half the time it doesn't come out with what you want it to although it does have the option to use swipe!
Display
4.0
Display is mediocre.
Battery
2.0
Better than my iPhone 3GS I had.

THE Budget Smartphone to have

I bought is handset as a second phone. It came unlocked so it was ideal to take abroad and put in a local Sim card. Certainly saves me worrying about losing my Xperia M which would cost more than twice the E to replace.

This is a good basic smartphone and I would recommend it to anyone as their first touchscreen handset. It's just the right size to hold comfortably, not too heavy and yet not so light it feels cheap. It feels better to hold than any iPhone. The battery life is amazing, even with regular use I've only been charging it every 8 days or so. I don't use the many apps you find on smartphones these days and I don't use the internet if I can help it. Most of the factory installed apps were disabled or uninstalled immediately when I got it out of the box, all I left was the sat nav app for use in emergencies but I've not had to call on it yet.

I've only used this phone as a phone (ie; calls, texts, picture messages) but it works flawlessly. It does what I ask of it and has plenty in reserve.

Very satisfactory phone for its cost.

The Xperia E phone is one the best option for people who do not want to spend too much money on a smartphone, but still want to have one of their own. With a 1Ghz snapdragon processor, the overall performance of this phone is very pleasant, keep reading for more specific information.

Build quality
6.0
Although its design is visually pleasant, the materials used to build this cell phone are somewhat fragile, but still, it's ok given the price.
Reception
6.0
The phone's reception is very good for calls and text messages. It has a decent reception range for wifi networks too, but if the cellphone is on suspension mode (screen turned off) you may not get all of your apps notifications.
Call quality
10.0
With the Xperia E you won't have troubles during your calls. Both speaker and microphone work just fine.
Internet
8.0
With the appropriate wifi conexion or data plan, you can surf on the internet and download media at a very fast speed.
Multimedia
7.0
Album and Movies functions on the Xperia phones are very organized and easy to understand, 100% ok with them. Can't say the same of the walkman app which lacks of a friendly search method and a decent equalizer.
Camera
5.0
The worst function on the Xperia E is definitely its camera. With a poor (for this days) resolution of 3,2 mpx and without an incorpored flash, you probably won't get the job done when it comes to capture your memories or views on photography. It's also too basic, lacks of functions such as focus selection and there are some white balances choices missing.
UI speed
8.0
For a single core based phone and 1ghz of processor speed, this handset is truly fast if you give it a normal use (web browsing, calls, chatting). If you install too many apps and run them simultaneously, the phone will not respond as fast as you'd like. Also, it support semi-heavy games.
Everyday usage
10.0
Nothing to complain in this aspect. The utility apps of Sony are very friendly and does not have major problems.
Text input
9.0
The screen keyboard of this phone can bear fast texting and comes with a swift-like option that works surprisingly well. It is a QWERTY virtual keyboard that also gives you appropriate suggestions based on the input language you choose.
Display
7.0
Not the best resolution nor the worst either. Although it doesn't have a light sensor to automatically adjust the brightness of the screen, you can use an stock-widget called "back light" which changes drastically the screen brightness and makes it visible even on sunny days.
Battery
10.0
Take it from a guy who uses this phone to chat 1/4 of the day and spends other 1/4 playing heavy games: the battery of this phone (maybe not only this phone but all of Sony's) is one of the best!

17 out of 17 people found this review helpful.