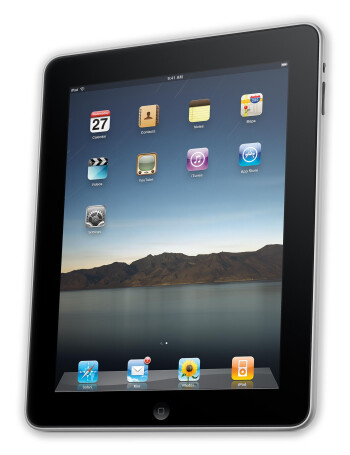 I have absolutely enjoyed this since the first day I got it I like the nicely sized, netbook like screen and how thin it is. I would have liked to see a camera on it, but only the front because how weird would it be holding up a big item just to take a picture?

More indestructible than other apple products

I've had a few apple products, and have broke every single one but this one. I have dropped it many times and it only has a few dents in the back. You can't update the iOS from the actual device so I have the original one it came with, which crashes a lot now. Thinking about selling it.

I got my iPad 16GB Wi-Fi Only for Christmas 2010 and love it!!!!!! The Wi-Fi is fast, and I love the iPad-specific apps!!!!!! The speakers sound awesome, and the iPad is thin and easy to grip. It is cool-looking and has a larger screen so it is easy to type on. I love my iPad, and would recommend it to anyone looking for a great tablet!!!!!!

2 out of 4 people found this review helpful.

I love my iPad

I purchased my iPad in Sept and have mostly positive things to say. I hate how heavy it is and it would be nice to have a camera but those aren't deal-breakers. Built well and has great potential with iTunes. There are some awesome apps when its jail broken!! Speakers could be a little louder also.

I went to the apple store hoping to get an all-in-one device which could let me play games, watch HD videos and urf the web sort of things. I forked up my 700 something dollars, and eagerly went home to rip open the packaging and mess around with the iPad.
For the first week of ownership, I thought Multi-tasking would come with iOS 4. Nope, my iPod Touch had multi-tasking, but my Tablet PC didn't have it.
Gaming is exactly the same as the iPod Touch, with the HD editions of games really being rip offs. Web browsing is exactly the same as the iPod Touch. In fact, everyhting is. Its so large, it's hard to use and carry. Like a giant brick, but flattened.
Bottom Line:
Go buy the iPod Touch 4th Generation which has cameras and multitasking and retina display. All games for the iPod are HD now, well close to it. AND its cheaper too.

The good: In an act of aggressive tech convergence, Apple has consolidated your Netbook, e-reader, gaming device, photo frame, and iPod into an elegant, affordable supergadget. Features such as Bluetooth, 802.11n Wi-Fi, movie rentals, 10 hours of battery life, optional 3G wireless, and the most-celebrated App Store on the planet have us pretty worked up.
The bad: The iPad's large size is as much a hindrance as it is an advantage. As a jack-of-all-trades and a master of few, the iPad can't entirely mimic many of the specialized products it seeks to replace. The iPad's limited multitasking capabilities and lack of integrated video camera, Flash support, and HD video output already have us pining for next year's model.
The bottom line: The Apple iPad is the first affordable tablet computer worth owning, but it won't (yet) replace your laptop.

4 out of 10 people found this review helpful.

I HATE the fact that I $750 for an object that will be obsolete by Q1 next year but I absolutely love my iPad. The few things I don't like are being addressed in the iOS update. Things that can't be addressed by the update is the weight and the lack of good accessories for it.

Astropad converts your iPad into a drawing tablet for Mac and PC
The unfortunate decline of Android tablets
Forstall: Apple iPhone owes its life to a Microsoft employee that Steve Jobs hated
Did you know: the first Apple iPad launched on this very day five years ago
PhoneArena Awards 2014: Best product designs
Gazelle paying as much as $355 for a used Apple iPad Air prior to tomorrow's Apple event
Judge Koh rules that Apple cannot force Samsung to reimburse it $16 million for legal fees
Allergy to the Apple iPad could leave you with a rash