Both the iPhone 5 and the Xperia Z1 feature spectacular cameras, but the more advanced tech of the so-called G Lens shooter utilized by Sony's product does have the upper hand overall. For example, the 20.7 MP sensor of the Z1 has wide aperture of f/2.0, compared to the iPhone 5's 8 MP camera with aperture of f/2.4. Both feature backside illuminated sensors, but the one of the Z1 has a bigger size of 1 / 2.3”, which allows the pixels of the 20.7 MP camera to have a decent size, despite their great number. The iPhone 5's sensor size, on the other hand, measures 1/3.2”, which means it is smaller in size. When it comes to cameras, you want your sensor to be as big as possible. Camera UI of the Sony Xperia Z1
In terms of features, the iPhone 5 is bare-bones as always, as it only features a few settings to let you enable the HDR shooting mode, display a grid and change the LED flash mode. Meanwhile, on the Xperia Z1, you get a lot more control over the camera thanks to the Manual mode, which lets you tweak a host of different settings. In addition, there are some fun camera modes such as Social Live, which enables you to broadcast live video directly to your Facebook feed. Camera UI of the Apple iPhone 5
The Xperia Z1's G Lens camera takes amazing pictures when it comes to details. With its respectable 20.7 megapixels, there's noticeably more data in the Z1's pictures if you zoom in and start observing the fine details. If you're mostly looking at pictures in a web-friendly size – for example in Facebook, there won't be such a noticeable difference in this regard, but anyway, the fact is that the Z1 can take larger images.

Even though the pictures from the iPhone 5 look very pleasing, it's obvious that Apple's handset tends to boost the contrast and color saturation a bit in order to produce those fancy results. On the other hand, the color reproduction in the Z1's photographs is more natural and true-to-life, which is what we prefer seeing. It's worth noting, however, that the Z1 doesn't always get the exposure right, resulting in some overexposed areas at times. This problem isn't observed with the iPhone 5.

For some reason, indoor images taken with the iPhone 5 are much brighter compared to those of the Xperia Z1, and surprisingly, this hasn't caused a bigger amount of noise. Actually, indoor images from both phones feature an equal amount of noise. At this point, we'd obviously prefer the iPhone 5 when it comes to indoor pictures, because of their superior brightness and vividness. 1080p video recording is pretty good with both phones, though not ground-breaking. Details are way above average with both, probably with a slight advantage for the iPhone 5. Colors are once again a bit more vivid with Apple's handset, but not to the point where they'd appear unnatural. 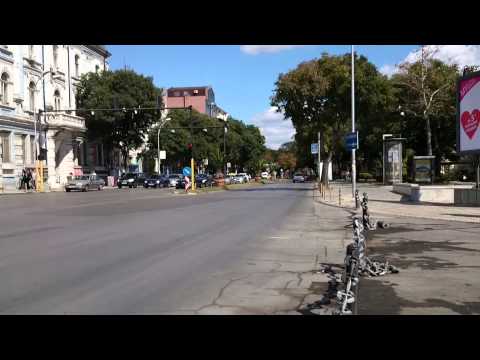 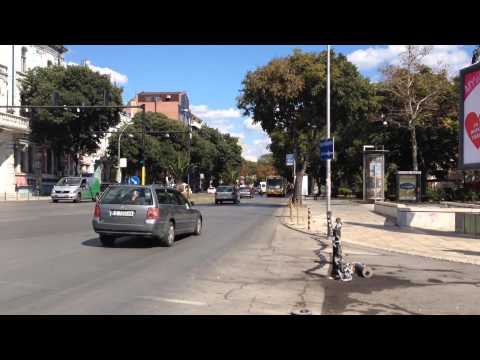 While the iPhone 5 sports a brilliant 4” display with a 16:9 aspect ratio that's ideal for video playback, the Xperia Z1 offers a more suitable screen for the purpose. Thanks to its massive size of 5 inches, watching video and enjoying various other types of multimedia, including games, will be a lot more comfortable and fun on the Xperia Z1.

The Z1 comes with Sony's favorite music player – the Walkman. It looks modern and functional, and allows you to quickly find additional data such as lyrics and artist information on the internet. Of course, it also features an equalizer and displays album art. The same thing goes for the iPod player on the iPhone 5. Once again, it works extremely quickly and treats us to a beautiful new design. In addition, it now sports iTunes Radio, which is a new streaming radio service similar to Pandora. Music player of the Apple iPhone 5
The MH750 headphones coming with the Xperia Z1 can output quite a decent sounding, but unfortunately, they aren't so comfortable to wear, at least when compared to the iPhone 5's EarPods. In order to get that full sound with base tones out of the MH750, you have to stick those very deep down your ears, while with the EarPods, they just attach comfortably to your ears and will still present you to an overall wonderful sound.

Although the loudspeaker of the Xperia Z1 isn't so weak, it's easily overpowered by that of the iPhone 5. In terms of quality, the iPhone 5's speaker is once again better – it retains a decent sounding even at high volume levels, whereas the sound produced by the Z1 isn't really impressive.