This is one wiiiide angle lens! And one sloooow and infuriatingly cumbersome camera app The main camera on the Xperia XZ features a custom-made Sony IMX300 sensor of 1/2.3" size, which is currently one of the largest sensor sizes we've seen on phones. On top of it is a Sony G lens with f/2.0 aperture and a 6-element construction. This more complicated construction with additional elements theoretically allows better image clarity across the whole image. Up front, the Xperia XZ is equipped with a 13-megapixel camera.

In terms of special sauce for the main camera, Sony brings in an additional laser AF that helps lock focus faster, and also a color sensor that helps the phone properly set the white balance of an image.

The Sony camera app is a worthy subject of a separate discussion, as it has so many peculiarities that it’s hard to sum them up in a few sentences. Unfortunately, most of them are not something that Sony should be proud about. First, speed: it’s slow in operation. We did a quick hands on test capturing pictures with most major phones from iPhones to Galaxies, LGs, and even the cheaper OnePlus, and it was shocking, but also revealing that the Sony was the only one to give us a loading circle practically every time you capture a picture with the Xperia XZ. The interface also feels clunky: a swipe switches you from photo to video mode, but that switch takes a long few seconds and the video mode for some reason does not allow you to shoot in 4K. Yet, the Xperia XZ does support 4K capture, but you need to scroll further up to camera apps, and only then select 4K video! These are all things that are far from intuitive. The camera UI of the Sony Xperia XZ
Then, there is the fact that the Xperia XZ has a 23-megapixel camera, but its default Superior Auto captures 8MP images. If you go into settings, you can actually choose between: 23MP (4:3), 20MP (16:9), 8MP (4:3) and 8MP (16:9). We compared images at the full resolution and the 8-megapixel once, and we like the latter better: they have slightly better dynamics and clarity, and we recommend shooting in 8MP resolution.

There’s also a manual mode that allows you to tweak shutter speed, exposure, white balance, and manually focus. It also comes with a bunch of ‘scenes’: soft skin, soft snap, anti-motion blur, landscape, backlight correction HDR, night portrait, night scene, hand-held twilight, high sensitivity, gourmet, pet, beach, snow, party, sports, document and fireworks. Yup, 17 different modes! Is your head spinning already? Ours is too! It’s hard to imagine many people apart from die-hard enthusiasts reading through that whole list, and it’s even harder to see who would use them. Even if you wanted to use them, though, there is absolutely no explanation to what they do: what does the ‘Pet’ mode do, for example, and how is it different from ‘Gourmet’? It’s good to have options, but it also helps to know what those options actually do. Here’s the trick, though, the phone automatically selects the right mode of these 17 when you shoot in Superior Auto, so why even bother with manual? And here’s the kicker: despite all those tons of options, there is actually no easy way to enable and disable something as common as HDR! To do this, you have to open a menu, switch on a toggle, close the menu, and only then shoot in HDR. So in conclusion: yes, the Xperia XZ is a feature-packed camera, but rather than that being a plus, it ends up making it overcomplicated and far from intuitive.

Decent, but not quite great: colors in images pop, but the pictures are oversharpened and contrast gets a strong boost

Image quality on the Xperia XZ is fine, but by no means extraordinary or even on par with devices like the Apple iPhone 7 series, Samsung’s Galaxy S7 family, LG’s G5, or the HTC 10. While earlier Sony phones tended to capture very natural looking colors, Sony seems to have changed that quite a bit with the XZ, which takes pictures that have a very noticeable contrast, saturation and sharpening boost. Despite this quite obvious oversharpening, in areas of uniform color, details appear smudged out and not all that clear. Some artifacts like color fringing are also particularly easy to notice.

Focusing is, on the other hand, fast and accurate. Sony is also proud of its tracking auto-focus feature and here is how it works: tap on a moving object on your screen and the phone will automatically lock the focus on it and track it as it moves. It might work in the lab and in some carefully orchestrated conditions, but in real life it is hit or miss. It won’t track small objects, for instance, and with Sony’s super wide-angle camera, most objects appear small unless you zoom in. We also didn't have much luck with faster moving objects.

The built-in single LED flash is strong, but introduces a cold, green-ish cast to images that ruins the colors and we’d rather not use it at all.

When it comes to the front camera, we’re content with it, but again, we don’t find it to be extraordinary. In good light, it captures fairly sharp selfies that, with outstanding detail and sharpness, really a class above even when compared with the selfie cameras on the Galaxy S7 and iPhone 6s Plus. Indoors and in dim light, though, images do often turn slightly blurry and don’t look nearly as impressive. Shaky and cropped 4K video makes us prefer 1080p, despite its lower detail

Why is this important? 4K video happens to look much sharper and better than 1080p, even when you look at it on YouTube on a regular 1080p monitor. It’s a noticeable difference. Yet, if you want to record something quickly, like that time that cat did something funny for a moment, you are more likely to miss it with such clunky controls.

4K video on the Sony Xperia XZ is recorded at 30fps and comes with stabilization turned off by default, which results in very shaky and unpleasant-looking videos. We recommend you go into settings in the 4K mode and enable the Steady Shot option. It’s worth noting that the view you get is also a significantly cropped view of what you get in 1080p. Another interesting thing is that the Xperia XZ is one of the first phones that we see that supports the H.265 encoding standard for video. The default one is the H.264 encoding that has been used on phones since forever, but you can switch to the H.265 and the result is much smaller files. For instance, 1 minute of 4K video recorded using the tradition H.264 encoding resulted in a 397MB file, while shooting the absolutely same scene for 1 minute in H.265 resulted in a file that is just 254MB, nearly 36% smaller.

So everyone should just switch to H.265, right? Not really: unfortunately, the new H.265 is still not widely supported and YouTube in particular fails to recognize H.265 videos. Until major services like YouTube don’t add support for this new codec, we don’t recommend using it.

There is another peculiarity about the Xperia XZ: while on all phones that we’ve ever tested, you can record a 4K video even without unlocking the phone, on the Xperia XZ you can only record 1080p video with an unlocked phone, but if you try to switch to 4K the phone - contrary to any and all logic - asks you to unlock the phone. 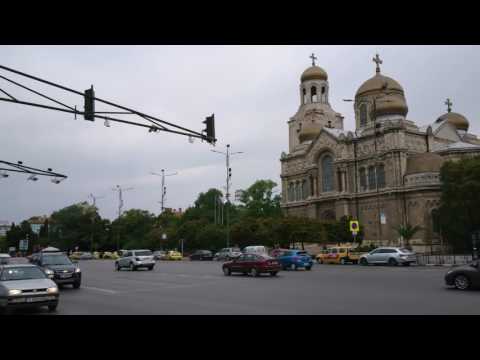 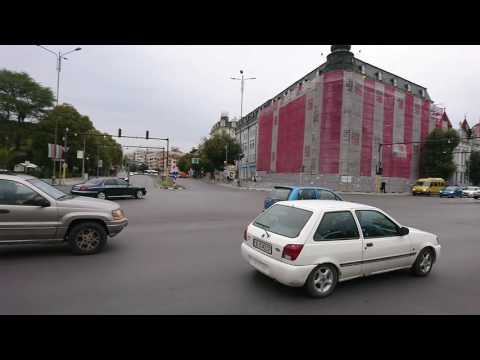 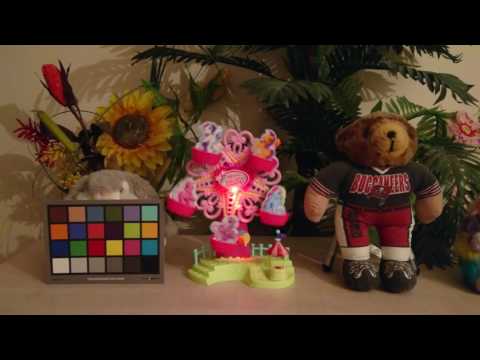 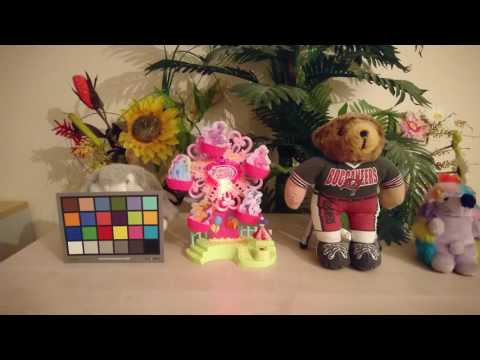 In a time of YouTube and Facebook for videos, as well as Spotify and Apple Music for our music needs, the default music and video players on our phones are getting less and less use. Still, those with sentiment for offline music would still use the built-in apps. There are two music apps on the Xperia XZ, the Google Play one, and a custom-made application that has a clean, straight-forward interface with nice visuals.

We’re happy that Sony has built two front-facing speakers in the XZ: that’s the right direction for audio that you listen to. They are not mind-blowing in quality, but get sufficiently loud and while lacking in depth, provide fairly clean audio.

The photo gallery on the XZ allows you to pinch to zoom in and out easily in images, and can also show you pictures by the place they’re taken in, plus, it can also sort your favorite image files or help you view only videos, for instance. We still recommend the much richer, cloud-based Google Photos that also comes pre-installed.