The 5-megapixel main camera captures mostly above average images with pleasing colors, but it’s on the slow side.

The Nokia XL comes with a 5-megapixel auto-focus main camera with a single LED flash, plus it also packs a basic front-facing shooter.

There is no shortcut to quickly start the camera - you have to unlock the phone and tap on the app icon to launch it. Once inside, you’re welcomed by a familiar interface that looks somewhat similar to Google’s own Camera app, with a large shutter key and a few settings. Unlike the Google app, though, here you have more manual settings and you can control even settings like ISO, white balance, and so on. Still, the interface is a bit confusing - try finding the button to switch to the front-facing camera (you have to first tap on what looks like the video recording button to see it)!

The actual quality of captured photographs is above average: good, but not spectacular. Images have nice and vivid colors in most conditions, and this makes them perfectly fit for social sharing. There are, however, two notable issues with this camera: first one is that it is very slow and thus not well-fit for impromptu shots, and the second one is the weird, unnatural oversharpening visible in almost all images. The sharpening effect is so aggressive that you can even see some white halo-like artifacts in images.

Indoors, images turn out okay: dynamics could have been a little bit better, but overall, you're getting a usable picture with fairly pleasing colors. Our studio shots, however,show that the handset sometimes has trouble with color in those lower-lit conditions - it swings towards green-ish colors that probably only Kermit would like. The LED flash is strong enough to light up scenes, but it is the colors again that seem like the big issue here.

Having a front cam in an affordable phone is still considered an advantage, and Nokia's front shooter captures decent photos in good light. The main camera is capable of recording up to 480p video at 30 frames per second that does not look good at all. Its biggest problem is the sore lack of detail, and the playful, loose auto-focus. Sound recording quality is also not something to brag about - it lacks clarity, picks up lots of side noise, and it’s hard to make out voices in recordings. 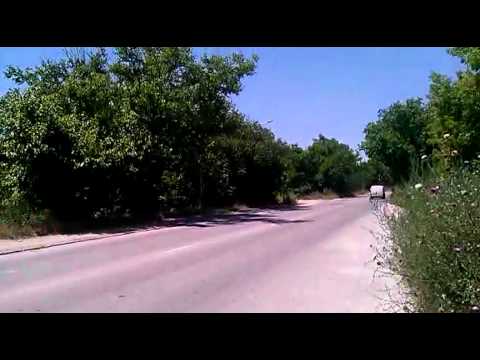 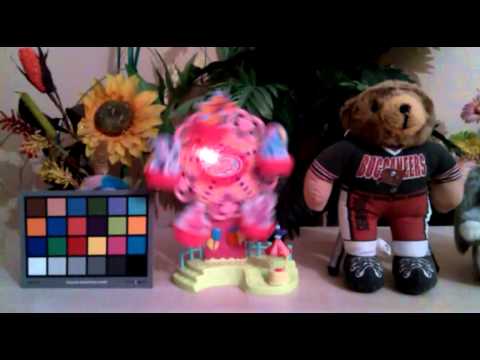 The vivid 5” display makes video watching a great experience, and with MixRadio on board you have music streaming covered.

The 5-inch display is large and vivid, which is a great asset for enjoying media. We managed to play up to 720p videos in most popular codecs.

For music, you have both Nokia’s MixRadio player and streamer on board, as well as the custom Nokia Music app (that has no streaming option, but adds settings like an equalizer), and both get the job done playing your tunes. MixRadio, on the other hand, is a great application with that allows you to stream songs for free (it’s got an ad-free premium version as well), but it’s not available in all markets. Speaking of music, we should once again mention the sore lack of many popular streaming services like Spotify and Pandora in the Nokia app catalog - you’d need to sideload those apps, if you’re using them.

Sound via the loudspeaker is very loud, and fairly clear, and while it cannot match the depth and clarity of top performers like say the HTC One (M8), it is still great.