By John V.
Camera and Multimedia

The abominal quality of the M9's night shots makes it a pretty easy target for the decked-out, optically stabilized camera of the G4, both in pictures and video footage.

The LG G4 comes with a 16 MP 1/2.6” camera sensor, and very wide, f/1.8 aperture lens, while HTC opted for a 20 MP 1/2.4” sensor with the more orthodox f/2.2 aperture lens. Don't let the simple resolution count fool, you, though – LG introduces a bunch of smartphone “first” in the G4 camera department, such as a tri-axis optical stabilization, and a color spectrum analyzer, adding to the laser autofocus technology that made a cameo in the G3 last year. Situated right below the single LED flash, the color spectrum sensor is there to measure the ambient light, determining the source – artificial or natural - then adjust the software accordingly.

LG’s camera app has acquired a bunch of new settings and features to expand its capabilities, including the ability to shoot in raw DNG format, and in manual mode. This move obviously targets enthusiast who want a higher degree of control – dishing up options to adjust white balance, focus, exposure compensation, ISO, and shutter speed. The latter option is an intriguing one, just because very few phones can offer long exposure times, which in this case is up to 30 seconds. Additionally, the phone can instantly run the camera app, focus, and take a snapshot in a few seconds by merely double pressing the volume down button. The interface on the One M9, on the other hand, has not changed much from the original M8, and that’s a good thing as you get very quick snapping, and access to some manual controls, in addition to the usual bells and whistles.

When it comes to image quality, the LG G4 surpasses the One M9 in color presentation, as HTC's phone often gets thrown off towards the colder side of the spectrum, while the G4 colors stay truer to the original. The wider aperture and the OIS tech that LG uses get a good run, as its shots are much better exposed when there is plenty of light around, not to mention indoors or night pics where the difference between the One M9 and the G4 becomes drastically in favor of the LG handset. The 20 MP camera captures good detail outdoors, but the pictures come out a tad soft, while the G4 manages to deliver sharper imagery.

The One M9 comes with a dual-tone LED flash, which appears to be stronger than the single LED on the G4, and lights things up evenly, while the G4 splashes it somewhere in the center, and tends to produce cold-colored, greenish scenes with the flash on. 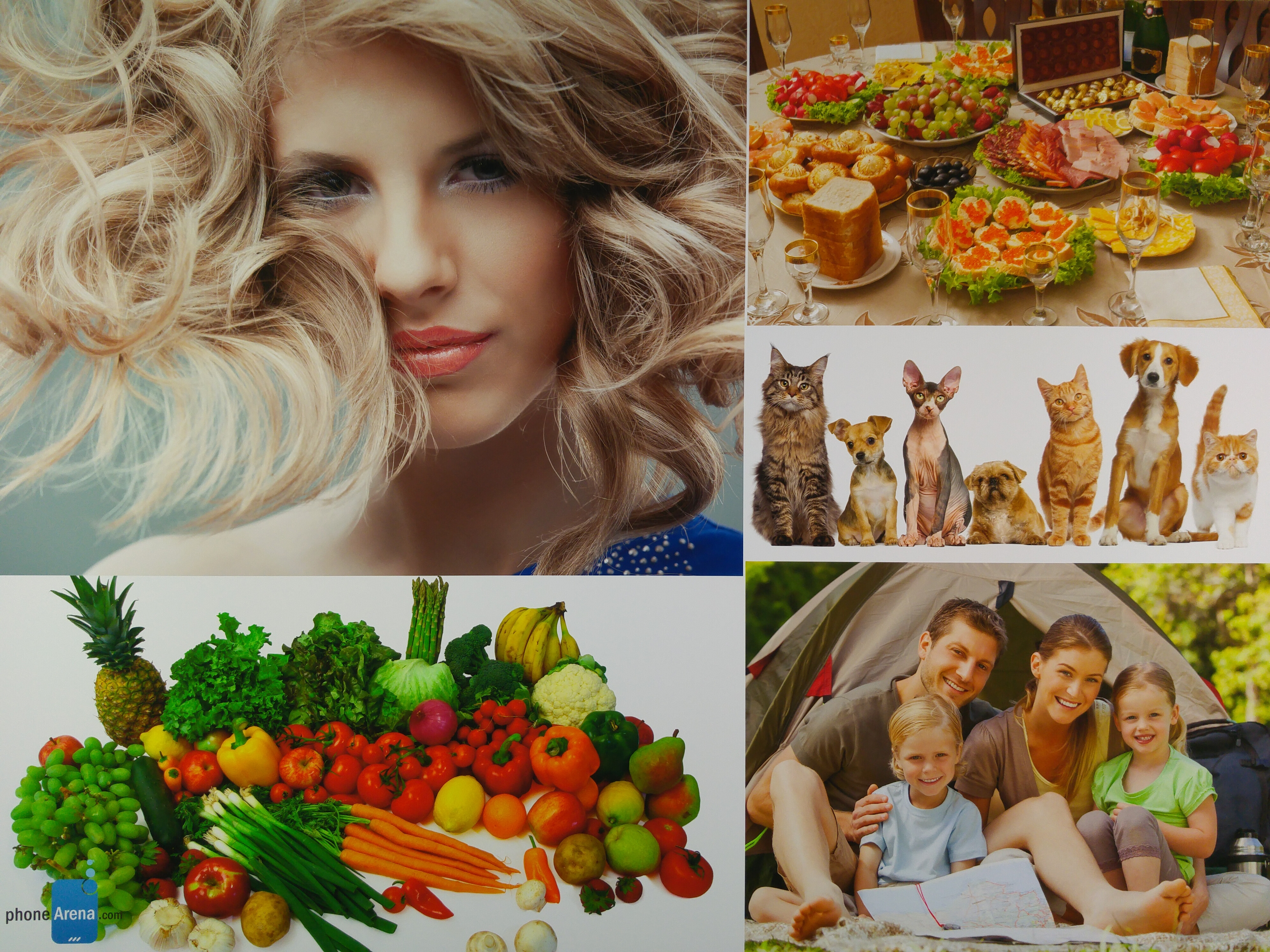 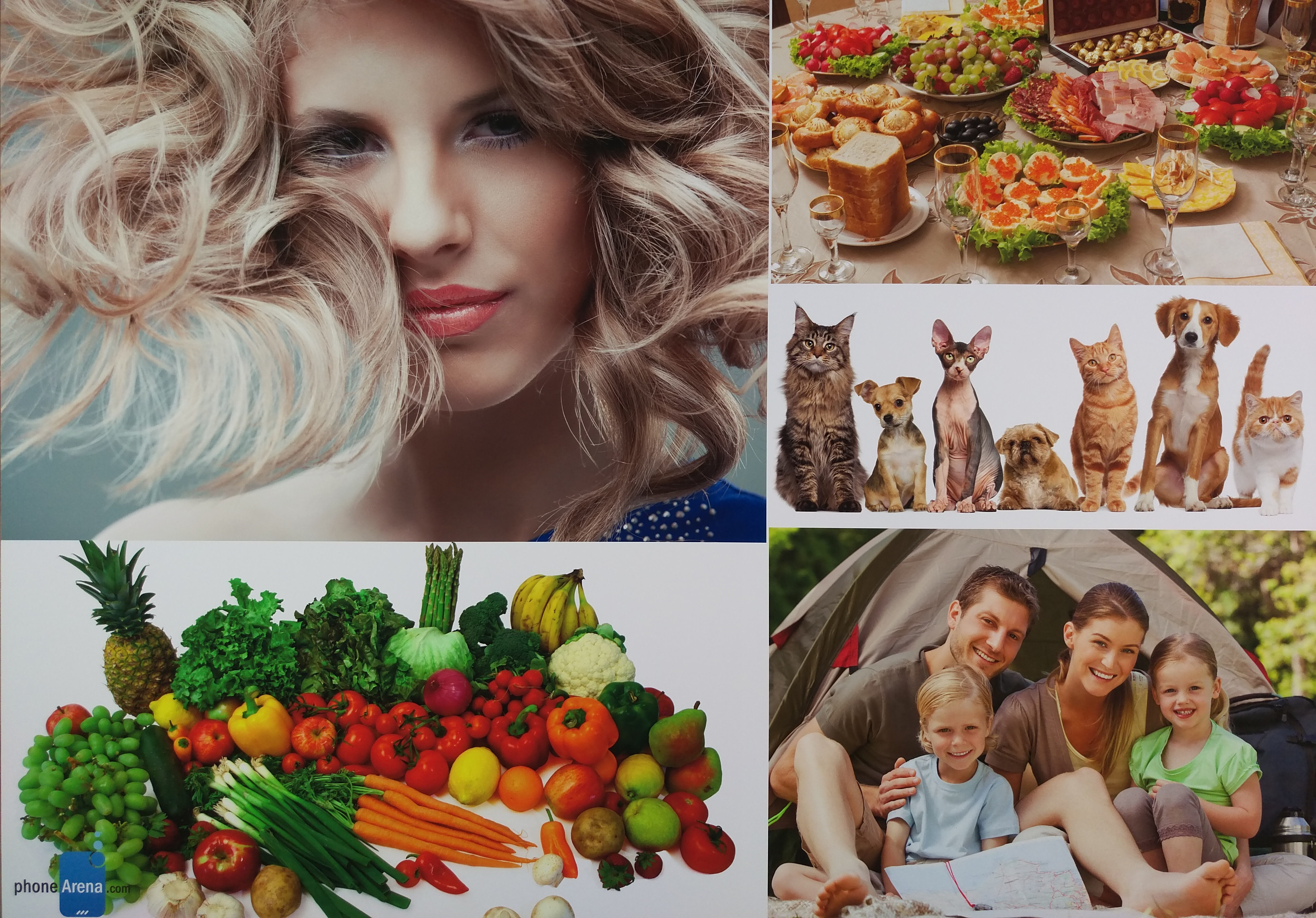 View all
In terms of video, both do 4K videos at 30 fps, as well as 1080p at 60 fps, but the One M9 video has slower auto-focusing with a weird, ‘jumpy’ effect, plus the lack of stabilization shows when you start panning around. The G4 exposes the footage better, with rapid adjustments when needed, good levels of detail, natural colors, and steadier capture. HTC, however, delivers better stereo audio recording, while the one from the G4 sounds a bit thin.

To each their strength - music fans will love the output from the M9, while media buffs are going to appreciate the large and vibrant G4 screen.

Throughout the new Gallery app of the G4, we’re able to fluidly scroll through our collection with little to zero evidence of delay. At the same time, it’s been rearranged to offer present content in an album, timeline, memories, favorites, and videos view, too. With the Memories feature, it uses the GPS location attached to each piece of content, and organizes them as a collection according to location – similar to the Zoe feature in the HTC One M9. HTC paid close attention to the gallery app on the M9 as well, and all its various image-editing option, allowing for neat effects like double exposure as well as other, manual adjustments to the exposure and colors of a picture.

The music player in LG UX 4.0 doesn’t see any notable changes, so, despite its rich functionality like equalizer presets and the like, it is much blander looking that the slick and polished music app in HTC Sense 7. Moreover, it terms of playback, it's the One M9 that truly shines with its BoomSound dual front-firing speakers. Technically, the amplified speakers are a bit quieter than the ones on the M8 (at 72.8dB on the M9), but you get the same rich sound with depth to the lower tones that is practically missing on the single speaker of the G4, which is, however, very strong at 79 dB. The Dolby Audio surround mode of the M9 adds more spatial volume to the sound, so watching YouTube videos on the phone, for example, is a rather pleasing experience. HTC is also including high-quality audio amps in the One M9, for the speakers and for the headphone output, contributing to a great sound, while both phones come with quality headphones out of the box.
LG G4
Sense music player on the One M9
Music players
The 5.5” Quad HD display is a visual feast to the eyes, but its true potency is experienced while watching videos on it. Obviously, the display comes to life thanks to the brilliant colors and smooth operation of the handset – something that’s accentuated with the addition of a multi-tasking element where a video can be layered on top of everything else in the interface. Both handsets play most major video formats that you load on them, and even 1080p resolutions are not an issue.
View all