Google Nexus 6 vs Apple iPhone 6 Plus

By John V.
52
Camera and Multimedia

On paper, the Nexus 6’s camera seems to have an advantage, but the results show that the iPhone 6 Plus is by far the stronger performer.

Running their respective camera apps, it’s notably evident that the two companies prefer a cleaner interface – one that’s light on shooting modes and manual controls. Quite simply, it all boils down to interfaces that focus on quickly snapping photos, without distractions. However, we will note that the Nexus 6 offers UHD 4K video recording – while the iPhone 6 Plus has a neat 240 FPS slow motion video capture feature.

Taking shots with the Nexus 6
The camera interface of the iPhone 6 Plus
Don’t be fooled by the iPhone 6 Plus’ 8-megapixel iSight camera, especially when it seems insignificant on paper to the Nexus 6’s 13-megapixel snapper, just because it’s far more versatile in capturing photos in their natural state. Sure, there’s a smidgen more detail with the Nexus 6’s camera, but the iPhone 6 Plus’ shots are sharper looking – with a more natural looking exposure. It’s especially noticeable with the sky in some of our shots, where clouds are indistinct looking due to the overexposure with the Nexus 6. At the same time, there’s more saturation in the colors of the Nexus 6 shots.
The biggest disparity is evident with their low lighting performances, as the iPhone 6 Plus blatantly shows us that it’s sporting the superior camera. Checking out the results, there’s just no hiding the fact that Apple’s product is far more capable under low light, seeing that its shots are brighter, crisper, and less noisy. 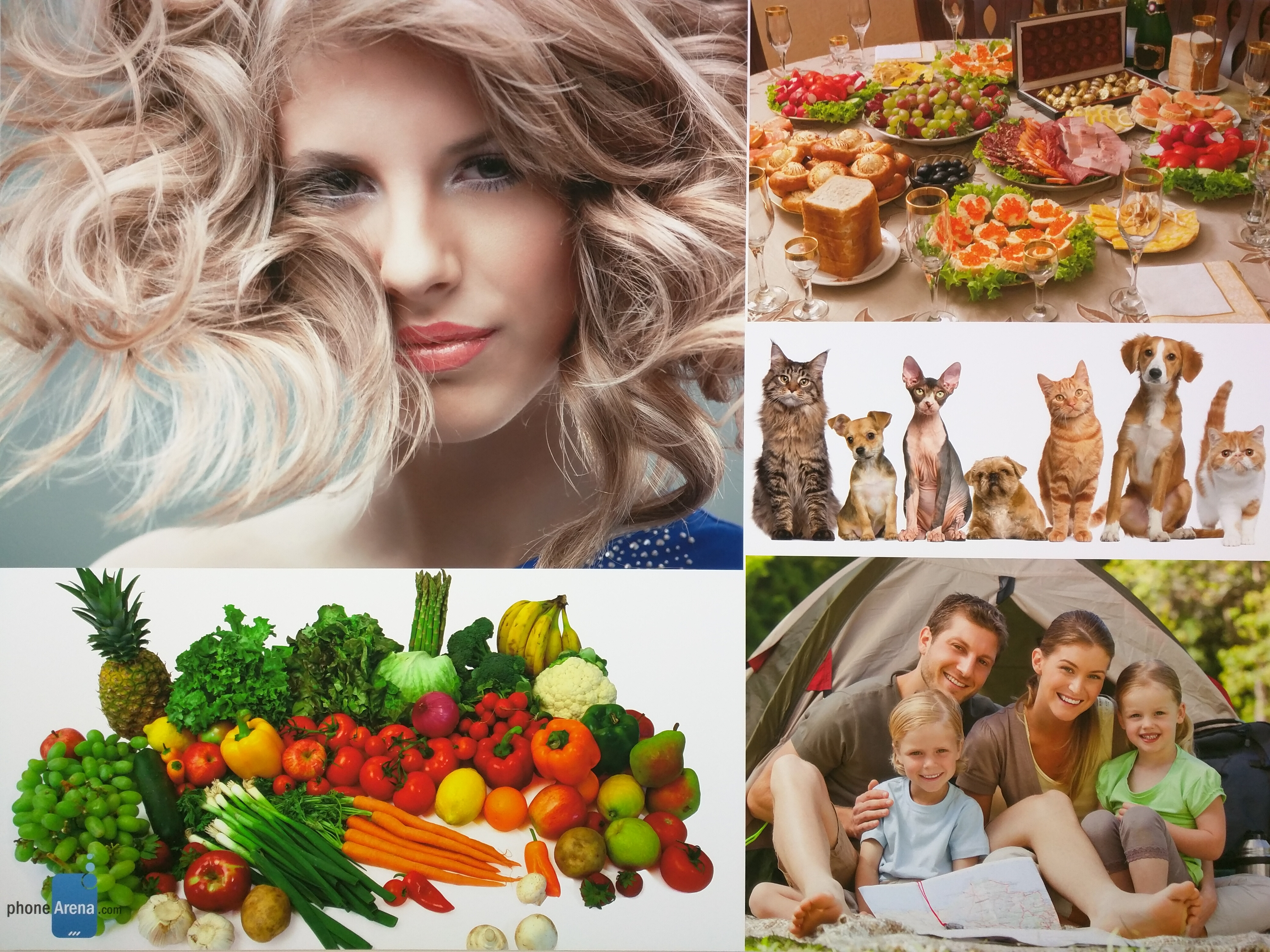 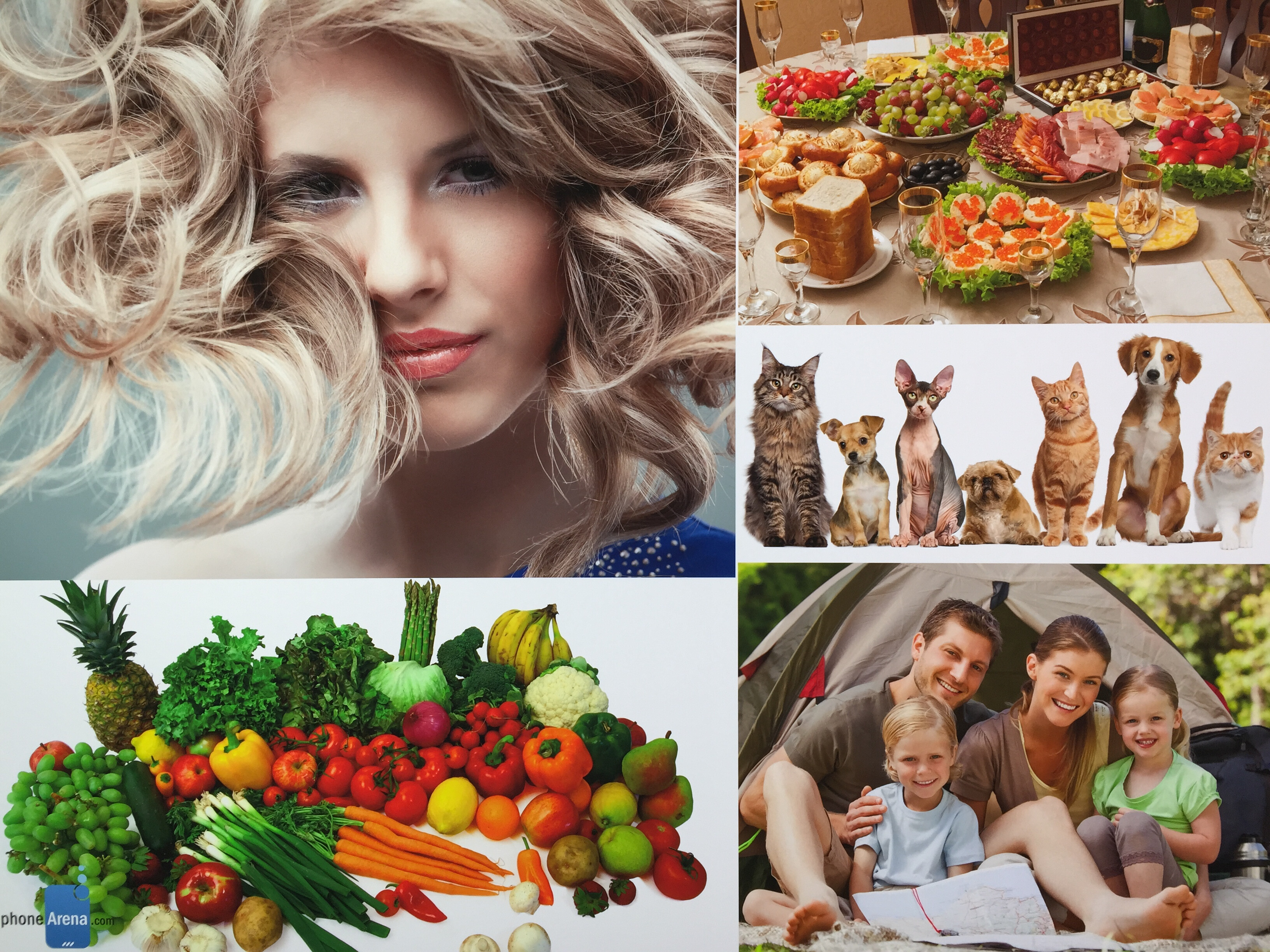 View all
No doubt, we appreciate that the Nexus 6 is accompanied with UHD 4K video recording, but when comparing apples to apples with their 1080p samples, we’re again attracted to the quality of the iPhone 6 Plus. Essentially, it’s sharper looking, offers better exposure adjustment, and its auto-focus is spot on. Yeah, the 4K video recording of the Nexus 6 captures far more detail, but its 1080p video sample is softer in tone – plus, it has a tougher time adjusting/maintaining its focus.

Videos have a slicker look on the Nexus 6’s quad-HD screen, so it’s the device we’d stick with for the occasion.

Visually, Google’s Material Design is in full showcase with the update to the Google Play Music app – one that sports a bolder looking interface. In comparison, Apple’s music player is still visually pleasing, but it doesn’t have the same meticulous attention. Nevertheless, the functions between the two players are pretty much identical.
Enjoying your media files on the Nexus 6
Playing music on the Apple iPhone 6 Plus
Apple iPhone 6 Plus video playback
Even though the Nexus 6’s dual front-firing speakers is able to muster up 75 dB of audio power, higher than the 71.6 dB output from the iPhone 6 Plus’ single speaker, its bass tones sound a bit reserved. Conversely, the quality from the iPhone 6 Plus speaker is crisper in tone.
The over-saturated color reproduction of the Nexus 6’s quad-HD AMOLED display lends its usefulness when it comes to watching high-def videos, seeing that it sprinkles that level of iridescence and glow that make videos come to life. Well, the video watching experience on the iPhone 6 Plus isn’t bad, but we like it more with the Nexus 6.
View all