All of today's contestants are capable of taking smooth 1080p video at 30 frames per second – just as you would expect from a high-end device. Yet one of them gets the job done noticeably better than the others.

Looking solely at image quality, the iPhone 5 gets the top spot with its incredibly well stabilized video that's full of details while exhibiting eye-pleasing colors. And that, mind you, is achieved without optical image stabilization – just using software. Surprisingly, the Samsung Galaxy S III also manages to provide us with detail-rich footage and deserves to be in second place. The Samsung Galaxy S4, Sony Xperia Z, and HTC One perform equally well – their footage looks good, but isn't anything mindblowing and appears to lack fine details. Although the One has optical image stabilization, it doesn't seem to be making much of a difference in this case. As for the Nokia Lumia 920, its OIS feature works flawlessly, but the overly enhanced shadows and the unnatural colors present in the video spoil everything. 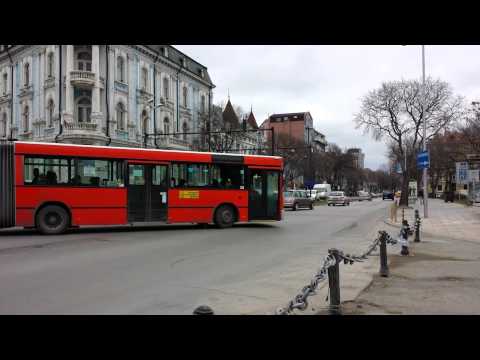 It didn't take us long to pick the Samsung Galaxy S4 as the best smartphone for capturing indoor video. It is smooth, detailed, and pretty much free of noise unless light is really scarce. Indoor videos taken with the Samsung Galaxy S III or the Nokia Lumia 920 look very nice as well, but are somewhat noisier and have a little less detail in them. As for the HTC One, Xperia Z, and the iPhone 5, their videos are usable, but with that much noise and digital artifacts present in the footage, we can't quite call them enjoyable to look at. Shooting video at night is another category where the Samsung Galaxy S4 excels at – its footage is rich in detail and delivers nice, accurate colors. Same can be said about the Sony Xperia Z, which also turned out to be a great shooter at night. We were a bit less impressed by the Nokia Lumia 920, and although it does an excellent job at stabilizing the frame, its videos are darker and have colors that are a bit off. The awkward color syndrome affects the HTC One as well, which also has troubles maintaining the focus at the right spot. The iPhone 5 would have been a decent performer if it wasn't for the excessive amount of motion blur. As for the Samsung Galaxy S III, its night video leaves something to be desired in terms of details. Soundwise, the iPhone 5 is actually among the worse performers, while the Nokia Lumia 920, HTC One, and Sony Xperia Z deliver stellar results – clear, distortion-free and detail-rich audio. The Galaxies are okay in that aspect, with loud, yet average sound quality.