Image: 1 of 5
When it comes to snapping photos with the 8 MP shooter, BlackBerry makes it easy to get access to the camera app. First, you can launch it from the lock screen by pressing and holding down your finger on the camera icon in the bottom right corner, which takes much longer than it should, though. Secondly, there’s another icon in the homescreen that’s also placed in the bottom right corner. And finally, you can simply launch it by clicking on the “camera” icon in the app panel.

Sporting a clean layout that’s predominately covered by the viewfinder, there are few icons or buttons littering its interface. Towards the right edge, there’s an icon in the upper right corner that enables us to switch between photos, videos, and its new Time Shift feature. Meanwhile, there’s another icon in the bottom right corner to get into some additional settings and shooting modes – such as burst and stabilization modes. It’s lacking some of the manual modes and comprehensive set of shooting options that other camera UIs offer, like Panorama, for instance.

Furthermore, there’s also some confusion at first when it comes to snapping photos. Since it lacks a physical or on-screen shutter key, you just need to tap anywhere in the viewfinder area to take a snap shot, which is instantaneous. However, there’s a small square box that acts as the UI’s exposure and focus level adjustment. Basically, you have to press and hold down on it to move the box around to a specific area – so yeah, the execution is a bit strange from what we’re typically exposed to. Finally, with the Time Shift feature, it buffers images prior you to snapping a shot, so that you can “travel back in time” to select the best faces from each individual in the shot – ultimately stitching together the perfect one.

Shots taken outdoors with plenty of lighting are decent enough to accept with their average details and subtle oversaturation, which sprinkles a bit of vibrancy to its shots. However, depending on where you position its focus box, images can appear over/under exposed, and there's quite a lot of noise even in sunny conditions. Under low lighting, though, it’s noticeably more speckled looking with its fine details – while an overall graininess is more prevalent throughout the shot. Luckily, its LED flash seems to be potent enough to light up the scenery up to 7 feet away, though, colors appear more washed out in tone. Likewise, we can say the same thing about its 1080p video recording quality – with nothing that really jumps at us. Needless to say, we like the average details it’s putting out, gradual exposure, and steady frame rate that it delivers. Despite those charming items, there are two specific distracting elements that pop up. First of all, artifacting elements appear and soften it details whenever the camera is transitioning from light to dark areas and vice versa. And secondly, the microphone doesn’t seem to handle the wind too well, as it picks up that and other noisy tones in the background. 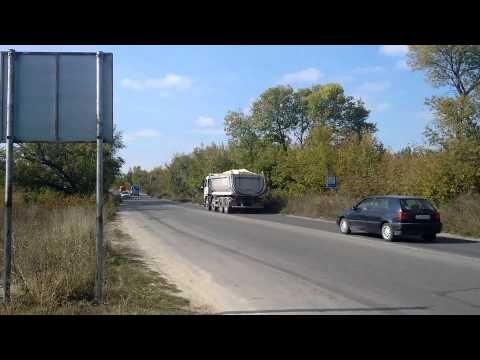 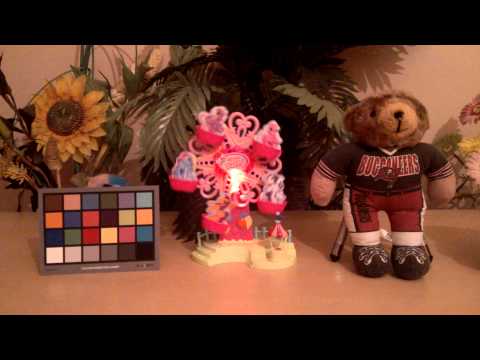 Image: 1 of 14
Taking a quick peek at the Picture gallery, we’re adept to notice the conventional layout it’s sporting, as images are presented in an all too predictable grid like view. Thankfully though, we’re given some expected functionality with it – such as being able to share them via BBM, email, text message, and even NFC. Moreover, we also appreciate the editing functions that are at our disposal. From cropping to selecting specific artistic filters, it seems considerably extensive than your ordinary picture editor.

Moving onward to the music player, we’re disappointed to see that its presentation doesn’t get the kind of love it needs to appear modern and spiffy looking. Instead, it’s boasting a boring looking style that doesn’t rival some of the cooler looking UIs seen with other Android smartphones – and even the iPhone’s cover flow mode. As usual, we’re presented with the album cover, track information, and on-screen playback controls. Even worse, when it’s minimized and placed in the Active Frames area, we’re not even given playback controls. For that, the mini player is only accessible in the lock screen after the volume buttons are pressed. Setting its volume to the loudest setting, its output is average at best – albeit, there’s a hint of strain coming out of it.

Hardly a shocker to us, the BlackBerry Z30 is equipped to play high definition videos with no problems. Aside from the swift and steady playback, it’s worth mentioning that it supports a wide array of video codecs out of the box – these include H.264, MPEG-4, DivX and Xvid. Sure, the sharp looking display aids the experience, but it doesn’t have the same wow factor as some other handsets. Also, it’s somewhat disappointing to know that there is no mini player feature that many other devices provide – like being able to play a video in the background while doing something else.