The iPhone 6s Plus has a more reliable and consistent automatic mode, but the LG G4 can soak in more light, color, and detail.

With the iPhone 6s Plus, Apple delivered a seemingly modest, but very welcome upgrade to a 12-megapixel rear camera (up from 8MP) with 1.22µ pixels, along with a generous increase to 5 megapixels on the front cam (from just 1.2MP). Accompanying the rear camera, we have a dual tone LED flash, a 5-element lens with an aperture of f/2.2, phase-detection autofocus, a hybrid IR filter, BSI, optical image stabilization, and a sapphire crystal lens cover. Camera specs aside, the most notable new addition seems to be 4K (3840 x 2160) video recording, which puts the iPhone's camcorder on par with high-end Android phones, such as the LG G4.

LG's hero phone goes for a more generous 16MP cam at the back, with optical image stabilization and wider, f/1.8 aperture at that, and an impressive 8MP front camera for high-quality selfies. The rear camera is kept company by a color spectrum sensor, a single LED flash, and a laser autofocus system. The color spectrum sensor is located right below the LED flash on the back of the phone. It's there to determine the source of light and adjust white balance accordingly.

Being the ambitious cameraphones they are, both the iPhone 6s Plus and LG G4 feature straightforward, yet elaborate camera apps that take very good photos in Automatic mode, which is what users typically opt for. An interesting new feature for the iPhone 6s Plus, one that the LG G4 happens to lack, is Live Photos, which turns photos into short video-like highlights that one can view right inside the gallery. Just hard-press on a particular picture, and the Live Photo will come to life, complete with sound. The LG G4, however, has a complete Manual mode with options to adjust white balance, focus, exposure compensation, ISO, and shutter speed. Camera interface of the Apple iPhone 6s Plus Camera UI of the LG G4

Outdoors in natural light, you may notice that the iPhone 6s Plus and the LG G4 expose the same scene differently. Unless you tap on a particular area of your image, the LG G4 would prioritize the center of the frame, which may lead to overexposure of areas that are already bright and near the corners. Look at camera samples number 3 and 4, where the effect is prominent. On the other hand, the iPhone 6 uses pattern metering, and as a result, images might appear darker in the center, but with highlights away from it exposed correctly. In any case, if you feel like your photo could use a bit more exposure, the iPhone allows you to tweak it easily.

We observed that the LG G4 does a remarkable job illuminating objects in the shadows, but gets a bit preoccupied with soaking in all the light available, thus burning the sky's natural blue hue and making colors look a tad too bright and overexcited. Look at camera samples 1 and 2 and notice how the LG G4 actually lets you peek inside the doorway of the white building to the right, while the iPhone 6s Plus pretty much renders the same spot black. The iPhone 6s Plus won't exhibit such behavior, but the contents in the center of the image are noticeably darker than the rest, while colors lean slightly towards the warm side. However, the amount of detail captured by both smartphones is excellent, but we must give additional credit to the LG G4 for letting in much less noise in the picture overall.

HDR shots are of similar quality between the two phablets. The effect itself is subtle on both, although a bit more pronounced with the LG G4. Fine details look sharp from both, but the LG G4 does capture a bit more from the good stuff.

Indoors, in bright light, the LG G4 does a better job with capturing fine detail. This is especially evident from the photo full of stacks of shoe boxes, where fine text on the labels is universally readable, unlike on the iPhone 6s Plus. In this same sample, the LG G4 produces a brighter-looking photo with better contrast. The iPhone 6s Plus darkens the highlights a bit, making colors appear a little dull. This is a general tendency for the iPhone 6s Plus, and, what can we say — in this case, we do like the livelier and more detailed photo from the LG G4 better.

Indoors, in low light, a quick inspection up-close reveals impressive detail coming in from the iPhone 6s Plus. The difference in quality is such as to make the LG G4's photos look downright soft and smeary. The color balance is warmer on the iPhone 6s Plus, while its leather-clad adversary adds a tiny hint of red. We definitely like Apple's handling of things better here.

Engaging the camera flash, we observe that the LG G4 exposes the scene better, producing more detail and better color saturation. Although the iPhone 6s Plus' outputs stronger lighting, the resulting photo is pale and lacking in detail.

Outside at night, the iPhone 6s Plus and LG G4 resolve a similar level of detail across the scene, although photos from the G4 seem less noisy, but the heavy filtering applied tends to crush fine details (look at the pavement). Of note, though, is how evenly the iPhone 6s Plus exposes the scene compared to the LG G4. Used in Auto mode, LG's flagship tends to soak in a tad too much light at night, which enables it to illuminate even poorly lit objects, at the expense of over-blowing highlights. The more artificial light sources you have, the more apparent the behavior. The result is a hyped-up, brightened representation of the scene. While unquestionably darker, the iPhone 6s Plus' output is truer to life, even if colors seem subdued. We did mention that both the iPhone 6s Plus and LG G4 are able to record 4K (UHD) resolution video, correct? Well, a key difference here is that the Apple flagship is able to record UHD videos of unlimited length (limited only by the amount of free storage you have), while the LG G4 is limited to 5 minutes per video. 4K footage from both phones, shot at 30 frames per second, looks impressively detailed.

If you like that silky smooth 60FPS motion in your videos, you have that option on the iPhone 6s Plus, although footage is limited to 1080p resolution. Disappointingly, the LG G4 only goes up to 30 FPS in 1080p regardless of the video resolution setting. We must note that changing the video recording resolution through the Settings menu on the iPhone 6s is not a very efficient solution, as we'd much rather do it from within the camera app itself, like on the LG G4.

Overall, video quality is great from both smartphones, as they deliver good detail and even exposure. The iPhone 6s Plus favors a warm look, while the LG G4 tries to stick to a more natural color reproduction. Also, we noticed that the LG G4 has a wider field of view, while the iPhone 6s Plus has a narrower one, making videos look as if they're slightly zoomed in. On the downside, the LG G4 sharpens details more aggressively and its image stabilization isn't as effective as that on the 6s Plus. 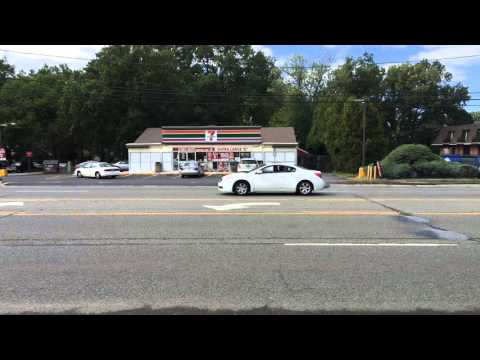 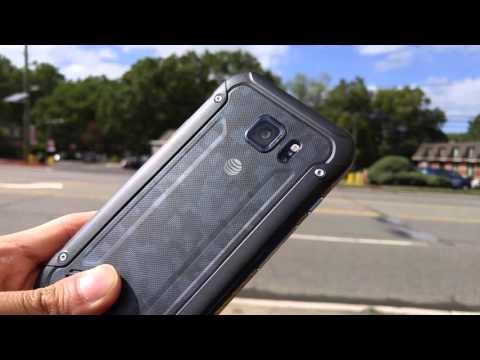 Big screens and loud speakers galore! The iPhone 6s Plus wins with iTunes and Apple Music integration, but the LG G4 accepts all kinds of video formats.

Watching photos and videos is a joy on both smartphones, for they offer a fluid and feature-rich experience. Basic photo editing can be done inside iOS' and the G4's built-in gallery apps, although the free Apple iLife suite, available in the App Store, makes for an editing package of better quality than what's available on the LG G4 out of the box. Music and video playback is great on both devices, although iOS's stock music player has much tighter iTunes and Apple Music integration than the LG G4 player's relationship with Google Play Music. That only matters if you're bought into the respective services, though. Moreover, the LG G4 is willing to accept almost any audio and video music format, while the iPhone 6s Plus' iTunes sync ordeal is stringent in regards to the file formats that you can experience on the device.

Measuring loudspeaker loudness, the LG G4 (79dB) is a full 8.4dB louder than the iPhone 6s Plus (71.6dB), although we liked the sound coming out of the Apple flagship more — it's simply livelier, with a nice depth and clarity to it. Even really nice smartphone speakers, such as the BoomSound speakers on the HTC One M9, sound somewhat muddy next to it. We can also say the same for the bundled earphones. The Apple EarPods easily outclass the LG G4's in terms of sound quality. Not that they are perfect or anything, but LG's earphones sound downright dull in comparison. Music players
Regardless of their image reproduction differences, watching video is a fun thing to do with the iPhone 6s Plus and the LG G4. They both rock great 5.5-inch displays suitable for the task at hand. Even if the G4's colors are rather overblown, we must say that watching videos on its screen is a pleasant experience, especially if you happen to have some UHD content to really make all those extra pixels count. Additionally, the LG G4 lets one float a video on top of everything else going on, so you don't have to miss a beat if you need to do something else while watching video.