Stunning photos are in abundance here with the camera, so it’s a perfect companion for sharing the memories.

For as long as we can remember, the iPhone has always been a strong performer when it comes to snapping photos. Unlike the other handful of flagships announced or released recently, which keep getting armed with bigger count cameras, the iPhone 6 Plus matches its predecessor by packing along an 8-megapixel iSight camera in its rear – complemented by its five-element f/2.2 aperture lens, true-tone dual-LED flash, 1080p video recording, and a neat 240 FPS slow motion capture at 720p.
Naturally, we’re not too concerned that it’s not trying to win the megapixel race, like how many of its rivals feature 13-megapixel and up sensors. However, what’s strange this time around, whereas it wasn’t an issue with prior iPhones, is the slight protrusion of the lens from the rear. It’s not flush, so the phone is uneven when it’s laid down on its back. At the same time, since the lens juts out, a small portion of it does indeed come in contact with the surface.
Generally speaking, most people won’t realize it, but the iPhone 6 Plus’ iSight camera sees a subtle improvement in its responsiveness. Armed with a new sensor with Apple’s fancy termed “Focus Pixels” phase detection autofocus system, the phone is able to seamlessly and instantly focus on something faster than before – so that translates into snapping photos in a heartbeat, and without the worry of images coming out blurry. The 6 Plus is also the first iPhone to come with optical image stabilization, helping for reducing handshake blur in low light and for keeping the video more stable. Image: 1 of 9
As for the camera interface itself, it has a familiar interface with a few new options, among which is the self-timer. When it is enabled, a delay of 3 or 10 seconds is set before the camera takes a burst of photos. Speaking of which, the camera automatically starts shooting in burst mode when its shutter is held down. Another improvement in the new Camera app is the added manual control over the image's focus and exposure. Holding down a finger on an area of the frame will lock the focus and exposure at that point. If needed, the exposure can be adjusted with the help of a slider that appears. The manual controls are designed in a way that makes them really easy to use even by non-experienced photographers.
When it comes to video recording, Apple has added Time-Lapse mode to its Camera app. While nothing new to see on a smartphone, this feature is used for shooting videos that "condense" a long period of time into a much shorter video.
You won’t go wrong snapping photos with the iPhone 6 Plus - it produces identical results as its sibling in the iPhone 6. Therefore, what it captures are photos filled with a ton of sharp detail, proper exposure, and colors that won’t fail to dazzle the eyes. Although there’s no separation between the qualities produced here versus the iPhone 6, there’s a moderate amount of improvement found with its low lighting performance against last year’s iPhone 5s.
In particular, there’s less disturbance in its quality due to digital noise, which has been toned down to cast a noticeably sharper composition. Furthermore, with the option of adjusting its exposure pre-shot, we have the power to brighten up the scene to expose details that would otherwise be lost. And if that’s not enough for you to accept the results, its true tone dual-LED flash casts a potent punch to not only lighten up the visuals, but it usually gives our photos a warmer tone.
In the end, we can’t complain about the results here with the iPhone 6 Plus. It’s snappy, high quality, and delivers astounding results that can be altered later on to a greater degree for print outs. However, we can genuinely say that the biggest impact is seen with its low lighting performance. Aside from that, it’s really tough to say that it has a considerable advantage over the iPhone 5s and 6.
Arguably the best at taking panoramic shots, the iPhone 6 Plus’ Pano mode now enables us to capture higher-resolution panoramics that top out at a whopping 43-megapixels. The process, of course, is pretty intuitive, but just be careful to monitor how many you capture, since they occupy a huge amount of storage. If there’s one standout that favors the iPhone 6 Plus over the standard iPhone 6, it has to be that it features true optical image stabilization – whereas with the iPhone 6, it’s only a digital one. We’ll vouch that the iPhone 6 Plus records some amazing looking 1080p videos that are filled with plenty of sharp details, lively colors, and moderate exposure adjustment.
Indeed, its OIS feature kicks in to smoothens out our videos, where it exhibits that flowwy look, but in all fairness, the iPhone 6’s digital stabilization produces results that make it hard to tell which one is actually using true hardware OIS. Nevertheless, we do appreciate that Apple has finally incorporated continuous auto-focus, which is pretty responsive in adapting. And finally, its audio recording quality has been improved, as voices now have a more prominent tone – whereas before with the iPhone 5s, it sounded like voices were distant. For those looking for 4K ultra high-resolution video recording, we'll disappoint you that the iPhone 6 Plus doesn't offer it, unlike most of its rivals.
Last year brought on the introduction of 120 FPS slow-motion capture at 720p, but the iPhone 6 Plus’ upgraded hardware now permits it to capture those same 720p videos at an astonishing 240 FPS. We all were impressed with the 120 FPS capture, but this totally takes it to a new level. Increasing the frame rate allows fast-movements to be slowed down tremendously – to the point where every motion has an artistic grace to it. 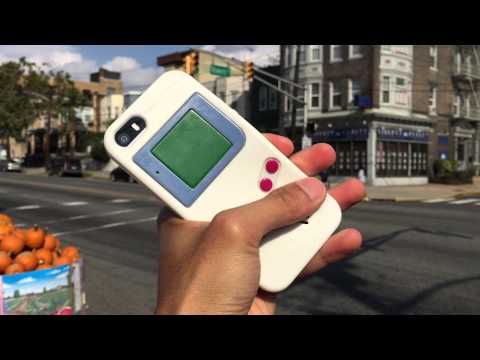 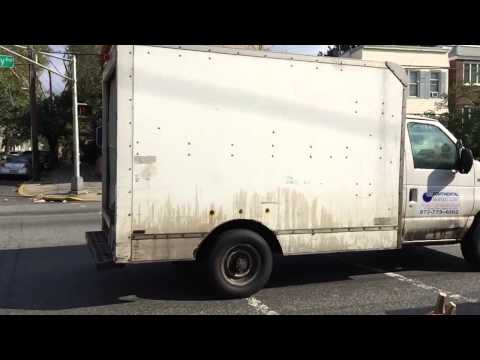 The best part about the iPhone 6 Plus is that it’s the perfect size for when it comes to watching videos. Image: 1 of 15
With iOS 7, photos could be edited straight in the Photos application, but the editing options available weren't many. Yet now, iOS 8 allows us to fine-tune an image's light and color. Modifying any of the two parameters actually changes a number of values simultaneously for a more pronounced effect. For example, making a photo lighter boosts its brightness and contrast while reducing the exposure and highlights. We know this may seem complicated, but it is not. In fact, Apple has made its image editing features in iOS 8 so easy that anyone can do it. The instant previews show what a photo will look before it is even modified, which is neat. Also, we're glad to see that photos can now be rotated freely. The auto-enhance, red-eye removal, and filter tools from before are present.
The music player remains unchanged from last year’s offering with iOS 7, so the visuals and functions are identical. Even though it continues to be integrated with iTunes Radio, we’re still required to go into the phone’s settings menu to adjust its equalizer setting. Now, it would be more useful and logical, to have it accessible directly from within the music player – as opposed to exiting out from it and then proceeding to go into the settings menu.
You’d think that the iPhone 6 Plus would emit stronger tones than the iPhone 6 with its speaker, since it’s a larger sized phone and all, but that’s not necessarily the case here. Rather, its internal speaker cranks out a maximum volume output of 71.6 dB, which is less than the iPhone 6’s mark of 74.5 dB. Despite that, we can attest that its quality is pleasant due to its crisp tone – plus, it doesn’t crackle at the loudest volume.
To tell you the truth, we don’t know how some people lived all those years trying to watch long movies on the iPhone. Well, we’re happy to report that the iPhone 6 Plus is an exquisite thing for the occasion – now that it boasts a sizable screen that’s ideal. All sorts of videos come to life thanks to its large and sharp looking screen, which is complemented by its smooth playback. Functionally, though, it lacks the features of its main rivals. In particular, the multi-tasking elements with video playback on certain Android phones.
View all