The 13.1 megapixel snapper is complemented by a functional, albeit a bit cumbersome, camera app Image: 1 of 4
Alcatel has, again, packed an impressive 13.1 megapixel sensor, paired with an LED flash, in the OneTouch Hero 2, as it did with its predecessor, and has improved upon it, by adding OIS and expanding the camera app. The shooting modes now round up to HDR, panorama, wide angle shot, burst mode, sports mode, and an elaborate manual mode, which gives photo aficionados control over focus, shutter speed, ISO, and white balance. The camera supports autofocus, facial and smile recognition, as well as live filters.

Snapping photos is not the fastest ordeal, as the app will sometimes take a while to load and its interface is a bit choppy in itself, which will often discourage the user from navigating the somewhat cumbersome menu, and will prompt them to just take photos in Auto mode.

Still, if one has the time to set up a shot, they will be treated to a natural, color-accurate image. The pictures come out soft, though, sometimes – a bit too soft for our taste. The contrast of the camera also leaves something to be desired, as it is a bit too high, which leads to images and videos often having large dark, or overexposed, areas. The phone's HDR function aims to fix that, tough, what it mostly does is boost the picture's brightness and make it appear washed-out. HDR shooting is also slow and only usable for shooting static objects; it will require the user to stand still for more than a second, too, else the photo will get blurred. Having more control over how the camera operates is a joy, and users who choose to buy the phone for its shooter will definitely spend most of their time tinkering with Manual mode. There are very few smartphones out there at the moment, which allow access to a shutter speed or flash intensity setting, and being one of them earns the Hero 2 some points.

The OIS is definitely noticeable when shooting video – it will clear out small stutters, resulting in a clip that does not cause nausea. Still, it's not magic-in-a-box and a certain degree of steadiness is required for a good viewing experience afterwards. On the subject of shooting video – clip resolution caps out at 1080p at 30 FPS. 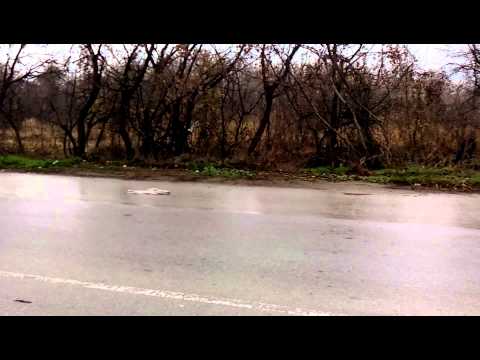 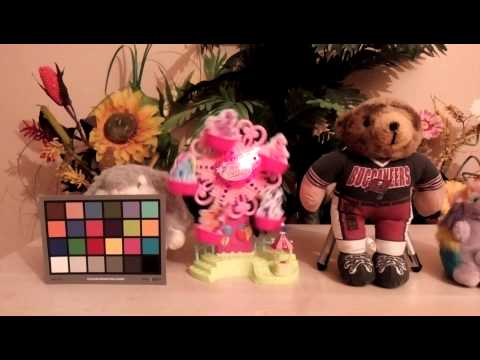 The picture preview interface does deserve a mention – once the user has finished taking photos, sliding left over the viewfinder will roll in a slideshow of the last taken pictures. The user can then pinch zoom-out for a filmstrip view of the images and swipe up on any photos they wish to delete – much easier than the tedious process of finger-pecking them out in a gallery view.

The OneTouch Hero 2 is made for media consumption and its 6-inch, 1080p display and balanced-sounding speakers deliver Image: 1 of 4
The speakers of the Hero 2 do not disappoint – they may lack a bit of bass, but their frequencies are well balanced out and nothing annoying or ear-piercing pops out. They are not capable of very loud volumes, though, that's probably for the best, as currently – the speakers do not distort, even when dialed up to the highest level.

The phone offers a special Hi-Fi mode, which works only when the headphones are plugged in. Alcatel promises that it enhances the audio playback to lossless fidelity, though, upon testing, we only felt a volume boost.

The music player offers nothing crazy – songs are arranged in an alphabetical fashion and are easy to find. Aside from that, it has a custom playlist function and sections for artist and genre arrangements, favorites, and recently added songs.

The video player is simplistic, but gets the job done just fine. It allows the user to undock the video and keep it in a floating window, while working on something else in the background and this is pretty much the entirety of its fancy features. Video playback looks crisp and the 6” screen provides for a pleasurable viewing experience.

Alcatel includes a JBL headset in the box, which sounds pretty detailed and does not pump out obscene amounts of bass, as in-ear headphones are usually prone to do. There are 3 sets of tips included, for different ear sizes, and as long as the user is an in-ear headphone type of person, listening experience is great. Just be careful for those loudness levels.